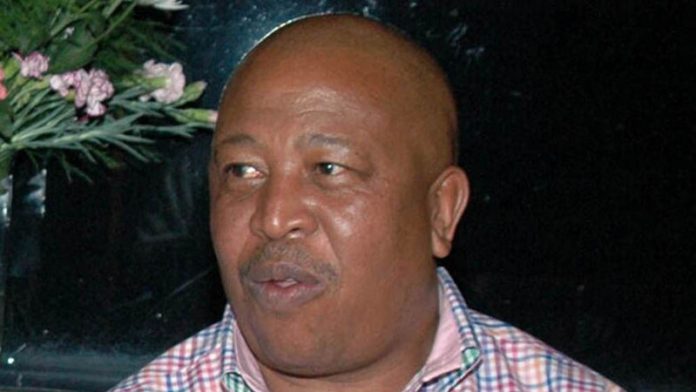 A number of spooks are now based on the 11th floor of Luthuli House in the Jo'burg CBD.

When the Mail & Guardian called Luthuli House's switchboard this week asking for Thabo Kubu, the former National Intelligence Agency (NIA) officer who heads up the ANC's screening project, the operator transferred our reporter to an unidentified staffer.

The staffer referred us back to the switchboard, advising that we should ask to be transferred to "Project Veritas" on the 11th floor.

When we called the switchboard again, the operator said: "I can't transfer you to the 11th floor because NIA people work there and we are not allowed to give their numbers."

The M&G reported earlier this month that the ANC had introduced a stringent screening process, dubbed Project Veritas, to sieve out rotten and questionable candidates for positions in Parliament and provincial legislatures.

Project head
Project Veritas is headed by Kubu, who worked in the ANC's notorious security department during exile. Known as Mbokodo, President Jacob Zuma was its deputy head from 1986 to 1993.

The M&G can confirm that several former Mbokodo members are either on the project or were approached to be part of it.

Kubu is listed as a director, with former NIA boss and ANC leader Billy Masetlha, and the deputy minister of correctional services, Ngoako Ramatlhodi, in a company called Maruapula Capital.

On Thursday Kubu denied that he was head of Project Veritas.

"I am not working there. Call [ANC] secretary general [Gwede Mantashe]," he said. "Those who say I work there, ask them how much I get paid. I don't even know where to collect parking tickets.

"It's the first time I hear this. I am a businessman. I attend meetings of my own ANC branch. I don't go to their meetings. I am not in politics. I do renewable energy and finance. Maybe Luthuli House is still going to approach me on that."

"I have not seen the entire team, but I can confirm that Kubu leads Veritas," Zulu said.

"I trust him. He has done that [job] before. He did it during one of the most difficult times during apartheid. If the ANC leadership did not trust him, it could not have put him there."

A former senior NIA officer said Kubu had tried to recruit him to the project.

Meanwhile, Zulu justified the party's use of spooks to screen aspiring MPs.

"The ANC is implementing decisions taken [at its conference] in Mangaung to make sure we have got the right people in the right places. If this is left to many [people], it will never happen."

In-house NIA
State security spokesperson Brian Dube said it was the first time that he had heard that NIA officials were working at Luthuli House. He said it would be difficult to comment without the facts.

As far as he is concerned, State Security Minister Siyabonga Cwele had not authorised any security official to work at Luthuli House.

Project Veritas has caused some anxiety and ructions within the ANC, with some candidates fearing that it is an attempt by Zuma's supporters to tighten his control over the party's caucus, fearing that not every MP supports his second term.

Some candidates previously raised concerns that the information gleaned during the screening process could be used against them by the dominant rival faction.

Two government officials with intimate knowledge of the ANC's screening process said that the spooks had advised the ANC that some of the candidates were "undesirable".

Rogues allowed
It is understood that some senior ANC officials sympathetic to Zuma insisted that the names of those believed to be loyal to the president remain on the list, irrespective of their moral standing. This has caused concern that the party is not serious about ridding itself of rogue elements.

Zulu, however, tried to allay these fears, saying no personal information would be used against candidates and that "if people are unhappy they know what to do. There is no dictatorship here."

The use of professional spooks to vet ANC candidates comes at a time when the party is facing a tough election and an increasing revolt by party veterans who believe the ANC is undermining public institutions to protect Zuma. The dissenting voices were triggered by the ANC's hostile reaction to public protector Thuli Madonsela's report on Nkandla. Madonsela found that the president and his ­family had benefited from the multimillion-rand security upgrade at his home in Nkandla, and ordered Zuma to pay back some of the non-security expenses.

The former high commissioner to the United Kingdom and an ANC stalwart, Zola Skweyiya, as well as ANC Veterans League president Sandi Sejake and former Arts Minister Pallo Jordan, broke party ranks in their condemnation of Zuma's leadership and the party's handling of Nkandla.

Sejake said the present ANC was "not the liberation movement we knew. It cannot liberate us anymore," he said.

"There must be institutions that will reclaim what leaders like OR Tambo and Walter Sisulu stood for. There must be a group of South Africans that will stand up and guide the nation. To me, Thuli Madonsela brings that element."

Respect for the report
Skweyiya called on all ANC members and structures to respect Madonsela's report.

"When the people attacking Mandonsela happen to be high [ranking] officials, it is worrying."

Skweyiya dismissed claims that Madonsela was a Democratic Alliance agent.

"I knew her before she became public protector. She was very sympathetic towards the ANC."

Skweyiya said Madonsela should have been afforded the space and time to conclude her report without being attacked.

"You heard what Thabo Mbeki has said, what Trevor Manuel has said, I don't want to say anything more than that. The ANC must discuss this matter thoroughly when it meets this weekend."

The party's national executive committee meets on March 28 and 29 .

Damaging attack
Manuel said the attack on Madonsela's office weakened public institutions and democracy, comments that triggered accusations from Mantashe that the planning minister was a "free agent".

Mbeki said the Nkandla report was worrying and showed disturbing signs of how the country was being managed.

Writing in Business Day on Thursday, Jordan said Zuma had been implicated in every scandal during his time in office, making it impossible to approach his office.

"If they want to raise concerns publicly, it's okay, it's a free country, but it's unfortunate that they are attacking their own party in public."

Nehawu challenges the ANC’s mismanagement of staff salaries in court