SADC ogles a double D shift for the youth 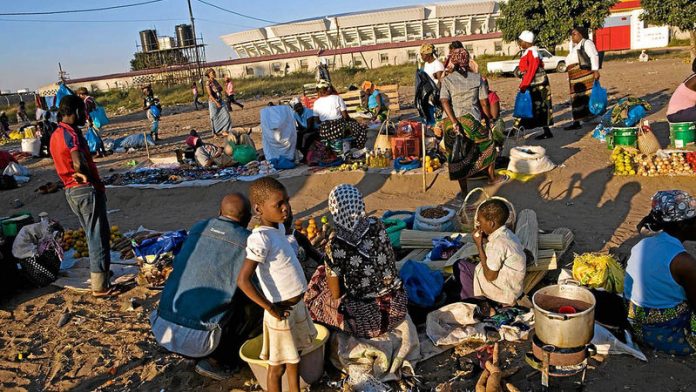 A well-worn catch phrase in the field of demographics is “demographic dividend”, often abbreviated to an undergarmentesque “DD”. According to an International Monetary Fund definition, a DD refers to “the transition from a largely rural agrarian society with high fertility and mortality rates to a predominantly urban industrial society with low fertility and mortality rates”.

“At an early stage of this transition,” the definition continues, ­“fertility rates fall, leading to fewer young mouths to feed. During this period, the labour force temporarily grows more rapidly than the ­popu­lation dependent on it, freeing up resources for investment in ­economic development and family welfare.”

A second dividend potentially occurs when this generation of labourers, likely to live longer than previous generations, accumulates savings to tide over a long retirement — savings that, no matter where they are invested, cause national income to rise. At present the term is hard at work in conference rooms across Africa, where, it is increasingly reported, the demographic structures of many African countries are beginning to resemble the preconditions for a DD.

The phrase can be somewhat alchemical in effect in the sense that what has previously been seen as an intractable problem — the problem of too many young people on the one hand and too few jobs, resources and the like on the other — can be recast as a set of future-saving potentialities. A typically upbeat sentence would be this, the opener from a 2013 paper called Creating and Capitalis­ing on the Demographic Dividend for Africa, co-sponsored by the United Nations Economic Com­mission­ for Africa and the African Union Commission: “The demographic ­dividend (DD) represents a golden opportunity for many ­developing countries to ­experience accelerated economic growth as a result of population changes.

Africa in particular is ­ideally positioned to (1) create the opportunity for a DD and (2) develop an environment conducive to ­reaping the benefits of the DD. The time for sustained action to take advantage of this potential is now.” The Southern African Develop­ment Community (SADC) has embraced the positivism inherent in DD theory.

The foreword to its draft Strategy and Business Plan on Youth Empowerment and Participation for Sustainable Development 2014-2019, for example, opens in the utopian register by suggesting that “The future of an integrated and prosperous SADC that has ­eliminated poverty­ and guaranteed universal wellbeing for its peoples, amid peace, tranquility and security, is within reach from an unusual source — the region’s ‘very young population’.”

The region’s population is indeed very young. SADC’s own 2011 Statistical Yearbook informs us that 76.4% of the regional population is under the age of 35. Some 42% of an estimated 274-million people are believed to be under the age of 14. Another 20% are between the ages of 15 and 24, and 35% are between the ages of 15 and 34. So far, so good. But are SADC’s ­member states ­“ideally positioned to create the opportunity for a DD”? Not quite.

According the UN’s 2009 study World Population Prospects, the average woman in the region is expected to go on having an average of five or more children during her reproductive lifetime, resulting in the steady growth of the 15-to-34 ­ category up to 2050 at least. This is concerning because, as mentioned, any demographic “bonus” depends on a lucky generation or two of working-age youths (15-34) being less burdened with dependents than previous ­generations.

These lucky generations also need to be equipped with skills, kept healthy, and they must, it goes without saying, have economic­ opportunities. Currently almost the opposite is true. The region has an average tertiary enrolment of 7%, and unemployment figures for the 15-to-34 ­category range from 25% to 90%.

South Africa, the region’s economic­ hub, has the third-worst unemployment figures in the world for youths between the ages of 15 and 24, according to the World Economic Forum Global Risks 2014 report. And far from being healthy, Southern Africa is the region of the world worst affected by HIV and Aids. According to SADC research there are an estimated 19-million orphans in the region, 70% of whom lost their parents to Aids-related illness.

For the majority of these orphans and the 50% to 74% of the populations in the nine poorest SADC states that SADC says live on less than US$1.25 a person a day, there are no state welfare safety nets. Even in those countries that do have social welfare systems, the ­support falls away at 18, too early to deliver most from vicious poverty cycles.

These daunting problems are not new, and have long been acknow­ledged by the leaders of SADC ­member states. What is relatively new is a determination, shared by the SADC secretariat and ministers responsible for youth issues, to address these issues and their ­implications in the name of the demographic dividend. Part of the answer, they believe, is an elevated role for “the youth” within the SADC secretariat, to the extent of there being a youth ­presence at all meetings of SADC ministers in the near future.

To work out the details a SADC technical committee of experts was appointed and the result so far is the draft Sadc Youth Empowerment Strategy and Business Plan 2014-2019, which should be adopted in some form at the annual SADC Summit in July. Here, too, the SADC secretariat — which has a reputation for being anything but inclusive — surprised a few people by organising, with the support of the Southern Africa Trust and the Open Society Initiative of Southern Africa, a Youth Consul­ta­tive Forum in Lilongwe on April 7 and 8, at which representatives from national youth councils in member states as well leaders of youth-focused civil society organisations (CSOs) were asked to give their input on the draft strategy. Interestingly, this uncharacteristically inclusive conference took place in the same week as the last of the employees of the suspended SADC Tribunal — the ones with contracts till 2016 — received their Dear John letters.

The fact that this went completely unreported (final confirmation that the only regional human rights court ever to have been established has been killed off without any reasons being offered) suggests the region is guilty of a general lack of interest in the actions of the SADC secretariat, whether imperious or inclusive. Of course, this sort of cynicism and apathy extends to multilateralism generally, especially where the youth are concerned.

As Brian Kagoro, a regional advisor­ to the UN Development Programme, told the gathered youth leaders in Lilongwe: “You young people are brought to New York [the UN headquarters] to Addis Ababa [the AU headquarters] to go to the night clubs and come a bit to the conferences, and we tell you that you are the future. “I have to assure you, though, that no matter how important we say you are, you are merely invitees. There will be leaders present who are sensitive to youth issues, but our sensitivity does not transform the configuration of power in the room. What I’m telling you is that the most vocal presidents on youth participation are those who have passed youth 15 times, if you follow.”

This is a troubling statement for young people to hear (though it was one that was warmly applauded by the youth delegates at the conference), because as Kagoro himself later admitted: “It is no longer within the ambit of the nation state to answer all questions that pertain to demos, or the people.”

There are, in other words, many problems — many of them directly impacting on young people — that can only be addressed at regional or global forums. In fact, many of these problems are made by negotiation at the regional, continental or global level, behind the back of the demos, as it were, and it is thus at these ­levels that young people need to make their voices heard.

“Youth participation” may well be one of the great sops of the multi­lateral environment, but if it achieves nothing beyond a SADC youth strategy, if it regularly draws together young leaders from ­political bodies, CSOs and the ­private sector (even if they do end up in nightclubs), it might help to begin to dissolve a problem that at present stands tower­ing in the way of regional co-operation aimed at solving common problems: the demon of xenophobia.

This article forms part of a series presented in partnership with the Southern Africa Trust (SAT). The series looks at key development issues in the SADC region.