Heinrich manoeuvres take our breath away 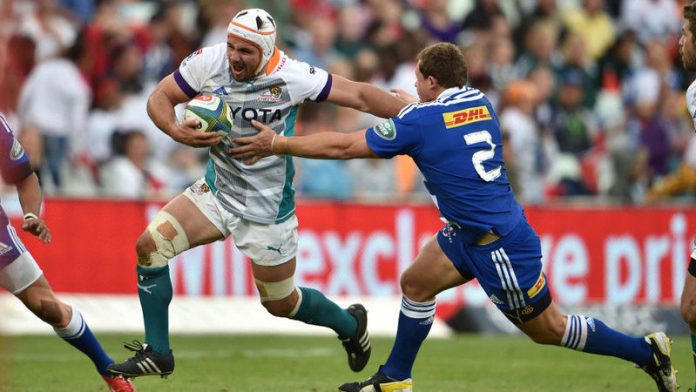 Super Rugby this season has provided any number of compelling reasons for despair. But at least Willie le Roux and, more recently, Heinrich Brussow have done what they can at the Cheetahs to bring some style to the party. Le Roux gives the impression of a furious rugby intelligence animating his every move and, with Brussow finally back in the saddle, the Cheetahs – of all the local sides – seem to be enjoying themselves the most.

Brussow said as much in the post-match interviews on Saturday after his side’s comprehensive win over the Stormers. He even had the temerity to utter the unutterable, saying that it was good to be back and “fun” to be playing again after his three-month injury.

“Sometimes you play it tight and some games there’s more tackling,” he added in a later telephone interview. “Against the Stormers we played it loose and made some line breaks and it was a bit more open, so it was a nice game to play in. It might be a bit different against the Bulls [on Saturday].”

Where there is fun on the field there is fun on the stands and in the lounges. With the Sharks appearing to falter slightly after last weekend’s loss to the Highlanders, it is the Cheetahs who neutrals will be keeping their beady eyes on over the coming weeks as the South African flag flies increasingly at half-mast.

They don’t always play in Bloemfontein – indeed they are away to the Bulls this weekend and away to the Stormers later in May – but the good news is that they stay in South Africa, in the environment in which they are at their natural best. The Force and the Brumbies come a-visiting shortly and Brussow will be at the first ruck for the customary meet and greet, doubtless doing his impression of the human meerkat to huge effect.

Ferret
It was interesting to watch him work against the Stormers. All too often Brussow is typecast as a highly effective ferret, a player whose dominion is the ground and the grey area around tackles and rucks. Yet against the Stormers he showed that he has a good pair of hands, can ride a tackle and is happy to be a link or temporary scrumhalf when occasion demands. He might not have the height or the bulk of, say, a Duane Vermeulen or a Willem Alberts but, to call to mind an analogy with a hometown spin, you surely can’t criticise him for not being an apple when he’s clearly an orange.

This is important because being an orange (to coin a phrase) means playing the game as quickly as possible and then allowing Le Roux’s quick-witted brilliance free rein. Le Roux mesmerised Province on Saturday. Like all special rugby players, he sees more deeply into the heart of the matter than most, a state of affairs that suggest that Elgar Watts’s days at flyhalf might be numbered.

Brussow’s depth of vision is not quite so acute, but then it probably doesn’t need to be. His perspective is naturally foreshortened. He looks for the ball like a sniffer dog would nose for contraband at airport customs, while somewhere behind him Le Roux can survey the battlefield carnage like a disinterested general.

“Defence has been a bit of a problem for us so far this season, like in the game against the Chiefs and the Crusaders,” said Brussow.

“But now we have an opportunity to change things. The guys are good friends and like each other’s company, so we are hoping to turn things around. Some of them spent time with the wife and kids on the public holiday [Workers’ Day] and some of the guys like to go hunting, so I think I’ll be out there shooting some doves.”

Whatever their preferred form of relaxation, with Brussow and Le Roux in the side, the Cheetahs can always find a pattern to play to their strengths: Brussow is the hinge upon which turnovers are affected and the ball is kept in play; by contrast, Le Roux has the helicopter view. His work involves spotting weakness in the opposition and either exploiting it himself, as he did for his second-half blindside dash against Province, or starting the move that allows others to grab the glory.

In tandem, the two rather remind one of other combinations. It was always said that Aussie bowlers Glenn McGrath and Shane Warne weren’t the best of mates, but they initiated a fierce complementarity. When they bowled together they took more wickets than they did when they played apart.

You rather feel that Le Roux and Brussow do something similar for each other. And what is good for the Cheetahs is surely good for the legions of rather jaded Super Rugby fans who are hedging their bets as we speak.