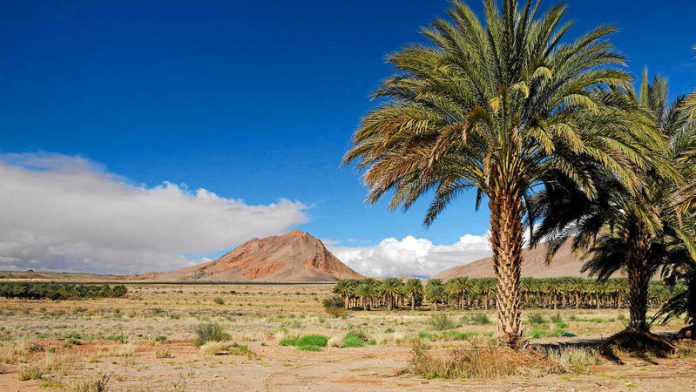 A South African businessperson continues to rake in millions of Namibian government dollars for servicing two fruit farms in Namibia that have accumulated huge losses over almost 20 years.

This has prompted rumours that Petrus Abraham Karsten’s company, trading in Namibia as PA Karsten, is being “protected”.

He is a shareholding director of South Africa’s leading crop producer-exporter, Keboes Fruit Farms, in which South Africa’s Industrial Development Corporation has a stake.

According to a due diligence report commissioned by the Namibia Development Corporation (NDC) and leaked to amaBhungane, Karsten receives a monthly income of about R150 000 plus VAT for services he renders to the Naute Dam and Eersbegin projects, located respectively near the towns of Keetmanshoop and Khorixas.

The report, by Cape Town-based Genesis Corporate Services, finds that, despite carrying no risk, Karsten receives a salary plus an 18% commission in management, marketing and distribution fees calculated on sales revenue.

De Wet would not reveal the historical losses but the Genesis report claims that Eersbegin lost R2.6-million and Naute R18-million in the 2012-2013 financial year alone.

The report found that the projects will continue haemorrhaging funds for the next six years, with the combined projected losses estimated at R73-million.

The report warned that to carry on “throwing good money after bad” could be seen as an act of negligence. “NDC management are in a fiduciary relationship and need to seem to act in the best interest of NDC and to achieve its development goals.”

It states that the contract between Karsten and the NDC can be terminated on six months’ notice.

‘Rendering an excellent service’
Karsten signed a contract with the NDC in 1993 to render technical and marketing services to Eersbegin, principally a date farm.

His contract to service Eersbegin and Naute, mainly a producer of dates and table grapes, was extended in 2012 until 2018, with an additional one-year automatic rollover.

De Wet said Karsten is “rendering an excellent service” and that the government’s investment is designed to develop new infrastructure, including housing and cooling facilities.

When contacted, Kars­ten initially denied that he is being paid R150 000, claiming that he receives a R20 000 a month salary. He confirmed receiving the 18% commission but said this is “normal business practice”.

He later agreed that, at one stage, the NDC had paid him the R150 000 fixed salary for a year. But, he said, the money had been used to pay salaries of four managers hired to manage Naute during that period.

Karsten said allegations by NDC officials that he is “protected” because his contract continues to be renewed despite continuing losses were “pure rumour”.

“I hear these rumours peddled in Keetmanshoop that De Wet is getting money [from me] to protect me. I deny it,” he said.

No risk
Karsten disputed the Genesis claim that his contract favours him because he carries no risk. “The contract is not one-sided. Two parties signed it,” he said.

Asked about the report’s finding that the farms had not achieved breakeven, Karsten remarked: “I can’t believe it.”

He added that the findings are “somewhat unfair and incriminating” since he is not in full control of the farms.

“I feel discriminated [against]. It looks like I am now the vark in die verhaal [pig in the story]. I was born in Namibia. I thought I could plough [skills in crop production] back into country, especially in the south.”

“There’s a difference between a commercial and government project. The report can say what it says but I’m positive about the projects,” adding that if his company was given more control there would definitely be a turnaround.

Karsten said NDC management had even suggested at one stage that his company take full control but that nothing came of it because of “political interference”.

“Globally politics is a challenge. I don’t want to incriminate people. Politics sometimes makes it difficult for the management to take a decision.”

‘Superficial’
De Wet said the NDC had also rejected the Genesis report as “superficial”. He added: “There are too many errors with regard to figures, while opinions were reflected as facts.”

Without going into detail he blamed “politics” for the leaking of the report to the media.

“You [media] are exposing yourselves. At one stage, we will ask how you got hold of the information,” he warned.

De Wet poured cold water on the report’s projections that the farms will continue making losses even with a sales revenue of R200-million, claiming Naute would break even this year and Eersbegin in two years’ time.

Denying accusations that Karsten was “handpicked” to provide services, De Wet said the government had gone through a full tender procedure.

The NDC board of directors, he added, had endorsed Karsten’s selection.

De Wet also rejected the report’s finding that Karsten is paid a fixed R150 000 a month, insisting that he receives only R20 000.