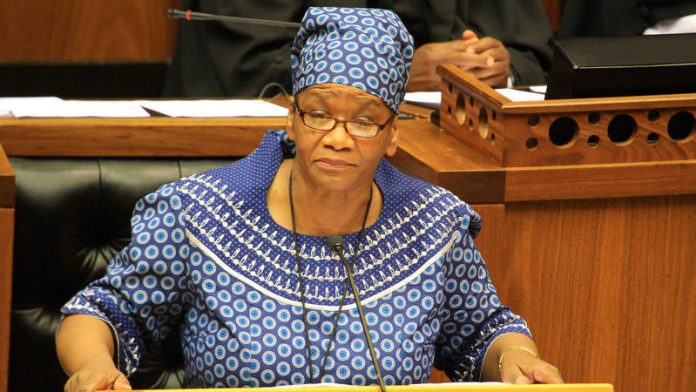 How many women are likely to make it as South Africa’s premiers in the eight provinces the ANC governs?

The Independent Electoral Commission handed over the final names of the 830 representatives for Parliament and the provincial legislatures to Chief Justice Mogoeng Mogoeng on Friday.

The ANC is eager to have a woman represented in the highest echelons of the party.

The party also wants four women premiers among the eight provinces that are controlled by the ANC.

The final provincial legislature lists also released on Friday revealed an interesting dynamic when it came to gender and the choices for premiers of the eight provinces where the ANC governs.

Eastern Cape
In Eastern Cape, current premier Noxolo Kiviet is as low as number 23 on the province’s list, meaning she is unlikely to return to the job. The new premier for the province may well be ANC chairperson Phumulo Masualle to avoid two centres of power, or former youth league leader and ally to President Jacob Zuma, Mlibo Qoboshiyane. But should the ANC consider gender a key factor in the decision, then Helene August, who is number two on the list, will emerge as a possible contendor.

Gauteng
Gauteng has long been split by two centres of power between the chairperson in the province, Paul Mashatile, and premier Nomvula Mokonyane. The provincial leadership initially lobbied for a change in ANC leadership and are perceived to be anti-Jacob Zuma. Mokonyane, however, has gone out of her way to prove her loyalty to Zuma, and despite being alienated within the party in the province, she looks set to be returned to her position as premier as a reward – despite how low down she appeared on the province’s original list. The national ANC id likely to overrule the wishes of their Gauteng leaders.

Failing the position of Gauteng premier, Mokonyane may be appointed to Cabinet despite not appearing on the National Assembly list – as happened with Mashatile in 2009.

The rest of the Gauteng list under the ANC appears to be an experienced legislature. It appears all the provincial members have been retained, which is good news for continuity in the province. The party will need to work hard to win back support there after it tumbled by more than 10% to a shock low of just 53% of the province’s vote this past election.

Western Cape
Western Cape ANC chair Marius Fransman will return to the Western Cape to lead the ANC caucus in the one province where it plays an opposition role. This will likely mean an end to his career in the national Cabinet: he was appointed to the post of deputy minister of international relations and co-operation on November 2 2010. Meanwhile, former ANC provincial secretary Mcebisi Skwatsha and former Western Cape premier Lynne Brown are featured on the national list for the ANC’s caucus in Parliament.

The obvious choice for premier of the province would once again be the Western Cape’s ruling party leader, Democratic Alliance head Helen Zille.

Mpumalanga
Mpumalanga’s previous premier, David Mabuza, is likely to be retained, despite claims of mismanagement and rife patronage in the province. He is a close Zuma ally who donated handsomely for one of the president’s weddings in 2008. The province also delivered one of the best results for the party in the 2014 elections, with about 79% of the province voting for the ANC nationally.

Limpopo
Limpopo is one of three provinces that has never had a female premier. It is believed discussions are under way about whether to retain the current premier, Stan Mathabatha, who is number one on the list, or choose female candidate Tembi Nwedamutswu, who is the provincial treasurer. Nwedamutswu is close to Zuma and the province delivered the lowest voter turnout since 1994 during Mathabatha’s short stint as ANC chair in Limpopo, at a little more than 60%. In addition, voter support for the ANC in the province dipped below 80% for the first time since 1994. The numbers are particularly worrying given that Limpopo was the ANC’s best performer in previous elections. Meanwhile, former Limpopo premier and one-time Julius Malema ally Cassel Mathale remains banished to the National Assembly to keep him from returning to Limpopo.

KwaZulu-Natal
KwaZulu-Natal is the second province that has never had a female premier, and it would be interesting to see if the ANC will appoint one now. Incumbent Senzo Mchunu was never Zuma’s preferred candidate for both ANC chair and premier positions. A faction aligned to the party’s secretary in the province, Sihle Zikalala prefer Nomusa Ncube (nee Dube). Ncube is number one on the province’s list. But to avoid two centres of power and divisions in Zuma’s stronghold, which led to the headaches in Gauteng that has seen a big dip in support, Mchunu may be retained

North West
In North West, the party’s health MEC whom this newspaper has exposed for wasteful expenditure, Magome Masike, remains safe at number four. Incumbent premier Thandi Modise is a bit low at five, given her position in the province and status as former national ANC deputy secretary general. Meanwhile, the standing committee on public account chairperson who gave MECs a hard time over misspent public funds in the province is completely out of the political picture. Hlomane Chauke may have been too vocal for his colleagues’ liking and is neither on the provincial nor the national list.

ANC chairperson Supra Mahumapelo is a leading contender for the position of premier after Modise fell out with Luthuli House bosses over Julius Malema’s expulsion from the ruling party. She also backed Kgalema Motlanthe in challenging Zuma’s presidency at the ANC’s electoral conference in Mangaung, and lost the position of deputy secretary general.

Free State
All indications are that Ace Magashule is likely to be retained as Free State premier, given that all his loyalists are back on the list. There were talks earlier this year that he might be replaced by Mangaung mayor Thabo Manyoni, but his name is not on the list.

At the first sitting of the National Council of Provinces (NCOP) on May 22, Chief Justice Mogoeng will swear in the NCOP’s permanent delegates and they will then elect the council’s chairperson, two deputy chairpersons and other presiding officers.