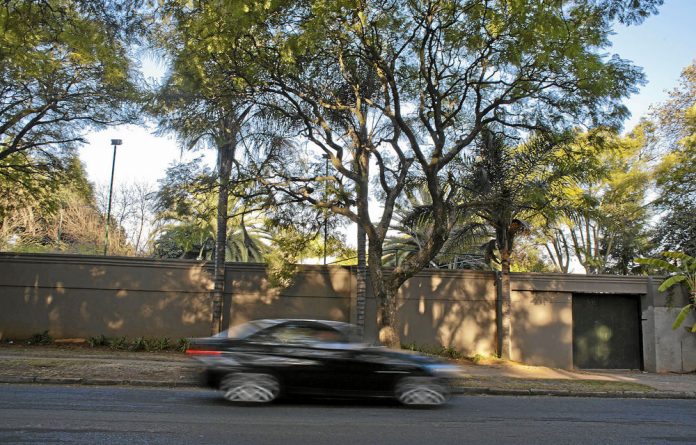 Siyabonga Mahlangu, until very recently the special legal adviser to Cabinet minister Malusi Gigaba, has agreed to buy a R5-million house in the leafy Johannesburg suburb of Birdhaven from the Gupta family.

While he was adviser to Gigaba at the department of public enterprises, Mahlangu allegedly used his strategic position to favour Gupta-owned companies that have business dealings with state-owned companies, including South African Airways, Eskom and Transnet.

The fact that Mahlangu entered into a private deal with the Guptas before even seeing out his contract in service of the state again raises the question of whether his relationship with the controversial family affected the execution of his official duties.

Mahlangu has consistently denied any wrongdoing, and did so again this week. “I refute any accusation … that I acted unethically and/or illegally,” he said.

The Guptas have several interests in the parastatal sphere, perhaps the most publicly known being their New Age newspaper’s lucrative subscription, advertising and business- breakfast sponsorship deals.

After being confronted last week with evidence that he was getting ready to occupy the property, which is still in the hands of a Gupta company, Mahlangu told amaBhungane this week that he made an offer to purchase on May 8 this year, and that it was accepted six days later.

Conflict of interest?
Although Mahlangu and Gigaba parted ways after President Jacob Zuma reassigned Gigaba to the home affairs portfolio late last month, in Mahlangu’s version he had made an offer to buy it in the last days of his previous employment as ministerial adviser. This in itself raises questions about a conflict of interests.

But there is evidence suggesting the deal goes back more than a year, to when Mahlangu was still firmly ensconced with Gigaba. More than one source told amaBhungane about a year ago that Mahlangu had, or was acquiring, a house from the Guptas.

An official, who moved in similar circles but asked not to be named, said the deal involved Rajesh “Tony” Gupta. Rajesh is one of the directors of Islandsite Investments 180, the Gupta company that owns the Birdhaven house.

AmaBhungane could not identify such a property at the time.

Deeds office records show that the Guptas had raised two multimillion-rand bonds against the property several years ago, but that they cancelled them in March and October last year. The cancellations suggest that the property needed to be unencumbered from the Guptas’ debt, possibly for handing over to a new owner.

Just touch-ups
When amaBhungane finally located the Birdhaven property on Tuesday last week, it was a hive of activity with a white pick-up truck in the driveway and blue-overalled builders and painters on site.

A supervisor said that he was doing renovations for “Mandle [Mahlangu’s wife] … and Siya[bonga Mahlangu]”.

Confronted about the property on Wednesday last week, Mahlangu claimed that he had entered into a purchase agreement with the Guptas, but would not provide basic facts, including the price he had offered.

Mahlangu was also hard-pressed to explain why renovations that the contractor’s supervisor had attributed to him started before the ­purchase process had been formally concluded. “Those aren’t ­renovations; they are just touch-ups,” he said.

He asked for more time to consult with “other people” and his bank, which he claimed he was negotiating a bond with, before he could respond in detail.

On Thursday this week he gave a detailed response, providing a purchase price and other specifics about how he and the Guptas had agreed to structure the purchase, but claimed off-the-record status for the information. He did not provide any documentary proof as amaBhungane had requested.

He did, however, state that “the current property transaction is legal and not a phantom or simulated transaction”.

Mahlangu also explained the so-called “touch-ups” to the property: “Last week, we requested plumbers, electricians and plaster[er]s to ensure that there were no glaring defects that would disqualify the property when valued by the bank on June 17.”

Mahlangu’s explanation appears to be contradicted by the fact that neighbours say contractors arrived on site more than three weeks ago, “at the mid to end of May”.

Cordial relations
The Guptas failed to respond to repeated requests for comment through family spokesperson Gary Naidoo. Naidoo said that he had been unable to secure a response because “the Guptas are out of the country”.

Although Gigaba acknowledges that he enjoys “cordial” relations with the Guptas, the nature of Mahlangu’s relationship with them while he was Gigaba’s adviser has never been fully interrogated.

Mahlangu was present at a bizarre meeting held at the Guptas’ Saxonwold home in October 2012, to which he allegedly invited ­then South African Airways chief executive Vuyisile Kona to discuss business matters with Rajesh Gupta.

Mahlangu and a Gupta family spokesperson have previously said that the meeting was about how various companies the Gupta family controlled could switch their corporate travel business to SAA.

But why Mahlangu invited the chief executive of the national airline to the Guptas’ private home to discuss Gupta family business has never been adequately explained.

Senior officials at SAA and Eskom also expressed concern to amaBhungane last year that Mahlangu had strong-armed them into increasing their support for the New Age.

AmaBhungane also saw evidence that Mahlangu was intimately involved in working out the details of SAA’s subscriptions to the New Age, resulting in the airline buying more copies of the paper than before and at a higher price. Eskom had been put under similar pressure, said a source, which led to them contracting the New Age to host six breakfast sessions for R7-million in total.

At the time, Mahlangu’s attendance at the Saxonwold meeting and his attention to the finer details of subscription pricing seemed out of keeping with his role as legal adviser to the minister.

But this week Mahlangu said that “the republication of the defamatory allegations does not make them true”.

“I have in the past answered the allegations made in the articles listed by you. I have stated categorically that I discharged my functions as special advisor ethically and in accordance with the law.

“I reiterate that at all material times I acted within the course and scope of my employment.”

Trading influence
Before agreeing to the property transaction with Mahlangu, the Guptas appear to have used the Birdhaven property to trade influence with a power broker from a bygone political era.

Former minister in the presidency, Essop Pahad, one of Thabo Mbeki’s closest political allies, is a one-time owner of the property.

Having bought the property for R1.8-million in 2003, deed records indicate that Pahad sold it for R5-million to the Gupta’s Islandsite Investments, in November 2006.

However, neighbours say that the Pahads continued to live there for a number of years – right through the watershed ANC elective conference in Polokwane in December 2007, Mbeki’s recall from the presidency in September 2008 and Pahad’s subsequent resignation in solidarity with his principal, until shortly after Jacob Zuma became president in May 2009.

Pahad then became a director of two Gupta-owned companies – their computer business Sahara Holdings in 2009 and newspaper company TNA Media in 2010. He has since resigned both directorships.

Pahad last week refused to explain his relationship with the Gupta family: “It’s not your business … [if] you people want to play your games against the Gupta family, you can proceed.”