Baxter’s conundrum ahead of MTN8 semifinal 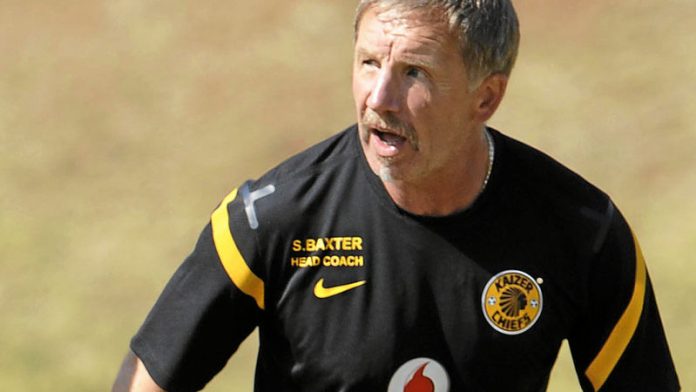 Kaizer Chiefs coach Stuart Baxter will weigh up whether to make changes to his line-up when the Soweto outfit host Platinum Stars in the return leg of the MTN8 semifinals on Sunday.

A brace from George Maluleka handed Amakhosi a comfortable 2-0 win over Dikwena at the royal Bafokeng Sports Palace last weekend, putting them in pole position for the second leg, with two away goals.

Baxter has been the model of consistency through Chiefs’ five games so far this season, refusing to make a single change to his starting XI and has fielded identical line-ups in two MTN8 encounters and three league fixtures.

“That’s the conundrum, isn’t it? You think as a coach, ‘do I make changes and freshen it up?’ Then you think, ‘they’re doing the job’,” Baxter said ahead of Sunday’s meeting at FNB Stadium.

“I’ve been asked if playing the same team means the opposition can plan for you. For over two years, we’ve probably been the easiest team in South Africa to read, because we’ve played the same way.”

Baxter’s troops were the team to beat after the opening three weeks of the 2014/15 season. Three wins from three Premiership fixtures rocketed them to the top of the table, two points ahead of the chasing pack, and they outscored all in the top eight competition.

“I think there’s a great mentality right now. And I think we’re quite difficult to play against,” Baxter said.

“We’re going to really have to give a mentally tough, professional performance, and the players need to be aware of that.”

Chiefs were the most dominant team in the previous round, dispatching Black Aces 4-0, before outplaying Stars in their own backyard.

The former Bafana Bafana coach however has warned his side not to take anything for granted.

“They usually say that 2-0 at half time is a dangerous result, and that’s basically where we’re at,” he said.

“We’ve still got another 90 minutes against a dangerous opponent, on the back of a lot of games for us in a short period of time.”

Perhaps the biggest selection headache facing the Briton would be that of Siphiwe Tshabalala.

A crowd favourite and perennial first-team choice, Tshabalala has yet to feature for Baxter this season, following an injury in a pre-season friendly in Port Elizabeth.

Meanwhile, his replacement Mandla Masango has been in outstanding form, and has  played in all five games.

Masango scored four goals in the five outings and received a call-up to the national team on Friday.

Meanwhile, Bernard Parker, who missed the start of the season following surgery to his injured ankle, was close to a return and took part in training for the first time last week.

“Bernard Parker played a five-on-five this week and he’s asking me whether he should be on the bench,” said Baxter. – Sapa