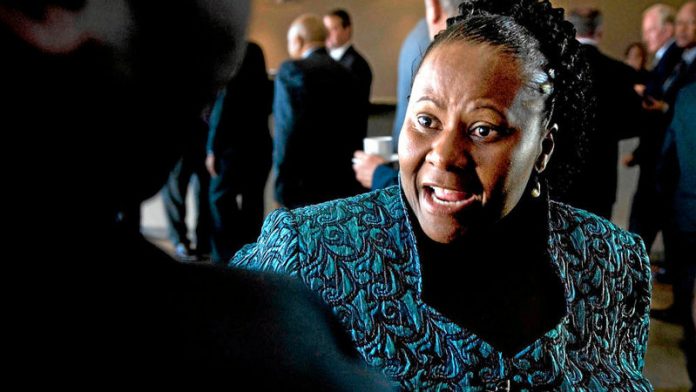 That this was the presidency’s strategy, at least in part, was clear from it’s heads of argument, filed in March this year.

But between now and then, the report mysteriously resurfaced. The presidency previously indicated that it planned to argue that the Supreme Court of Appeal had to overturn a high court order instructing the presidency to give up the report, because the report had  vanished from judge joseph Raulinga’s chambers.

By Thursday, with the situation changed, the presidency sought to rely on it’s second point: that the high court erred by not allowing two new affidavits, made by Thabo Mbeki and Jacob Zuma, into evidence. Now, after six years of litigation in which the Mail & Guardian has tried to access the so-called Khampepe report into the 2002 Zimbabwean election, the Supreme Court of Appeal (SCA) will likely become the second court to take a “judicial peek” at the report to decide whether it can be released to the public.

Merits for release
Advocate Jeremy Gauntlett SC, acting for the M&G, on Thursday asked the SCA to “peek” at the report to decide whether the high court was correct in ordering the presidency to make the report public last year.

At the “crux” of the case, Gauntlett said, the presidency did not argue on Thursday that the high court was wrong because of the confidentiality of the Khampepe report; it was only arguing that the report could not be released because the report was written with the intention of creating policy.

It was therefore exempted from being disclosed in terms of access to information legislation, Moerane said.  A general theme that emerged on Thursday was that the merits of the actual report, and therefore the potential damage it could cause if released, were absent from the presidency’s argument. The presidency was on Thursday forced to concede that if the SCA should decide to overturn the high court’s order, it would in effect be asking it overturn a decision of the Constitutional Court.

This was because the Constutional Court had previously ruled that the issue of whether or not the report could be handed over was to be determined by a “judicial peek” at the report itself. In other words, it was to be decided based on the information the report contained.

But on Thursday, Advocate Marumo Moerane SC, for the presidency, argued that two supplementary affidavits submitted by former president Thabo Mbeki and president Jacob Zuma had enough weight to overturn that decision.

“The highest court in the land says the case must be decided on the report. You want us to disagree? That can’t be right,” said Justice Mohammed Navsa during arguments at the SCA in Bloemfontein on Thursday.

This is the second time that the report has come before the SCA. The report began its meander through length and breadth of the judicial system with an application by the M&G for access to it through the Promotion of Access to Information Act (PAIA). That was refused, ostensibly on the substance of the appeal.

The issue made its way to the Constitutional Court, who ruled that the high court should take a “judicial peek” at the report so as to determine whether it could be handed over.  On February 14 2013, judge Joseph Raulinga of the high court in Pretoria, having “peeked” at the report, ruled that it must be handed over to the M&G. The presidency appealed again, and it was that appeal that was heard on Thursday.

In addition, the authors of the report, Constitutional Court justices Sisi Khampepe and Dikgang Moseneke had told previous benches that they were under the impression the report was to be publicly released.

Affidavits rejected
Hours before the high court was due to sit in Pretoria in 2013 to hear another round of litigation about the report, Thabo Mbeki and Jacob Zuma attempted to file affidavits to the court. In the high court, judge Raulinga had rejected the affidavits. These affidavits formed the basis of the presidency’s arguments on Thursday.

Moerane argued that the high court’s failure to admit these affidavits, or “new evidence”, was the downfall of the entire order. On Thursday, Justice Navsa asked Moerane whether the appeal was “academic” because the report is said to confirm what human rights and public interest groups said about the 2002 election in Zimbabwe.

Moerane did not quite concede the point, but Navsa questioned why the report could not be released if the “high watermark” of what the report revealed was already public knowledge.

He asked if the appeal then amounted to a “fight about history”.  Moerane said that was not true because the presidency still had concerns about the confidentiality of the report. The presidency has maintained that releasing the report will risk diplomatic relations.

Importance of affidavits
However, Navsa asked why the court should not decide these concerns during a “judicial peek” at the report, and if it deemed necessary, a redacted version could be released. At the outset, Navsa said the SCA had not seen the report, which is sealed.

But he said the court was considering taking its own “judicial peek” to make its decision.  Navsa then lingered on the presidency’s nexus argument, which was that the admission of the Mbeki and Zuma affidavits should overturn the Raulinga order.

But Navsa said that the presidency had initially denied the M&G’s PAIA application on the merits of the report. He questioned how much emphasis could then be put on the importance of the two affidavits, which were only submitted years after thePAIA application was considered. “Why is the report itself not the ultimate trump card?” Navsa asked.

Justice Brand told Moerane that there was an important distinction between the intention of the affidavits, and the purpose the presidency now sought to attach to them.  “The whole idea of introducing Mbeki’s affidavit was to persuade the constitutional Court that the judicial peek was not necessary, and that it could be decided on the papers,” Brand said, and Moerane agreed.

Navsa queried what purpose the affidavits now had, now that the issue was “post-peek”. Brand also said he did not understand the purpose of Zuma’s affidavit, as at the time he was not the president, and therefore had no first hand knowledge of the decision to send Khampepe and Moseneke to Zimbabwe.

Judgment was reserved on Thursday.