Pansy Tlakula’s trial by media is over 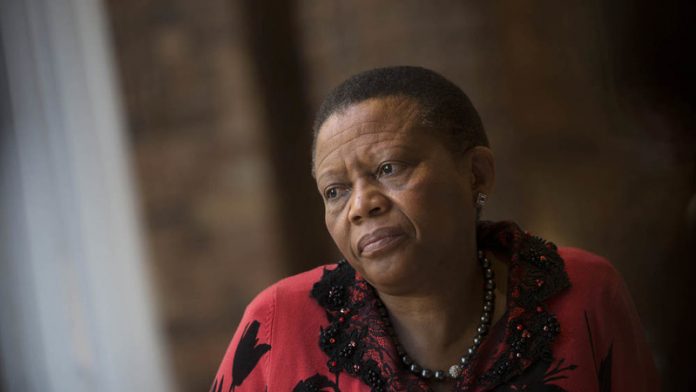 Former Independent Electoral Commission chair Pansy Tlakula is a precise woman. “Oh, I thought you said we were meeting in the restaurant area,” she says as we start our interview at the Park Hyatt in Rosebank. “This is the dining area.”

I hadn’t even noticed the difference.

For the first time in nearly a year, Tlakula (57) has decided to speak frankly about the debacle over her role in procuring the R320-million IEC head office in Centurion, which led to her resignation this week after several years of trying to clear her name and an increasingly negative public backlash.

Her resignation did not come as a surprise. She had exhausted every legal route, and her dismissal had become inevitable.

“I have done everything that I needed to do to clear my name legally and I haven’t succeeded,” she says. “I’m left with lots of questions and I’ve decided that I should just close this chapter and move on for the sake of the institution, and also because there is an election coming in 2016.”

Resigning earlier would have sent out a stronger signal, her critics say.

Different reasoning
Tlakula’s reasoning was entirely different and, in something that emerges as a common theme, was informed more by legal processes and less by an emotional reaction.

“I could not go to court and challenge my removal from office when I was no longer in office,” she points out. “The court would not have heard the matter.”

An advocate who received her LLB at Harvard University in 1989, Tlakula is thoroughly a creature of the law. She is soft-spoken but deliberate: each word carefully weighed and uttered with legal precision.

When I speak to her about the outrage, about the public baying for her to have stepped down earlier, her first instinct is to point to the law and its requirements. When others talk in broad strokes of what went wrong with the deal, she refers in detail to sections and Acts and differing interpretations she would like to see clarified.

She maintains stepping down earlier was not required by the law, and says it would not have set a good precedent.

“They had the right to say what they said – those seven parties,” she says of the small group of opposition parties who took her to the electoral court. “I hold no bad feelings against any of them.

“But I thought it was important for me not to heed their demands to resign at that time. It would be bad if you were a member of the commission and there is political pressure that you must resign and you succumb to that.”

Why now?
So why step down now? “Because I’ve wanted to exhaust the legal process, which I have done.”

Tlakula may not be easily dictated to by any person or emotional outbursts, but where the law is concerned she is a willing servant, even when it has disappointed her.

The electoral court judgment was a triumph for the smaller opposition parties. The ANC and the DA supported Tlakula and did not push for her resignation.

Tlakula maintains the judgment had errors, such as stating that the business she had with businessperson Thaba Mufamadi of Lehotsa Holdings had won a stake in the deal.

In fact, it was another business owned by Mufamadi – Manaka Property Investments – that had a stake.

“If that matter is not clarified, you know … governments come and go. You might have a government one day that might want to interfere with the independence of a constitutional body like the electoral commission, by using something that happened many years before a person became a member of the commission to institute removal proceedings.”

She took it to the Constitutional Court, but her application to appeal was dismissed.

Tlakula’s profound faith in the legal system was dealt a blow. Given her position at the IEC, she had been obliged to work through the Electoral Court, which has the same status as a high court. Yet there was no appeal process defined there, as there are for other high courts if a person does not agree with their judgments.

But she has accepted it.

Public backlash
Now she must deal with a public backlash so intense that perhaps fact and fiction have become confused. Although the disappointment over a failing in a key institution such as the IEC is understandable, the distortion of facts came as a shock to Tlakula. “I am not sure why,” she muses. “I guess the issue of corruption in our society lies at heart of the reaction.”

Examples include the persistent idea that Tlakula had somehow stolen money. Instead, public protector Thuli Madonsela found that Tlakula – as then chief executive – together with her executive committee, had violated certain procurement procedures in obtaining the building. It included points such as not advertising the tender for long enough, failing to flesh out the needs analysis in sufficient detail, leading to increased costs, and not obtaining official permission from the commission at the time to re-advertise the bid.

Stealing money, however, in any form, was never an allegation. Tlakula’s team had realised, the irregularity by 2011, disclosed it in their financial statement and reported it to treasury, she says.

Then there was the persistent rumour about a so-called romantic relationship with Mufamadi.

Madonsela noted in her executive summary that she had excluded the allegation from her report. She said an anonymous letter, which claimed that a certain employee could verify the affair, proved to be false when the person was interviewed.

“Some newspapers reported the matter inaccurately at best and recklessly at worst,” Tlakula says. “One of the newspapers had a poster: ‘Tlakula hauled to court for an affair.’ What do I do with all this?”

She decided against suing for defamation or even correcting the newspapers through the press ombudsman. “I said: ‘Look, I’m the special rapporteur on freedom of expression and access to information in Africa, and a strong advocate for press freedom. I’ve got to walk the talk.’ It was a big test of my values and mandate. I decided to let it go and I will let it go.”

There is still a sense of surprise that her less than 4% share in Lehotsa Holdings plus a few procedural irregularities could have led to all this. She is still deciding whether to take the public protector’s report to judicial review. But mostly she is moving on after 13 years at the IEC.

“I’m looking forward to spending time with my grandson!” she exclaims, the careful lawyer replaced by a doting grandmother who flips through photos on her phone of a three-year-old in Spiderman poses.

Plus there is her work on the continent to keep her busy. She is passionate about her work for the African Union concerning whistle-blowers and journalists.

“That’s what I’m known for there: freedom of expression.”

There’s a backlog of by-elections to get through before next year’s local government elections. Will voters go to the polls even though Covid protocols are in place?
Read more
National

The electoral commission has stripped Black First Land First of its status as a political party, but rejected an appeal against the ATM
Read more
National

The IEC has written to the lawyers of the 27 smaller parties who reported election irregularities, saying their demands were unreasonable and unlawful
Read more
National