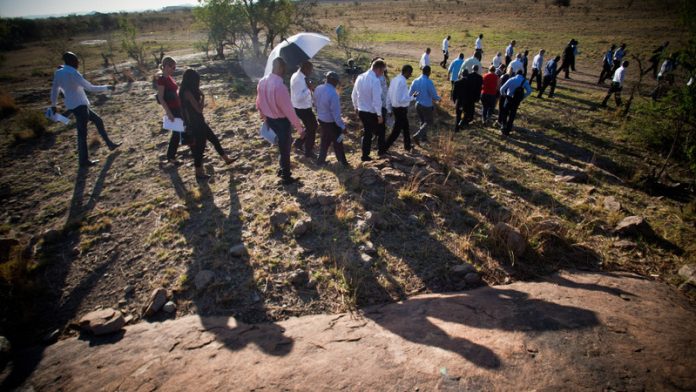 Legal Aid South Africa will on Monday ask the Supreme Court of Appeal to set aside a high court order that  directed it to fund the legal representation of the injured and arrested Marikana miners at the Marikana commission of inquiry.

In October 2013, the high court gave the order following Legal Aid SA’s decision to fund the representation of the families of the deceased miners, but not the injured and arrested miners – a distinction which the court found to be “arbitrary” and therefore “irrational”.

But on Monday, Legal Aid SA is likely to argue that the high court order means it has to pay R17-million for the miners’ legal fees, which will have “far-reaching implications” and will introduce new evidence setting out its financial situation.

The appeal court is likely to hear evidence suggesting Legal Aid SA’s financial position is not as solid as it would like it to be. The amount will be heavily disputed by lawyers for the miners, who, in court papers, assert the number is exaggerated, and a “straw man argument”. Lawyers are also likely to argue that the number is irrelevant in any event because the high court did not order Legal Aid SA to pay a specific amount.

But Legal Aid SA also said the high court had trespassed on the separation of powers. “The court has not only changed the priorities set by Legal Aid SA but fundamentally interfered with its budget, thereby impacting on its ability to provide representation,” chief executive Vidhu Vedalankar said.

She said although the high court had limited the order to Marikana specifically, the judgment had also “opened the door” for similar requests for parties wanting to make “special cases” for funding.

But lawyers representing the families of the deceased miners and the Association of Mineworkers and Construction Union (Amcu), in their heads of argument, said this argument by Legal Aid SA was “misdirected” as the high court decision was “confined to the unusual situation before it”.

“The high court’s judgment is entirely consistent with the legal framework in which Legal Aid SA normally exercises its powers. The high court did not require Legal Aid SA to provide funding to parties before commissions of inquiry in the future.”

‘Irrational’ distinction
Instead, the high court dealt with the fact that Legal Aid SA could not explain why it chose to fund representation for the families of the deceased miners but not the injured and arrested miners and found this distinction to be “irrational”.

The Legal Aid Guide gives the body’s chief executive the authority to waive “any condition, procedure or policy” set out in the guide so long as it falls within the overall ambit of the Legal Aid Act.

Legal Aid SA does not ordinarily fund representations at commissions of inquiry. The chief executive made an exception to this rule when she agreed to fund legal representation for the families of the deceased, but chose not to when it came to the injured and arrested miners.

The high court drew on the constitutional provisions of legality and equality, which forbid the state from arbitrarily distinguishing between groups of people. The high court also found that the families of the deceased, as well as the injured and arrested miners, had a direct, substantial interest in the proceedings of the commission.

Lawyers for the families and Amcu, represented by the Socio-Economic Institute of South Africa (Seri-SA) will also argue on Monday that the high court did not trespass the separation of powers rule. They argue that this is because the high court merely ordered Legal Aid SA “to take steps” to fund the miners’ representation. “It [the high court] did not say how much. It did not say on what terms. It did not direct Legal Aid SA to embark on any specific re-allocation of its budgets. Precisely how to comply with the order was left to Legal Aid SA,” they said.

Seri-SA will also object to the introduction of “new evidence” by Legal Aid SA, because it says Legal Aid SA did not bring a new application to submit new evidence.

Legal Aid SA’s affidavit will explain why it cannot provide R17-million to the injured and arrested miners. But Seri-SA lawyers are expected to argue that in addition to the high court merely asking Legal Aid SA to “take steps” to comply, a new financial year has begun since the affidavit was drawn up. “It sets up a R17-million straw man, and then, predictably, destroys it. That, with respect, does not assist this court in understanding what the real effect of the high court’s order might be.”