Let’s speak the languages we dream in 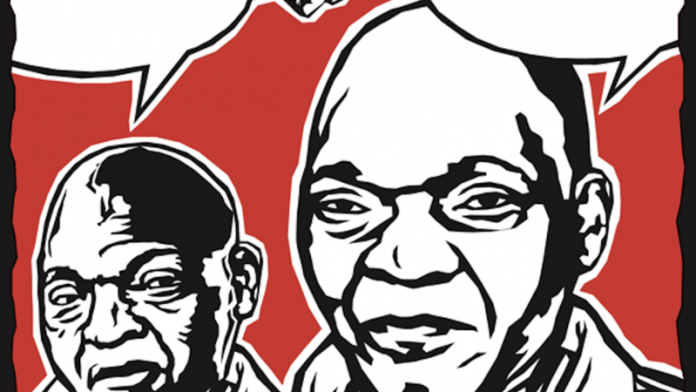 The vexed question of language dominated last Wednesday evening’s launch of my novel The Texture of Shadows at the auditorium of the Steve Biko Centre in Ginsberg in the Eastern Cape.

Earlier in the day I had visited the museum, library and archive. Stammering with memory and unresolved aspirations, the images, artefacts and an encounter with the widowed Ntsiki Biko at the centre took me back to the heyday of the black consciousness movement, as did the visit to Biko’s well-tended grave. It had originally been planned as a mausoleum. Uncomfortable with ostentation in a region struggling with the deaths of young people from HIV and Aids, the Steve Biko Foundation quickly scotched this notion.

One was struck by the age disparity of the audience at the launch. It was comprised mainly of very young people and very old people, as though the cohorts of those aged between their mid-20s and mid-30s had simply disappeared. This, therefore, meant those who had just woken up to the realities of what it meant to be young, black and poor in a democratic state had a shared experience with those who were once young, black and poor in an apartheid state.

It is impossible – unless one is fatally oblivious to one’s surroundings – to ignore the effect of language, of English, when one is faced with an audience that is overwhelmingly black. The Eastern Cape is a region once blessed with an unerring cultural instinct; it gave us Enoch Sontonga, SEK Mqhayi, Tiyo Soga and AC Jordan, and it formed the epicentre of the struggle against apartheid.

Today, in the Eastern Cape, there is no mistaking the decline of isiXhosa as a language of discourse. Whereas KwaZulu-Natal, for instance, boasts a vibrant resurgence of isiZulu, from the initiatives at tertiary institutions to burgeoning isiZulu-language newspapers such as Ilanga and Isolezwe and an isiZulu version of the Sunday Times, the Eastern Cape has lost most of its flagship isiXhosa titles.

The indigenous languages might experience differing degrees of marginalisation, with some possibly getting a better deal, but the stubborn fact is that they are all being marginalised.

Though some black people might find this unpalatable, I believe that we are the main architects of the destruction of our languages. For a reason that’s possibly not hard to find, we have relegated our languages to second-class status. Even in instances where we could have communicated differently, we have opted to use English – even in meetings where almost all members of the community speak one indigenous language or another.

Leaders address congregations of black people, at funerals, rallies or in media broadcasts, in a language hardly spoken by the community – sometimes barely by the leader himself. This makes us easy victims of misinterpretation. We’re also likely to reflect what we’re thinking in, say, Setswana or Tshivenda, in English, with disastrous consequences. This is possibly why we have no parallel when it comes to interlocutors claiming to have been quoted out of context.

Now, the man or woman “on the ground” has no choice but to listen and make the best of a bad bargain when faced with official bombast in English. Parents are the ones who will scrimp and scrape to put their child into school, for the simple optimistic reason that their charge would, one day, use the education to deliver them from poverty. English is the most important element of a code to decipher the hieroglyphics of power and prestige.

All this, however, is a carry-over from an unaddressed past. It is a past that hangs over the present and gives it shape and content. It is a past of inequalities and iniquities where for centuries language has been used to subjugate and brainwash. One might say that we fared a lot better than the slaves plucked from Africa to enrich the West and give it the arrogance to turn a scornful gaze on the continent and call her children benighted and shiftless. This past goes to the very heart of our culture.

One would like to believe that bodies such as the Pan South African Language Board, which is charged with protecting and promoting people’s linguistic rights, are doing their best. Their efforts, however, are subverted by attitudes that come from policy weaknesses.

One believes that South Africa is a country with a wide gulf between intention and implementation. As a former regulator in broadcasting and telecommunications, I’m still baffled by the fact that today, in 2014, we still have local content quotas.

Go anywhere in the world – in Brazil, for instance, you’re under no illusion on hitting Rio that you’re in Brazil. The music, the films, the telenovelas are all homegrown. Local content is the norm.

I will not go into the shark-infested waters of affirmative action in a country that is overwhelmingly black.

On the question of language, an issue arises about black writers writing in English. I remember our poet laureate, Keorapetse Kgositsile, telling me how Mazisi Kunene used to refer to the English used by African writers as “Fanakalo”.

When this came up at the launch, I had a moment of déjà vu, taken back to some of the no-holds-barred debates among writers and scholars at the Africa Centre on Covent Garden, or at a book fair hosted by the Camden Centre on Bidborough Street, in the London of our exile. There, you’d have the celebrated Kenyan novelist Ngugi wa Thiong’o holding forth on why he would henceforth write in his native Kikuyu. Someone, perhaps Nuruddin Farah, would counter that Ngugi was free to hold such views because he knew he would be translated almost immediately on publication.

My belief is that writers have to write. They have to use the tools at their disposal. Language is one of the major tools. But the language has to be informed or underpinned by skill, because writing is a craft.

One of the biggest problems facing South African writers of every stripe is impatience to be published. The second, which leads wannabe writers to file off intemperate missives, is to take rejection personally and ascribe race or some form of negrophobia as the reason. In my short life on this earth I have come across numerous disappointed white writers; two or three of them have blamed transformation for their rejection.

South Africa has been blessed with writers such as the late Nadine Gordimer, who understood that, sometimes, people – black and white – had to write in the colonialist’s language to write against the colonialist. I believe that language has to be appropriated and tempered – what we call “ukukokotela” in the parlance of the street – and express what needs to be conveyed.

English has become another language. This is what the world has to confront. Yet the writer who has appropriated English, in whatever form, has to know that it is a language laced with poison.

Gabriel Okara wrote The Voice, a novel of immense beauty, in the Ijaw idiom of Nigeria. Reading this story of struggle and commitment, the reader forgets that the vehicle carrying the story forth is English, and the sensibility towards redemption is Nigerian.

This, however, does mean that the powers that be have to be more coherent in the championing of all our languages. The scholars, publishers, writers and researchers have to collaborate in this quest.

There are commissions galore on the question of language, but they have to be harmonised. Our institutions have to resuscitate literary prizes for literature in indigenous languages. These are baby steps. The bigger step is for government to intervene and take control and remember it is governing in the interest of the majority.

Or else there’ll be service delivery protests by people who will demand to be addressed in the languages of their dreams.

COMMENT The world is going through unprecedented challenges caused by a novel,...
Read more
Advertising
Continue to the category
National