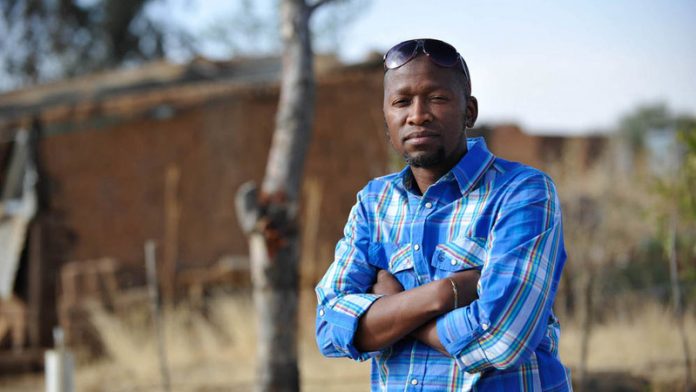 A year ago, the Mail & Guardian published the results of a 12-month investigation by the Wits Justice Project into the Mangaung prison in the Free State, run by British security firm G4S. The investigation alleged that inmates were routinely electroshocked, forcibly injected with anti-psychotic drugs and illegally isolated for long periods. Despite promises from the previous minister of correctional services, Sbu Ndebele, to “leave no stone unturned” and his outcry that “the privatisation of prisons has failed”, a year later nothing has happened.

The Judicial Inspectorate for Correctional Services, a statutory prison watchdog, wrote in its annual report that it had not been given the report, despite repeated requests. Modise told the portfolio committee that the inspectorate had never requested the report and was supposed to conduct its own investigation, having announced as much shortly after the exposé was published.

The inspectorate’s own investigation, detailed in its annual report, is rather slim. Investigators claimed they could only trace prisoners who were injected in the 2000s.

Health practitioners told inspectorate investigators that injections did take place but that they were “medically acceptable”, a claim left unchallenged by the judicial inspectorate.

Handing back control
The justice department recently announced that it was handing back full control of the Mangaung prison in Bloemfontein to G4S after managing the privately-run facility for 10 months. The department stepped in when G4S lost control of the prison amid internal strife and allegations coming to light of the torture and forced medication of inmates.

Modise, who was previously the prison’s correctional services head, stated that the department was satisfied that “issues” had been resolved.

Andy Baker, the regional president for G4S Africa, reciprocated: “We would like to thank the department for its leadership throughout this period.”

No G4S managers, warders or members of the emergency security team have been prosecuted, suspended or fired.

When the state took over control of Mangaung prison in October last year, Tebogo Meje, who was an inmate at the time, told the Wits Justice Project that he breathed a sigh of relief. He and many other prisoners hoped that the chaos – hostage situations, riots, prolonged strikes and mass dismissals – that had rocked the correctional facility would come to an end. But, for Meje, the worst was still to come.

No cameras
On December 17 last year members of the emergency security team allegedly dragged him out of his cell in the Buckley Hall unit of the prison. They had found handmade weapons in his cellblock. They took him and his cellmate to the office of the unit manager, where there are no cameras.

“When we arrived there, they took off my shirt and my trousers. I was only left with my underwear,” Meje said in a recent interview. “Then they handcuffed my hands behind my back. They were using this language of ‘sak!’ and ‘chaf op!’ They made me lie on my stomach, poured water on me and then electroshocked me and kicked me.”

He was acquitted of all charges against him in May this year, which ended a seven-year stay at the prison.

When Ndebele promised to “leave no stone unturned”, it seemed times were changing. But, judging by Meje’s claims, it appears the more things change, the more they stay the same. Some of the emergency security team members allegedly responsible for his abuse were correctional services officials.

“There was [correctional services] staff present in the room when my cellmate and I were electroshocked and kicked,” Meje said. “I saw their Limpopo badges. They shouted at us: ‘Now you must confess’ [and] ‘Tell us what happened’. They nearly broke my knee.”

Evidence of torture
Unlike most inmates who are victims of assault, Meje knew his rights. The day after the assault he saw the prison doctor, who filled out a J88 form, which is required for medical-legal evidence of torture and assault. He also reported the alleged crime to the police.

But when the prison doctor refused to hand over the form and the police visited the witness in the presence of the warder who had allegedly committed the torture, Meje’s case crumbled.

The prosecutor withdrew the matter because of the lack of evidence.

The prison authorities placed Meje in a segregation cell for six weeks after the attack.

The legally permitted period for isolating inmates is seven days, after which a disciplinary hearing has to take place. Furthermore, the prisoner has to be seen by a medical practitioner every day.

Isolation query
Meje asked Modise, then acting prison head, why he had been placed in isolation, why no doctor or nurse had checked up on him except for the doctor who signed the J88 form, and why there had been no disciplinary hearing.

Meje alleges that Modise replied: “I don’t know; ask the officials who put you there.”

Heads of prisons are supposed to authorise the segregation of inmates, according to the law.

Despite video footage of an alleged forced injection and audio suggesting the excessive use of electroshocking during an interrogation, backed up by statements and letters from about 70 inmates, there have been no prosecutions or dismissals to date. G4S has rehired everyone it had previously dismissed.

There have been a number of other reports of abuse in South African prisons. The judicial inspectorate reported that four emergency security teams in other parts of the country had been involved in violent incidents, including allegations of torture. Two months ago, there was allegedly a mass beating at Leeukop prison in Johannesburg that involved warders using electroshocks on inmates.

‘We will investigate assaults’

Correctional services spokesperson Manelisi Wolela said of the Wits Justice Project investigation: “The acting national commissioner told the portfolio committee that G4S had submitted a report partly responding to the issues and also requesting additional documentation from the department of correctional services. The department has scheduled a meeting with G4S to seek clarity and to ensure they respond in full to the report given to them.

“The department will investigate all assault and torture allegations made against [correctional services] officials deployed at the Mangaung Correctional Centre and will deal with anyone found to have violated the legislation and policies of safe and human custody.”

Meanwhile, on Thursday, acting national commissioner of correctional services Zach Modise testified at the Oscar Pistorius trial about prison conditions. He claimed that the Wits Justice Project’s “objective is to write anything that is negative that they have sourced by themselves. So you’ll find articles in the media space about correctional services that have not been verified, but that … depict [correctional services] in a negative light.”

Refuting Modise’s allegations, the project said in a statement that it “does not go to print without hard evidence of the allegations we make … Our team of journalists has many years of journalistic experience in investigating abuses of rights in South Africa and beyond.”

Ruth Hopkins is a journalist at the Wits Justice Project.

Retraction: Department did not refer death of Mangaung inmate to police