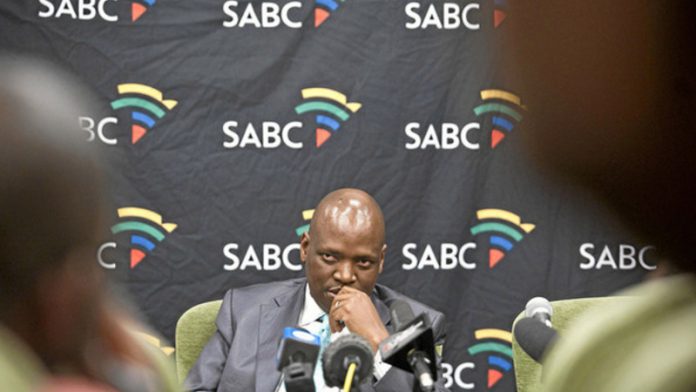 South Africa owes the SABC and Hlaudi Motsoeneng a considerable debt of gratitude. The SABC ignored a damning report on Motsoeneng by the public protector, going on to recommend his appointment as the SABC’s chief operating officer – a recommendation the minister of telecommunications had no difficulty in approving. As a result, we now have a judgment that clarifies the powers of the public protector.

After his appointment, the Democratic Alliance sought an order that Motsoeneng be immediately suspended from his position, pending the finalisation of disciplinary proceedings to be brought against him by the SABC board.

The crisp question for adjudication was this: Are the findings of the public protector binding and enforceable? In other words, once the public protector had found that Motsoeneng was dishonest about his qualifications and his large salary increases and had committed abuses of power, and once she had set out the appropriate remedial action, was the SABC legally obliged to comply with these remedial steps?

Yet the judge also noted that, in contrast to Section 182 of the Constitution, the Labour Relations Act provides expressly that an arbitration award by the Commission for Conciliation, Mediation and Arbitration is final and binding, and it may be enforced as though it was an order of court. The Competition Act mandates the same in the case of certain decisions of the Competition Commission.

Schippers found that the SABC and the minister’s rejection of the findings of and the remedial action recommended by the public protector wasn’t grounded in any rational explanation. The rejection was arbitrary, irrational behaviour and hence unlawful. Thus the court directed the SABC to institute disciplinary proceedings against Motsoeneng, and that he be suspended on full pay pending the finalisation of that process.

There is an unfortunate suspension of any criticism of the present office of the public protector, presumably because of her courageous and principled behaviour on the gross expenditure on Nkandla. But the public protector is not above the law. She is not a court.

It was not the intention of the Constitution that the public protector should fashion a finding and recommend remedial action that could only be set aside by a court on a limited ground of review. This would place the public protector in a superior position to a court, the orders of which are subject to appeal by higher courts. As the Constitutional Court noted in its certification judgment: “The public protector is an office modelled on the institution of an ombudsman. Its function is to ensure that government officials carry out their tasks effectively, fairly and without corruption or prejudice.”

The public protector is an important independent institution, designed to promote the values of transparency and accountability. And, under its existing head, it has done so splendidly. But it is not a body that is above the law, and nor can it be granted powers greater than those of ordinary courts.

Schippers’s judgment places the public protector’s power in its appropriate constitutional place. The implications of the judgment are that an affected body cannot simply reject the public protector’s recommendations because it prefers a different approach. It must ground its rejection in justifiable, clear reasons, making an argument that can itself be subject to the scrutiny of the courts.

It may be that the SABC wishes to appeal, in which case the Constitutional Court may take a position on the constitutional scheme that differs from that of Schippers. But such a decision would flow from an appeal against the order of the court by a party affected by the order. This is a time for the public protector to show some modesty with regard to the powers of her office, as so carefully described by the court.