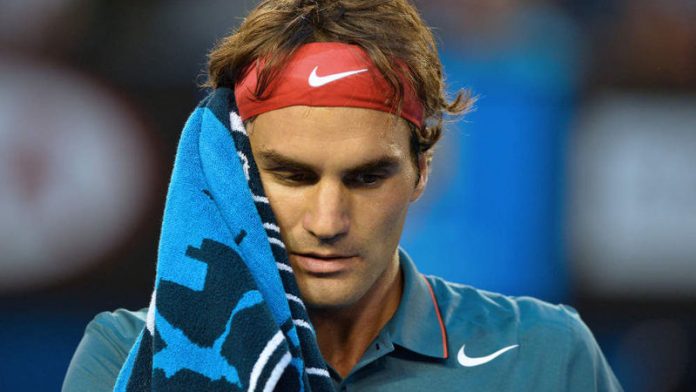 Roger Federer and Lleyton Hewitt will clash in a new shortened, faster form of the game ahead of the Australian Open that organisers on Tuesday said they hope will revolutionise tennis.

In a world first, the 17-time Grand Slam champion will play his long-time Australian rival in a Sydney exhibition to showcase the new concept developed by Tennis Australia.

Rule variations
They will face off in a best-of-five sets match on January 12 that will feature four rule variations – no advantage scoring, no service lets, tiebreakers at three games all and sets of first-to-four games. It is expected to last about half as a long as a normal five-setter.

Each fixture will consist of five one-set matches, which could be decided by a four-minute shootout at 5-5 rather than a traditional tiebreaker. There will be no advantage scores and the outcome will be decided by aggregating games won from all five matches rather than the match results.

There will also be ‘power points’, which will give players a chance to double up on a point in each match by nominated it before receiving serve. Other additions include time-outs.

The format has been piloted at clubs across Australia and is being billed as the Twenty20 of tennis, a reference to the fast and furious form of cricket that has proved a huge hit.

Tennis Australia chief Craig Tiley said he was delighted Federer was involved in promoting a new way of playing the game.

“The new format is a game changer and is set to revolutionise the game of tennis, particularly at club and social levels,” he said.

“Time today is precious and this new fast format is perfect for any player who wants to fit their tennis matches into a busy lifestyle.

“To have Roger and Lleyton, our own great Australian champion, showcase the format for the first time is not only special for Sydney and Australia, but for the sport around the world.”

Enduring rivalries
Federer, fresh from helping Switzerland win the Davis Cup, said he was honoured to be involved. “I can’t wait to come to the beautiful city of Sydney for this very special match against my old friend and rival, Lleyton Hewitt,” he said.

Great friends off the court, Federer and Hewitt have one of the most enduring rivalries in tennis. The pair, both aged 33, have faced each other 27 times since 1999, with Federer winning 18 of them. Their last four matches have been split, with Hewitt winning their most recent encounter at the Brisbane International final in January.

“Playing Roger in this new format will be an exciting challenge for both of us and a lot of fun,” said Hewitt. “It’s a fantastic innovation for tennis, and one that I hope will take off.”

Another new format makes its debut this week in the International Premier Tennis League, a team event with one-set matches, a shot-clock and a timed shoot-out at 5-5.

Federer, Novak Djokovic and Serena Williams are among the big names playing the made-for-TV competition, which starts in Manila and will also visit Singapore, New Delhi and Dubai.

After years of struggle, the sport seems to be taking some genuine steps in the right direction at local level
Read more
Advertising
Continue to the category
Politics