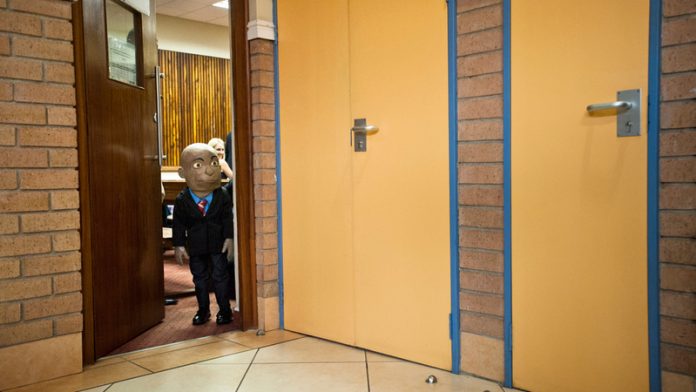 Afrikaans singer Steve Hofmeyr obtained an interim protection order against the puppet after a long Twar (Twitter war) between @chestermissing and Hofmeyr.

Two weeks ago Hofmeyr tweeted: “Sorry to offend but in my books Blacks were the architects of Apartheid. Go figure.”

That didn’t sit well with Missing. The puppet called on Hofmeyr’s sponsors to reconsider their association with the singer. A vehicle dealership withdrew its sponsorship, and Hofmeyr lost his bakkie.

On Thursday the high court in Johannesburg set aside an interim protection order obtained by Hofmeyr against the puppet. The singer wanted to stop Missing from harassing him on social media, television or radio.

Unlike the Oscar Pistorius trial, the #PuppetCase was not televised, but social media users followed the trial closely on Twitter.

Court strikes Karegeya case from the roll in bombshell ruling