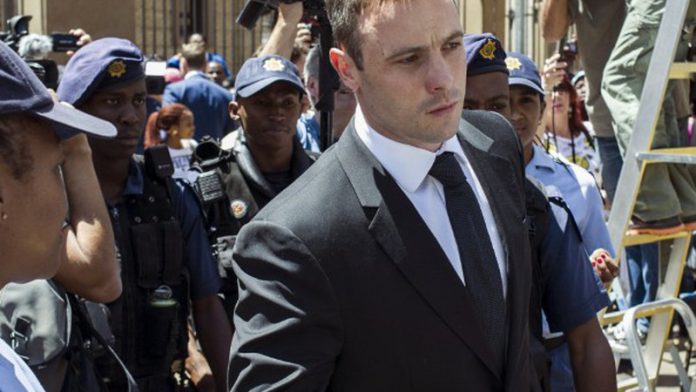 However, she dismissed the state’s application to appeal his sentence.

However, on the application against his conviction, she said: “I am satisfied that the points raised by the applicant [the state] are indeed a question of law.”

The Supreme Court of Appeal in Bloemfontein will deal with the judgment to re-examine the matter of dolus eventualis in the case.

On Tuesday, Barry Roux SC for Pistorius told the court that the law had been correctly applied in the conviction and sentencing of the athlete.

Prosecutor Gerrie Nel argued that the sentence imposed on Pistorius was “shockingly inappropriate”.

Nel said the court showed too much mercy for Pistorius, who could have foreseen that he could unlawfully kill whoever was behind the door.

Sentencing
On October 21, Masipa sentenced Pistorius to five years in jail for the culpable homicide of his girlfriend Reeva Steenkamp.

He shot her dead through the locked door of the toilet in his Pretoria home on February 14 last year, apparently thinking she was an intruder.

The state filed papers last month calling for a heavier conviction and harsher sentence to be imposed on the athlete. Pistorius was sentenced to a further three years, suspended for five years, for discharging a firearm at Tasha’s restaurant in Sandton, Johannesburg, in January 2013. – Sapa

In 2015, a protracted legal action was initiated after it emerged that animals had been starving on the multimillion-rand farm of Modise in 2014.
Read more
National

Duduzani Zuma to appear in court for culpable homicide