The ANC gears up to win over the Western Cape 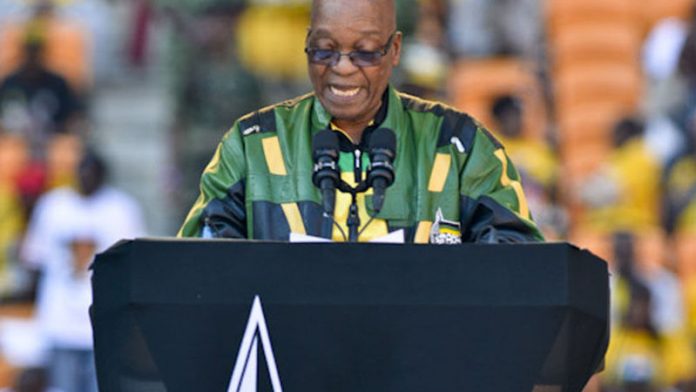 Wearing a white sun hat, an ANC t-shirt and a big smile, President Jacob Zuma took to the streets of Cape Town’s townships yesterday, where he danced, sang and shook hands with the locals in a bid to build up excitement about the party’s birthday celebration this weekend.

He started his visit in Philippi, where he first greeted the elderly, who were waiting just to tell him their grievances.

For 71-year-old Gladys Vuminjani, the excitement of the party’s celebration was  overshadowed by the fact that she had to go home to a leaky shack.

“I am waiting for him [Zuma] to make sure he knows that we are tired of [empty] promises. We have been voting every year and yet we still live in poverty.” the pensioner said.

“At my age, I do not have a house and am close to my grave. How is that right? I can’t be excited about a party when I have to go home to a shack. But I will go anyway, just to show my face.”

Ivy Makaphela (65) said that the president had told them – while shaking their hands – that he would unveil a plan of action for the province [during the party’s January 8 statement address on Saturday].

“I guess we have to wait and see then, as usual.”

Khanyisa Galatya (29) said they were living in appalling conditions in the townships and the ANC needed to step in.

“I know I am too young to have a house, but the elderly in these areas need the ANC to take action, and fast. This place is always filled with sewage and bugs and yet no one cares. They need to show us they care.” Khanyisa said.

At every stop in the township, the president started off shaking hands and greeting the residents, before stepping on a podium to address them.

He finished off every speech with his signature Mshini Wam’ song, with the hundreds of residents jostling to catch a glimpse of him dancing, while others shouted for him to stop for selfies, which he did not.

Vote wisely
The ANC has called on township residents in Cape Town to cast their votes wisely and make sure the party takes the province from the Democratic Alliance (DA) in the 2016 elections.

While going from street to street and visiting taxi ranks in Philippi, President Jacob Zuma promised to tackle the problems that are faced by the poor in the Western Cape.

He, alongside various leaders and NEC members, is in the city as part of the ANC’s birthday celebrations as the party turns 103.

“This province is the only one that is led by people who don’t even know the struggles of the poor, who only focus on helping those in their own areas.” the president said.

“We [ANC] want the Western Cape, and we will take it back … It is time for this province to stop being a separate entity, and this province needs to come back to the people’s party,” Zuma said, speaking through a loudhailer in the different locations today.

Voicing concerns
The president was welcomed with singing, ululations and whistles by ANC supporters in the area, while some of the older residents said they were only there to voice their concerns.

He visited Philippi, Nyanga and Gugulethu townships, where he invited residents to Saturday’s rally at the Cape Town stadium to commemorate the birth of the ANC.

Speaking in isiXhosa, Zuma said the country’s leaders were all in the city to make sure that everyone knew that they were invited to the celebrations, which start at 6am on Saturday January 10 2015.

“We have been here since yesterday [Monday], preparing for the celebrations, which we have to hold over the weekend as the official birthday is during the week.” he said.

Fighting for change
“It is going to be a big celebration, because this is one of the oldest parties in this country. The ANC fought for freedom, and now we are fighting to change the lives of the people for the better. We will change your lives in the Western Cape, just like we brought freedom.”

“So we are here to tell you about the celebrations, and the plans we have for the Western Cape.” he concluded.

Zuma was accompanied by ANC provincial chairperson Marius Fransman, who urged the residents to join thousands “who will be coming from the North, East, South, West, Valleys, Mountains and the Cape Flats” to join the celebrations on Saturday.