It’s official: 2014 was the hottest year ever 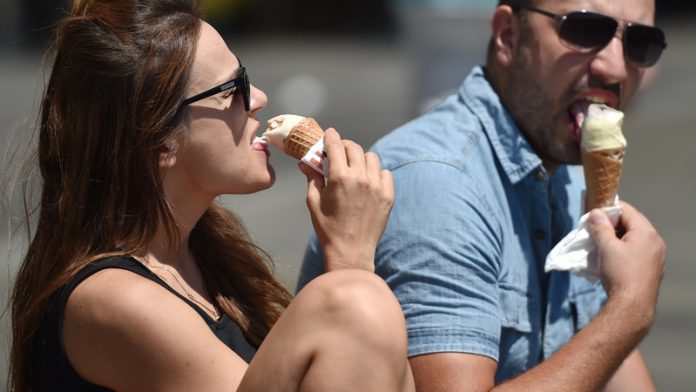 Last year the global temperature was 0.27°C above the average for 1981 to 2000. This makes it the hottest year ever recorded, according to the Japan Meteorological Agency, which has records dating back to 1891.

This week the agency released its data, which shows that the 10 hottest years on record have all been mapped since 1998. The World Meteorological Organisation has said that last year was the 38th consecutive year of above-average temperatures.

This is despite 2014 having all the conditions that should have made it colder than usual. The world is in a period of lower solar activity, which has traditionally had a dampening effect on temperatures. There was also no El Niño effect, which drives up temperatures in the Pacific Ocean and, consequently, in large parts of the world.

Hot seas
The main drivers of the 2014 high were record temperatures in the Pacific, Atlantic and Indian oceans. The World Meteorological Organisation said global sea temperatures were 0.45°C hotter than what their average should be, and that the world had warmed by an average of 1.1°C since the Industrial Revolution in the late 1700s.

The temperature record for last year is a blow for climate change sceptics, who regularly cite the unusually warm 1998 – and the fact that no subsequent year had been warmer – as proof that the planet is not getting hotter. The Intergovernmental Panel on Climate Change, the United Nations body tasked with assessing climate science, says 1998’s high was caused mainly by the strong El Niño that affected ocean temperatures that year.

The panel’s latest report on climate change, released last year, said there is a 95% “certainty” that humans are driving climate change. This is mainly because of human activity and the burning of fossil fuels. These release greenhouse gases that create a blanket around the earth, warming it.

‘Irreversible’ damage
The report warned that if emissions were not curbed, the impact of climate change would be “severe, pervasive and irreversible”. By the end of the century, average temperatures in Africa would exceed 2°C and could be closer to 6°C, it said.

“Africa as a whole is one of the most vulnerable continents due to its high exposure and low adaptive capacity,” it said.

Negotiators representing the continent at the UN’s annual Congress of the Parties climate change gathering in December demanded that carbon emissions be kept at a level that would cause the global temperature to increase by only 1.5°C this century. An agreement to tackle climate change is to be signed off at its 21st meeting in Paris at the end of this year. It will seek to keep the concentration of carbon in the atmosphere below 450 parts per million. This level was 250 parts per million before the Industrial Revolution and it passed 400 parts per million last year.

South Africa experienced record hail storms, droughts and floods in 2014. These phenomena are linked to projections that local weather patterns will become more extreme and unpredictable. The general shift this century is expected to be in the northeast of the country, which will become wetter as the rest of the country becomes drier.

The data was released this week and the three other major temperature monitoring stations around the world are expected to release findings this month.