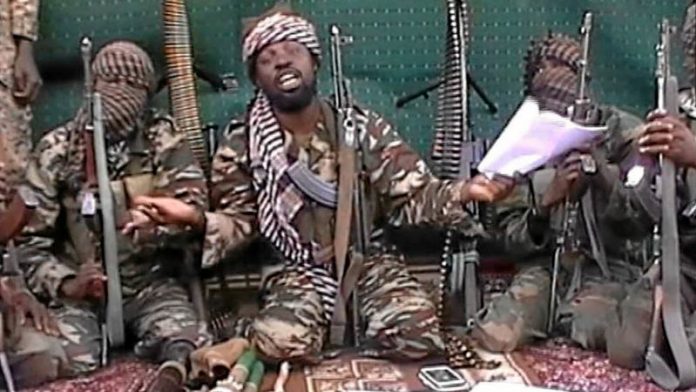 In yet another display of barbarity, members of the Boko Haram insurgency stormed through the northeastern Nigerian town of Baga last week and murdered scores of unarmed civilians in what Amnesty International described as the militants’ “deadliest massacre” to date.

But Nigeria is downplaying the attacks, saying the numbers of those killed are being exaggerated.

Armed with grenade launchers, machine guns and armoured ­vehicles, Islamist insurgents are said to have overpowered Nigerian soldiers stationed in Baga. The ensuing slaughter lasted for many hours.

Women and children were burned alive in their homes as they tried to hide. Men were gunned down in cold blood. Other victims drowned as they attempted to reach safety by crossing the huge expanse of Lake Chad.

When the bullets ceased being fired and the fires stopped raging, local vigilante defence groups emerged to count their dead. They soon gave up. It was reported that hundreds of bodies were left strewn across the roads in this border town that had a population of 10 000 people.

Quite how Boko Haram manages to carry out atrocities with the frequency it does, and on such a scale as tragically witnessed last week, is a matter of great debate as Nigerians go to the polls in next month’s national and presidential elections.

Accusations that the president displays a callous attitude intensified last May after Jonathan only visited the relatives of the kidnapped Chibok girls a month after they went missing. Despite the activism surrounding the kidnapped girls, most of them are still missing.

The leader of Boko Haram, Abubakar Shekau, said in a video released last November that the schoolgirls have since been converted to Islam and married off.

Asked by the Mail & Guardian about these accusations, Jonathan’s senior adviser, Dr Doyin Okupe, said the president is actually very concerned about the kidnapping and killing of all innocent people.

When asked about the scale of the Baga attack, Okupe said: “The figure [2 000] given to the international press was given by someone who has a history of giving false information. We are in the process of investigating exactly the number of casualties suffered. There were 15 soldiers that were killed, but we know the Boko Haram insurgents suffered very, very heavy casualties.”

Obtaining accurate reports about Boko Haram attacks is notoriously difficult. Journalists have been killed by insurgents in the northeast of Nigeria and few take the risk of reporting from the region. Mobile phone and internet use is also not as widespread as in the south of Nigeria. This means reports of violence are often scarce and the facts usually take days to emerge.

Stopping Boko Haram is proving to be a challenge, partly because many of its fighters hail from as far away as Somalia and Libya. It is also hard to close Boko Haram’s financial taps as it is financed through the international jihadi network.

Global problem
It is this international dimension to the conflict that is often misunderstood, Lancelot Anyanya, a former army major-turned-politician with the ruling People’s Democratic Party, told the M&G. He said the Boko Haram insurgency is now a global problem.

“When 7/7 [the July 7 2005 London bombings] hit in the United Kingdom, what could they do? The damage was done. There’s no security system in the world that can defend every inch of its territory; it’s not possible,” said Anyanya.

It is a view echoed by Okupe: “Look at the British in Afghanistan or the Americans in Vietnam or Iraq. Fighting an insurgency is difficult and victory can take time.”

Last week after the Paris attacks, the world and its media rallied behind France. But the Baga massacre did not receive as much publicity.

It is this “double-mindedness” that Okupe says must change. “How can international journalists complain [about] our efforts fighting Boko Haram when so few attempt to understand this conflict?”

The lack of attention to this conflict – which Johns Hopkins University says has already taken more than 14 000 lives – is also evident among some ordinary Nigerians. “We don’t set the agenda,” Lagos resident Femi said. “Of course we care deeply with our own tragedy, but this [the Boko Haram attacks] has been going on for years. Paris is news.”

Despite the difficulties, Nigerian forces still have a strong presence in the northeast.

“This is the largest deployment of forces in Nigeria’s history,” Anyanya said.

Nigeria has had to scale back its international peacekeeping efforts, including moving units back to Nigeria that were keeping Islamists at bay in Mali.

Nigerian soldiers have a proud record in restoring peace in Liberia and Sierra Leone, but Boko Haram may be the military’s greatest challenge yet.

Fifty-four Nigerian soldiers are currently on death row, having recently been convicted of mutiny and refusing to recapture three towns occupied by Boko Haram.

According to reports, Nigerian troops complain they lack the necessary firepower to tackle Boko Haram. In response, last year Jonathan sought the approval of the Nigerian National Assembly to borrow a further $1-billion to upgrade the country’s weapons capability. The amount was approved late last year.

Well financed, able to retreat across international borders and with weaponry often surpassing that of the Nigerian soldiers, Boko Haram has great strengths. The militants are also able to recruit from a generation of disaffected, unemployed young men from the northern parts of Nigeria in increasing numbers.

“This conflict will take years to end,” Anyanya says.

The singer was a political activist, using his music to advocate for the rights of the Oromo
Read more
Advertising
Continue to the category
Business