Federer and Djokovic both ready to win Australian Open 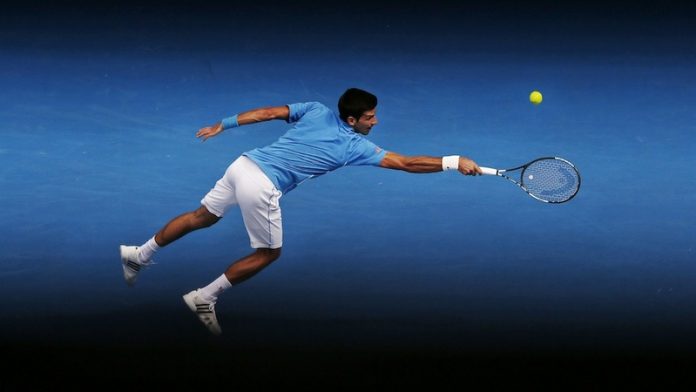 Roger in the running again

As Swiss Family Federer – an entourage comprising a husband and wife, a nanny and two sets of twins – continues its globe-trotting journey through tennis, the captain of the ship gives every indication of sailing on indefinitely.

Roger Federer is poised to take over as world No 1 if Novak Djokovic slips up this season – he trails the Serb by 1 530 points. On Wednesday when he beat Simone Bolelli, whose fluid style has often been compared to his own, in the second round of the Australian Open he posted career win number 1 002, a mountainous collection of victories that includes 17 slam titles.

“We’re not going to talk about this every single match now, right?” he quipped when asked about passing the landmark in Brisbane recently, then adding to it in the first round in Melbourne by beating the Taiwanese Lu Yen-hsun in straight sets on Monday.

Beyond Bolelli lie more exacting challenges before a probable quarter-final against Andy Murray, whom he beat at that stage here a year ago.

At 33, Federer is not only playing his best tennis in years, he is also relaxed, content and, despite a worrying flare-up of a back injury that forced him to pull out of the ATP World Tour Finals title-decider against Djokovic in London in November, in rude health.

For the first time he spoke in detail this week about how the back injury nearly forced him to miss Switzerland’s Davis Cup final against France a week later in Lille. “I had the doctor take a train from Lille Saturday night after the [Tour Finals] semi-final against Stan Wawrinka,” Federer said. “I hardly could get out of bed. He had a look at me [and said] if you can’t even run, you can’t play.

“What we did was just let it heal. He [said] just do basically nothing except some very minor treatment, so it relaxes. It took two-and-a-half days, three days until I could run again. I was taking medication, heavy ones. Just got back in time. Basically, Wednesday night when I went for a hit in Lille, that was the first time I felt like I could run. That’s when I decided: if you can run, you can play.”

He ran, he played, he lost (to Gaël Monfils) then won – and Switzerland lifted the Davis Cup after 84 attempts. It was an emotional night, one Federer could share with his friends and team-mates rather than alone.

It could be his career mantra: if you can run, you can play. There is no indication that Federer’s legs are ready to give up on him. Whether or not they can carry him through two weeks of a gruelling grand slam tournament again, we will discover soon enough and, if Federer wins the Australian Open, he will be the oldest to do so since Ken Rosewall won in 1972 at the age of 37 years and 62 days. – © Guardian News & Media Ltd, 2015

Even as he confirms his status as favourite for the 2015 Australian Open with a straight-sets victory over Andrey Kuznetsov on Wednesday, Novak Djokovic continues to dance around the issue of his health.

It was a curious spectacle, watching the world number one hit the ball with much of his old assurance in dismissing the challenge of would-be British citizen Aljaz Bedene in the first round yet answer queries about a virus he picked up in Abu Dhabi as though he had leprosy. “They’re fading away,” he said reluctantly of the flu-like symptoms that have dogged him for the past fortnight.

“It hasn’t been an ideal couple of weeks in terms of health and preparation,” Djokovic admitted. “But I have fought my way through. Now it’s behind me. I’m only looking forward. I think I did well in terms of responding to the slow start [on Tuesday], feeling a little bit rusty on the court. Hopefully the next one will be even better.”

Djokovic pulled out at the last minute ahead of his scheduled final against Andy Murray in an exhibition in Abu Dhabi – just as Roger Federer had done before he was due to face him in the final of the ATP World Tour Finals at the O2 Arena in London – and lost to Ivo Karlovic the following week in Qatar.

This is the age of the walking wounded in tennis as well as the upset, yet Djokovic has largely avoided the curse that has befallen fellow members of the Big Four – Djokovic, Federer, Rafael Nadal and Andy Murray – a group whose rule is challenged by the day. They have suffered occasional early losses in slams; Djokovic has not.

He lost only six of 43 matches in winning four titles in 10 visits to Melbourne, and he kicked off his latest campaign with an untroubled three-set win against Bedene, the Slovenian who wants to play in the Davis Cup for Great Britain once he gets British citizenship.

Yet, although Djokovic’s face dominates blanket television advertising for the tournament and he is ritually fêted by fans, organisers and the media, he is not the automatic darling of the crowd. That crown still sits on the regal head of Federer, and will do so until he retires.

They respect Djokovic and many fans find him amusing and engaging. What journalist, for instance, could not like a player who hands out chocolates at the beginning and end of each season? Nevertheless, nearly every other player struggles for adoration space around the great man’s hem.

A Serbian journalist inquired here in 2011, the best year of Djokovic’s career, why he was not more popular. It seemed an odd question. It was not an issue in the eyes of journalists outside his country. Besides, his compatriot was the best tennis player in the world at the time and, with a few dips, would remain so until this very fortnight.

There are more important matters for Djokovic to attend to, meanwhile – such as his son, Stefan, who arrived in 2014 to garland his success on the court and his marriage to his long-time girlfriend, Jelena Ristic.

All of a sudden, Djokovic was transformed from freewheeling international sports celebrity into responsible parent. Might this prove to be the trigger to move him closer to Federer as a celebrated sports star? And could he become the first father to win the title since the Swiss did so five years ago?