Court put to the test in adultery case 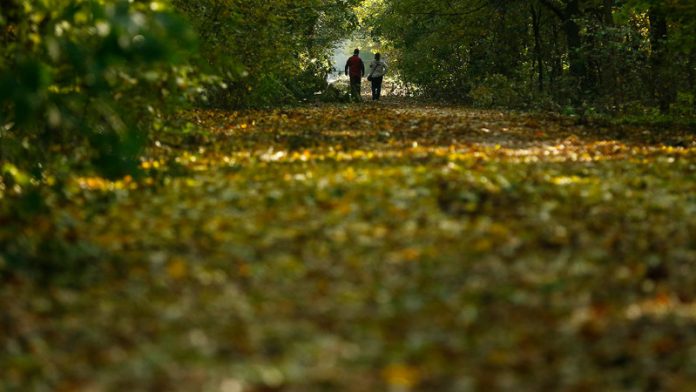 Like most stories involving civil claims for adultery, this one comes with a health warning.

Its sordid details emerged in a case heard by the high court in the Eastern Cape when the marriage of two Johannesburg attorneys came unstuck (they cannot be named). She filed for divorce. He countersued, claiming more than R2.5-million in civil damages from his uncle and father figure — the man with whom he found his wife engaged in oral sex.

Why is this case worth recording? Because last year the Supreme Court of Appeal scrapped provisions of the law that allowed civil damages to be claimed for adultery. That decision could now be challenged in the Constitutional Court: the husband in the matter heard by the appeal court says the law helps ensure marital fidelity and should not be scrapped.

In a judgment delivered in September last year, the Supreme Court of Appeal, in scrapping the law, said, although marriage is regulated by law and protected by the Constitution, its essence consists in the readiness, founded on morals, of the parties to the marriage to create and maintain it. Among other reasons, the court also held that there was little substance in the argument that the action had a deterrent effect and was therefore necessary to protect the institution of marriage. The law was archaic and based on notions that a husband had a proprietary interest in his wife. The general trend among Western democracies was to do away with the action, because the contestation of actions exposed young children of the marriage to harmful publicity and emotional trauma and, importantly, the fact that the “wronged” spouse could sue only the third party and not the “guilty” spouse was contrary to notions of justice.

The Constitutional Court has directed the parties to submit written argument on whether it should hear the matter.

The case in the Eastern Cape illustrates once again the difficulties raised by the appeal court of, among others, the potential for the infringement of the dignity of all parties involved. It also raises the inherent unfairness in the fact that the “wronged” spouse may claim from the third party but not from the spouse involved with the third party in the adultery.

But it raises other noteworthy legal features, and to understand them the facts must be briefly stated. In this matter, the husband — now the ex-husband — and his wife often visited the Eastern Cape farm where his uncle and aunt lived. The husband’s mother also lived on the farm, the scene of many holidays for the close-knit, extended family.

One evening during one such family farm holiday, the husband found his wife in the doorway of his uncle’s bedroom, giving his relative oral sex. The husband rushed his wife to his mother’s bedroom. When the three of them returned, they found the uncle reading the Bible in bed.

The uncle steadfastly denied knowing anything about the incident. He said he had drunk alcohol and taken a sleeping pill before having a bath. The next thing he knew, people were shouting at him as he lay on his bed.

He made two other submissions: that oral sex did not constitute adultery — an issue that took up a considerable part of the hearing, and that the whole story was concocted by the husband to get a controlling interest in his business.

The judge dismissed the suggestion that the couple lied about the incident for their financial gain. The uncle was a poor witness, the judge said, so was a key witness who testified on his behalf, and the probabilities favoured the couple’s version.

As to whether oral sex constituted adultery, the judge “decisively concluded” that it did.

In his original claim, the husband asked for R100 000 for loss of consortium (love and affection) and another R100 000 for injuria (damage to dignity). Given the decision of the appeal court, which scrapped both claims, the husband is not entitled to either amount.

But the appeal court specifically left open the question of whether, in appropriate cases, a claim could still be brought for patrimonial losses in a case involving adultery. In this case, the husband included a demand of well over R2-million in patrimonial losses against his uncle.

He reached this amount by computing how much he had lost financially when the marriage broke up over the adultery. He would have based the figure on the financial support he would otherwise have expected to receive from his wife through the income that she brought to the joint household.

Other claims still pending include medical expenses related to the trauma of having found his wife and uncle “in a compromising position”.

The amount the high court could order the uncle to pay in patrimonial and other damages is still to be decided, if the case goes back to court.

But the initial part of the case was argued before the appeal court’s decision and so the judgment does not reflect the change of thinking so clearly delineated by the unanimous appeal court Bench.

There’s thus no doubt that the whole matter could well take a different turn once it’s back before the high court for a decision on the actual monetary damages that should be awarded.