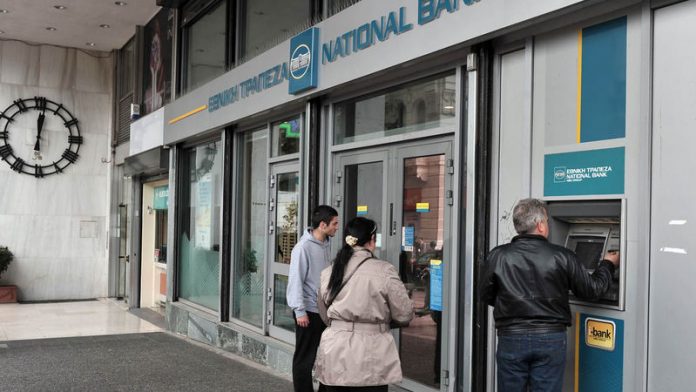 Greece formally requested a six-month extension to its euro zone loan agreement on Thursday, offering major concessions as it raced to avoid running out of cash within weeks, but immediately ran into strong objections from EU paymaster Germany.

Berlin’s reaction was hostile, with the finance ministry describing the Greek proposal as “not a substantial solution” as it failed to fulfil conditions of an EU/ International Monetary Fund (IMF) bailout programme which leftist Prime Minister Alexis Tsipras had promised to ditch when he won an election last month.

With the programme due to expire in little more than a week, Athens urgently needs to secure a financial lifeline to keep the country afloat beyond late March.

Eurozone finance ministers will meet on Friday afternoon in Brussels to consider the request, the chairperson of their Eurogroup, Jeroen Dijsselbloem, said in a tweet. That raised hopes of a deal to avert possible bankruptcy and a Greek exit from the 19-nation currency area.

But such hopes soon began to fade when the German finance ministry poured cold water on the Greek request made in a letter to Dijsselbloem for an extension to its “Master Financial Assistance Facility Agreement” with the eurozone.

“The letter from Athens is not a proposal that leads to a substantial solution,” Jaeger said in a statement. “In truth it goes in the direction of a bridge financing, without fulfilling the demands of the programme.”

The letter did not meet the criteria agreed by the Eurogroup of eurozone finance ministers on Monday, he added.

In Athens, a government official said Greece was proposing different terms from its current bailout obligations.

Dealing with a ‘humanitarian crisis’
Greece had committed to maintain fiscal balance during the interim period, take immediate reforms to fight tax evasion and corruption, and measures to deal with what Athens calls its “humanitarian crisis” and kick-start economic growth, he said.

In the document, Greece pledged to meet its financial obligations to all creditors, recognise the existing EU/ IMF programme as the legally binding framework and refrain from unilateral action that would undermine the fiscal targets.

Crucially, it accepted that the extension would be monitored by the European Commission, European Central Bank (ECB) and IMF, a climbdown by Tsipras who had vowed to end cooperation with “troika” inspectors accused of inflicting deep economic and social damage on Greece.

However, the document stopped short of accepting that Greece should achieve this year a surplus on the primary budget – which excludes repayments on Greece’s huge debts – equal to three percent of the country’s annual economic output, as promised under the bailout deal.

Tsipras wants to cut that to 1.5 percent to allow more state spending to ease the plight of the Greek people, while the document left the issue open by speaking of attaining “appropriate primary budget surpluses”.

The six-month interim period would be used to negotiate a long-term deal for recovery and growth incorporating further debt relief measures promised by the Eurogroup in 2012.

If Berlin’s reservations are shared among other eurozone governments, the letter’s wording may fail in its intention: to allow Athens to avoid saying it is extending the current programme that it opposes while creditors can avoid accepting a “loan agreement” without strings attached.

Greek Finance Minister Yanis Varoufakis had expressed confidence on Wednesday. “The application will be written in such a way so that it will satisfy both the Greek side and the president of the Eurogroup,” he said.

Crucial details remain to be clarified on the fiscal targets, labour market reforms, privatisations and other measures due to be implemented under the existing programme.

Greek stocks initially rose on Thursday’s developments, with the benchmark Athens stock index up two percent but slipped back after the German statement, being up just 0.6 percent on the day. Banks gained nine percent but then shed half the gains.

Germany scornful of suggestions
German Finance Minister Wolfgang Schaeuble has poured scorn on suggestions that Athens could negotiate an extension of euro zone funding with no strings attached.

But on Wednesday he had indicated there may be some possibility of a compromise. “Our room for manoeuvre is limited,” he said during a debate in Berlin, adding, “We must keep in mind that we have a huge responsibility to keep Europe stable.”

Greece’s finances are in peril. It is burning through its cash reserves and could run out of money by the end of March without fresh funds, a person familiar with the figures said.

Likewise its banks are dependent on the emergency funding controlled by the ECB in order to pay out depositors who have been withdrawing their cash. The ECB agreed on Wednesday to raise a cap on funding available under its Emergency Liquidity Assistance scheme to €68.3-billion (US$78 billion), a person familiar with the ECB talks said.

That was a rise of just €3.3-billion, less than Greece had requested. The modest increase raises the pressure for a compromise at the Eurogroup. One senior banker said it would be enough to keep Greek banks afloat only for another week if present outflow trends persist. – Reuters