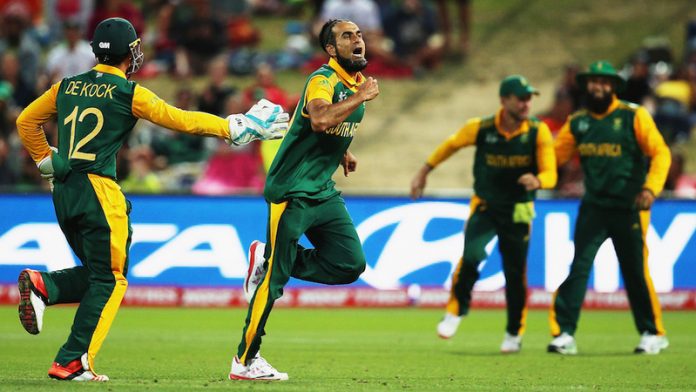 Cricket World Cup organisers have done all they can to maintain interest during a month of group games featuring some that, on paper, fail to inspire the imagination. Their answer was to spread the “big” games as evenly as possible between those that, theoretically, should have no bearing on the quarterfinal line-ups.

Sunday’s game between South Africa and India at the MCG is one of the biggest. Only a few thousand tickets remain unsold but a full house of 90 000-plus is predicted. It may still be early days in the tournament, but crystal-ball gazers are already predicting that the result could easily determine the fate of both teams in the knockout stages.

Given the thunderous early form of cohosts Australia and New Zealand, the likelihood of them finishing first and second in Group A looks strong. Which means the only way to be sure of missing them in the quarterfinals is to finish in the top two of Group B. Defeat on Sunday would leave no further room for error. Another mishap for either South Africa or India would probably mean either Australia in Adelaide or New Zealand in Wellington.

The Proteas are highly unlikely to change their starting XI for the match, which, according to a former Indian captain on the commentary team here, will suit their opponents perfectly: “Twenty overs out of 50 from Imran Tahir, JP Duminy and [Farhaan] Behardien … that will be just fine. Three very good seamers [Steyn, Morkel and Philander] will be respected but the other 20 overs can cost 140, so that’s a big total,” he said.

Tahir’s ODI record over the past three years? Regular wickets and an economy rate of 4.5 runs per over?

‘They can read him’
“Oh, really. And who was this against? Not India. They can read him. This is not disrespect for him, he is a good bowler, but there are many like him in India. Many. Our batsmen play against them from an early age. South Africa should play their strengths, another fast bowler,” he said, not wishing to be quoted officially. Or not contractually allowed to be.

Most teams refer to a horses-for-courses approach, but those choices usually revolve around conditions. The fear for the Proteas management group is that omitting one of their most potent weapons because he “isn’t good enough” would send a powerfully negative message. On the other hand, they could simply say that the MCG’s drop-in pitches have, historically, offered little to encourage spinners.

The only other selection conundrum involves the number seven position. Behardien is there by default and the world’s batsmen, or those of them in Group B anyway, could barely contain their delight (and mirth) at watching him bowl against Zimbabwe in Hamilton last week. A back and side strain reduced his medium pacers to the category of gentle.

South Africa’s selection policy for over 20 years has been reactive rather than proactive. In other words, you have to play yourself out of the side once you are in it.

This precludes forward-thinking and pre-emptive strikes. Sometimes, it’s possible to see a situation before it actually happens.

Coach Russell Domingo’s admiration for Wayne Parnell is as obvious as young love. But the possibility of him being introduced to the starting XI “cold”, in an important match, is a real danger.

Finishing at the top of Group B, rather than just in the top two, is even more significant for the semifinals when the final four teams will be pitted against each other on the basis of where they finished in their groups. So if Australia and South Africa finish top, they cannot meet until the final.

Easier passage
Media training helps players to say “it doesn’t matter who you play, or when, you still have to beat them to win the tournament” but nobody believes that. Not even them. Winning as many games as possible in this format will almost certainly ensure an easier passage to the final.

Not that there is anything easy about this format. Apart from its easiness. Ireland beat West Indies in a thrilling upset but their chances of building on the momentum were dashed by an astonishing nine-day wait until their next game.

“It is what it is,” said the team’s phlegmatic captain, William Porterfield. “It would have been nice to play earlier but the schedule was done a while ago so we knew what to expect.” New Zealand had played   and won   twice before Ireland had warmed up.

While the players are encouraged to concentrate on their form and leave everything else to their carers, the management teams are duty-bound to look ahead and plan for every possible scenario.

If the Proteas finish top of the group, they play Sri Lanka or England. Or Bangladesh.

If they lose to India and, say, Pakistan, they will play a quarterfinal against home opposition in a hostile environment to match anywhere in the world.

Much to digest. But spectators with a “doesn’t-really-matter” view of Sunday’s game against India may wish to reconsider.