Miners rescued after a fire at Harmony Gold 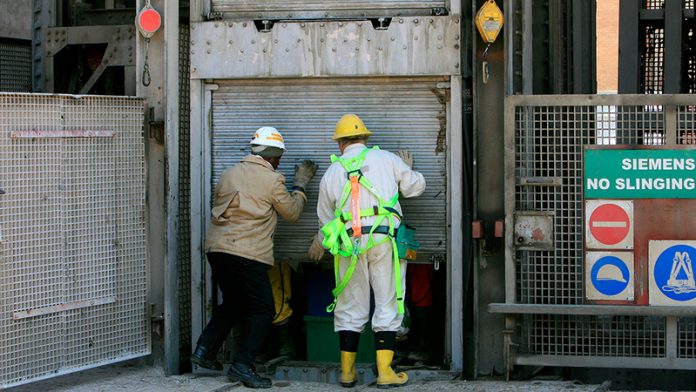 All 486 miners who were trapped underground at a gold mine in on Sunday have been brought to the surface, a spokesperson for mining company Harmony Gold said.

“All the miners are out,” Charmane Russell told Agence France-Presse. “Fortunately in this instance, things went according to plan.”

According to a company statement, the fire at the mine near Carletonville about an hour from Johannesburg, was detected around 7.40am, nearly two kilometres underground.

Maintenance work
Harmony Gold said 486 miners were working in the Kusasalethu mine at the time. Russell said all employees were notified and advised to move to refuge bays. “Our employees have been trained for this,” she said.

Rescue teams moved in to contain the fire by cutting ventilation to the flames, before going from level to level to escort the workers to the surface.

The last group to be rescued was working nearly 3.5km underground.

The fire is believed to have started while maintenance work was being carried out on an air cooler.

Gold mining deaths
Mining Minister Ngoako Ramatlhodi said in November that 2014 recorded the lowest number of fatalities in the mining industry’s history, with 84 deaths. However, deaths in the gold mining industry rose in 2014 to 44 from 37 in the previous year.

Nine workers were killed after a fire related to a seismic event at Harmony’s Doornkop mine in February last year.

Last year Harmony closed Kusasalethu for two weeks to try to remove illegal miners who had been trespassing on the operation and were believed to be starting fires. – AFP, Reuters

Ingonyama Trust to get permanent board