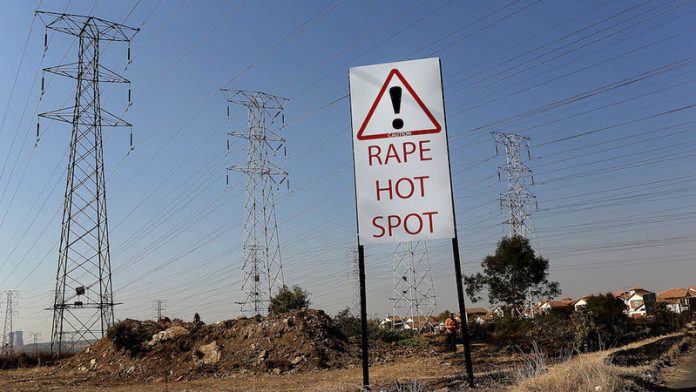 In her autobiography, Assata Shakur, the African-American activist and former Black Panther, tells of an incident in which she was nearly gang-raped by boys who had lured her into an abandoned house.

She managed to escape, but says she thought a lot about those boys after the incident: “What [I] couldn’t understand is why they hated me so much. Everyone was always saying what a dog-eat-dog world it was. There were all kinds of people in the world and most of them seemed unhappy. Everybody seemed to be in their own bag and few seemed to care about anybody else.

“I had read a play by Jean-Paul Sartre. It ended with the conclusion that hell is other people, and, for a while, [I] agreed.”

The question of what propels some men to carry out unspeakable acts of hatred and sexualised and gendered violence is one upon which many thinkers have pondered. We live in a country where it’s often stated metaphorically – the stats being unavailable or unverifiable – that a woman born in South Africa is more likely to be raped than learn to read.

We live in a country where a group of boys in the Northern Cape tied a fellow pupil up by his hands and feet, in a bed, and then raped him with a broom handle – while others watched and even recorded the incident. And this was in the same vein that, in the Eastern Cape, a KwaZakhele man described in court how he witnessed the alleged violent gang rape of a lesbian woman as part of the men’s efforts to “correct” her.

What is striking about these events is despite their occurring in different provinces with men from different class and racial backgrounds, they all took place in a space of familiarity and intimacy. These were not strangers committing these acts – they were people known to the victims.

Some recent works of scholarship and research may help us come to grips with the issues here. In his study of newspaper responses to initiation practices at a private school for boys in South Africa, Anthony Collins argues that it is important to go beyond looking at this behaviour by men as simply deviant; we must critically consider the everyday social structures that shape and produce such masculinities.

The title of Christina Sharpe’s book, Monstrous Intimacies: Making Post-Slavery Subjects, is appropriate for this kind of context. “Monstrous intimacies” are, among other things, the “inhabited horrors, desires, and positions [that are] produced, reproduced, circulated, and transmitted, that are breathed in like air and often unacknowledged to be monstrous”.

Indeed, as Collins remarks in his study, when there are incidents of bullying in initiation processes, particularly at South African private schools, some people endorse them. They see them as part of building boys’ characters. The harm they do – their monstrosity – is denied. The abusers, instead, are idolised. Collins comments that “the essential dynamic [at work, in this instance] is that the overwhelming negative experience [of abuse and violence] is managed by psychologically fleeing from the experience of the victim, and instead taking refuge in the perspective of the perpetrator”.

What is worrying here is not simply how this violence is defended and endorsed by many people, but how it has been normalised. Shakur says that boys “pulling a train” – gang-raping women – was “a pretty common thing” in the days of her youth. So it’s not just today. Being gang-raped, Shakur writes, “didn’t happen to any particular kind of girl. It happened to girls who were at the wrong place at the wrong time. The boys talked about it like it was a joke or a game, like they were only about to have some fun.”

Certainly, South African reports of violence against queer persons and women indicate a similar twisted logic; they show that some violent pleasure is derived by the people who commit these acts. Maria Hengeveld writes that there is an urgent need in this country to deconstruct “naturalised beliefs [about] biology and male responsibilities, which legitimate violence”.

We have to open up a space for an investment in healthy sexual relations for men, women and queer or nonbinary persons, a space in which they can thrive without being subjected to others’ desire to use their bodies as a test of their violent manhood.