Story of destruction told through photos of eerie beauty 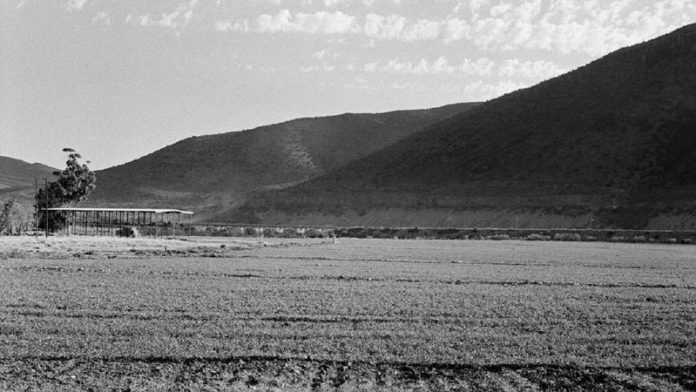 Once I stood on the precipice of a hill and stifled a scream. Like Mitch’s mother Lydia in Hitchcock’s Birds, my scream was stuck inside my throat. This occurred at the majestic gravesite of Xhosa warrior and king Sandile, situated in the foothills of Amatole Mountains, near King William’s Town.

My outrage wasn’t only because I witnessed the neglect of the great place – dilapidated, creviced walls and weed-ridden. On my ascent, I faced the unforgiving lands of the defeated, the stretching plateaus of rage, bellowing and forlorn.

These are the plains of the lot that “fell for their country, died next to Sandile their king”, as poet Nontsizi Mgqwetho wrote in 1920. Today, such sites rarely fire us up with fervour and pride but rather with defeat and trauma.

Photographer Cedric Nunn, in his travelling show One Hundred Years of Resistance, revisits the sites of memory centuries after the internecine wars. As much as Nunn’s show is a photographic exposition, walking through it is like taking a history lesson. To locate the predicament of the present, it revisits historical events of colonial violence and their enduring legacy.

Remains of destruction
Though all the hatchets, spears and muskets have shrivelled in rust and the peace treatise has gathered dust, the conditions of war that shaped the oppressor and oppressed have remained. The passing of time has not shifted the conditions of relations.

By way of journeying back, Nunn travels between the present and past, as if trudging across seamless grey frames of temporal stillness refusing to disturb and destroy the status quo. It is perhaps here that we must question the former colonial enterprise: though the dates of death as a result of its coercive force are known, its ghost prowls about in the present.

It is not the lingering effect of history as such that haunts the descendants of Xhosa warriors and their places, but the continual reproduction of the historical mission.

This is Nunn’s greatest intervention. Interestingly, is how he dwells on spaces, sites and memorial objects, but rarely on people, to tell us about its people. As anticolonial thinker Frantz Fanon knew, there is a definite relation between people and their places of residence. Under systems of repression, the places of the black oppressed and poor are darkly zones where nonbeings are domiciled. The zone of the settler and that of the native, to use Fanon’s lexicon, are not complementary and exist in reciprocal exclusivity.

Rendered in different shades of grey and pale whites, the context in which we read from these simple spaces that we pass without thinking, all of a sudden haunt us. Places, like the Healdtown mission and college, known by many as spaces where many African converts and modernists first tasted the indoctrination of colonialism, lie in ruin.

Nunn takes us through these dilapidated buildings, the graves of the massacred, sites where significant figure fell. Just like the townships built, perhaps unknowingly, next to the places of significance are modern reserves, the neglected spaces of historical importance are indicative of how peripheral blacks and their history are. The images tell us how black history remains to be systematically wiped out of collective memory either by neglect or distortion – or disappearance in public spheres.

Symbolic oppression
It is also interesting to read how this disappearance of black memory in public spheres – well, except for Tata whose affairs with Rhodes are known – relates to the stable and ubiquitous presence of colonial statues. Isn’t this domination of symbolic and public space compatible with the daily dispossessions and policing of black people in public space?

It is no wonder that the move, at least in Cape Town, has been from the defacing of (defecation on) city offices to the Rhodes statue.

One must heed the irony that after this spectacle of subversion power always summons black people to clean the excrement.

Nunn’s work gives us tools to critique the retention of antiblackness from its historical roots to current forms of collaboration.

Cedric Nunn: Riding the wave on the cusp of sweeping change