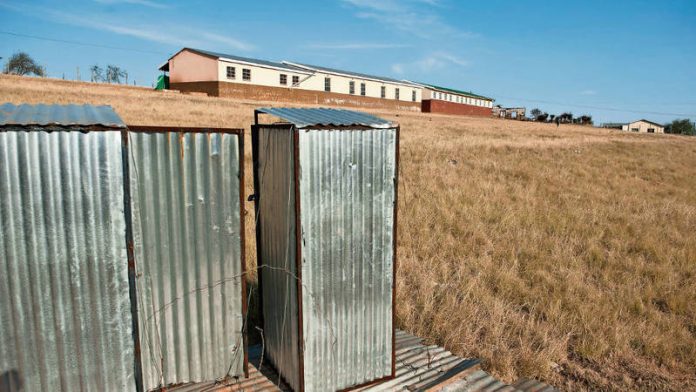 The Eastern Cape education department is investigating Mvula Trust regarding a R21-million school upgrading contract that went to the husband of a former departmental employee now working for the trust, allegedly without following a tender process or an official letter of appointment.

This comes just two years after a scandal in which Corruption Watch accused Mvula, South Africa’s largest water and sanitation ­nongovernmental organisation, of “fronting” by handing R30-million of government work relating to the community public works programme to a company owned by one of its trustees.

The head of the Eastern Cape education department, Ray Tywakadi, said this week that the department was looking into a contract for the upgrading of eight school hostels which Mvula subcontracted to a local company, Mzomba Developments.

Tywakadi confirmed a Daily Dispatch report that the tender was not advertised. “They (Mvula Trust) cannot be willy-nilly about public funds,” he said.

He hinted that there were other transgressions, saying “we are still investigating and will be having meetings with the deputy director general to check how the flaws happened and the sequence of events”.

Invoices rejected
A source in the department’s finance section, who asked to remain nameless, said Mzomba’s invoices were rejected last month because it had no official appointment letter for the contract. “The payments were not made because there was no signed agreement between the department and Mvula Trust,” the source said.

“They were told to come back with the relevant documents. We don’t process something we aren’t 100% sure about and that doesn’t have all [the] supporting documents.”

Central to the row is Fezeka Manyika-Mzomba, the wife of the owner of Mzomba Developments, Jongikhaya Mzomba, and a former education department quantity surveyor.

A month after the department authorised the deal with Mvula, Manyika-Mzomba joined the trust as technical services manager.

In its report, the Daily Dispatch also alleged Jongikhaya Mzomba “indirectly” reported to his wife, a claim he denies.

A Mvula employee who spoke anonymously said that when invoices were sent to the department “we were questioned if we did not have a conflict of interest policy, because Manyika-Mzomba had just left the department”.

Procurement process ignored
A Mvula manager who recently left the trust said employees were shocked to learn that Mzomba Developments had started upgrading the school hostels without a proper procurement process.

“We can’t even say Mzomba was selected because it was not chosen in competition with other companies. The company was hand-picked to do the work just before his wife joined Mvula.”

Manyika-Mzomba refused to comment. “I’m too busy; I don’t want to comment about anything,” she said. “You must go ahead and write whatever you were going to write anyway. Don’t call me again.”

Mzomba did not answer emailed questions. However, amaBhungane has seen an email he sent to colleagues complaining that many of them had reacted to the Daily Dispatch report by treating him and his firm “with less respect, disgust and resentment”.

In the email he said he received an instruction from Mvula’s chief executive, Silas Mbedzi, in November last year “to urgently attend to the schools facing water and sanitation challenges. I was informed that the learners were subjected to very inhuman conditions. My wife was employed as a quantity surveyor with the department and had no influence in awarding any tenders.”

He also denied reporting indirectly to his wife, saying that all reports were submitted to a project manager at Mvula’s regional office.

Assurance given
“I would have acted unprofessionally should I have abandoned these important projects at the time my wife had joined Mvula Trust,” he said. “I had discussed the matter with Mvula Trust management at the time she joined and was assured that nothing is peculiar about it.”

Asked why the project was so urgent that normal procurement procedures were bypassed, Mbedzi said two of the schools were “in a grave condition whereby some learners … were hospitalised for water contamination-related illnesses due to the pollution of the river that ­provides water to the school and neighbouring communities”.

“Besides, the hostels were flooded with grey water from the sewers. At Byletts Combined School, the lack of water for consumption and for flushing of water-borne sanitation system compromised the operation of the school.”

Mbedzi said the trust received a written request from the education department on November 10 last year to urgently assess and report back on the waste water treatment facilities at the schools.

On seeing the seriousness of the situation, the trust had invoked a clause in its procurement policy stating that “where only one suitable supplier or service provider on the approved list is identified, they may be invited to submit a proposal, with no other proposals requiring to be considered”.

Mbedzi said the total contract had been revised to R19.9-million. He did not say why Mzomba was regarded as the only suitable supplier.

No urgency
The Democratic Alliance has questioned the urgency of the work, arguing that the schools had experienced no new water or sewage bursts.

“We will write to the MEC to … withdraw the tender with immediate effect and for the project to be taken back for tendering. The systems that are in place for urgent interventions are being abused for corruption … where companies are hand-picked to do projects,” said DA member of the Eastern Cape legislature Dorah Matikinca.

Mvula was set up in 1993, principally as an implementing agency to work with government on rural water and sanitation projects.

In 2013, Corruption Watch revealed it had subcontracted a co-operative governance department deal to pay public works employees to a company owned by Gabsie Mathenjwa, an Mvula trustee.

Mabudafhasi has since left the board and Mbedzi has been reinstated as chief executive. He also serves on the board of trustees.