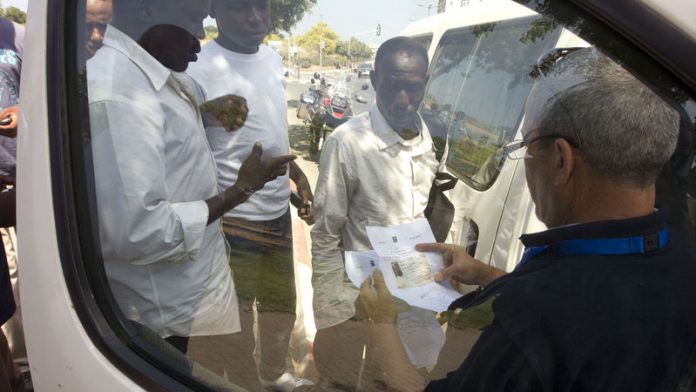 How many immigrants live in South Africa? The numbers used in news reports written in the wake of the recent series of brutal attacks on foreigners in the country varied widely.

The BBC said: “Official data suggests there are about two million foreign nationals in South Africa” but that “some estimates put the number of immigrants at five million”.

The New York Times stated this number as fact. “With Africa’s most advanced economy, South Africa is home to about five million immigrants,” it said in an article on the xenophobic attacks.

So where does this number come from? Is it backed up by research?

No response when asked for source
Africa Check emailed Norimitsu Onishi, the journalist who wrote the article, to ask for his source but have yet to receive a response. An email via the New York Times website also went unanswered.

With no response from the New York Times, our next stop was Statistics South Africa (Stats SA), the official statistics agency. Demographic analysis manager, Diego Iturralde, said that “the numbers quoted by the New York Times are way off the mark and it would be interesting to see the source [of] their claim”. Researcher at and former director of the African Centre for Migration and Society at Wits University Loren Landau agreed. “As far as I know, this is completely untrue,” he told Africa Check.

Only 2.2-million immigrants according to census
When we asked what is the real figure, both Iturralde and Landau directed us to South Africa’s last census for the best available data. The 2011 census found that there were 2 199 871 people living in South Africa who were born outside the country. They made up 4.2% of the population – which then stood at 51 770 560. Seventy-one percent of those born outside of South Africa were African.

Some of the immigrants acquired citizenship since their arrival and therefore the number of non-citizens resident in South Africa is lower. According to the census 1 692 242 people – or 3.3% of South Africa’s population then – were not citizens in 2011. Similar figures were recorded the year following the census in the 2012 General Household Survey.

“The nature of global migration is that it doesn’t change much at a country level from year to year … there is no reason to suggest that it has increased dramatically,” he said. Landau told Africa Check that it was “highly unlikely” that the immigrant population would have more than doubled from 2.2-million in 2011 to 5-million in 2015.

According to Iturralde, “some undocumented migrants may have avoided the census enumerators for fear of their personal data being passed onto the authorities”. But he said this would have been accounted for during the Post Enumeration Survey. This survey is used to determine the extent of an undercount or overcount. The survey is conducted immediately after the census to evaluate the quality of census data and provides a statistical basis for adjusting census data.

Some undocumented migrants would have evaded the census but not the almost three million required to reach the five million figure. The analysts of population movement in southern Africa that we spoke with said it was highly unlikely that the immigrant population would have doubled in the four years since that last poll was done.