Even ANC voters say the ruling party is performing badly 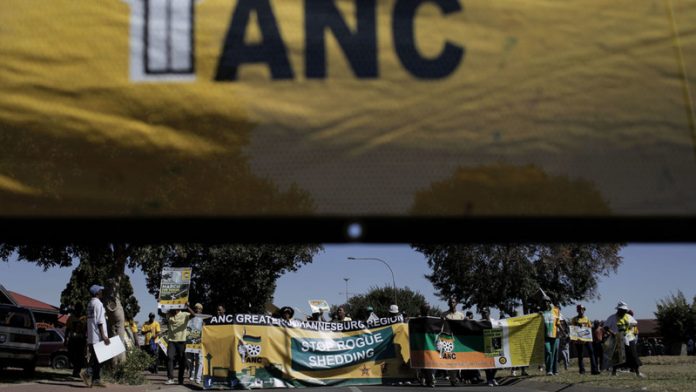 After much soul-searching in the wake of last year’s gruelling general elections, the ruling party is facing another bleak electoral battle – its own research reveals that its voters “think we are performing badly” in combating crime and corruption, and in creating jobs.

The party is defensive in public but an internal election strategy document frankly admits that voters are in a bad mood and are fed up with corruption and incompetence.

“Dysfunctional state services and corrupt leaders and lack of contact lose us hundreds of thousands of votes,” the document’s authors said.

The party will be contesting the local elections next year concerned about the prospect of losing its key metros – Tshwane, Johannesburg and Nelson Mandela Bay.

The ANC conducted a survey in all municipalities over a period of months after last year’s general elections and the outcome of the poll was put together after about five visits to each municipality. The Mail & Guardian has seen a summary of the survey outcomes attached to the party’s elections strategy document.

The ANC remains a behemoth, dwarfing the opposition nationally, and is still in charge of eight provinces and most municipalities, but it is trying to halt the dwindling of its support.

Its national vote was reduced by 4% last year and it won Gauteng, Africa’s economic hub, by a whisker.

The common thread among all these groups is the perception that the party is failing to deal with corruption, crime and high unemployment – three issues highlighted in its internal document.

Almost a quarter of the economically active workforce is unemployed, and the latest crime statistics reveal an increase in murders, house robberies and hijackings, crimes that affect the national psyche. The country was also ranked 67th last year in Transparency International’s corruption index.

The ANC document said corruption and the conduct of leaders could drive away voters, and that the behaviour of some ANC leaders might be affecting its credibility.

The authors said populism is a short-term strategy and that voters want to see a tangible difference in their lives.

“We’re not in touch with the people and we don’t debunk perceptions,” said a senior ANC leader who attended the elections workshop and the national executive committee (NEC) meeting where the document was presented.

In its 2006 local government election manifesto, the ANC introduced a code of conduct for councillors. The code required their work to be “reviewed regularly to ensure that they meet their obligations”. “In that way, the ANC will ensure that councillors remain accountable to you,” the document stated.

But disgruntlement over some councillors has been growing ever since.

On Monday, the ANC fired the Nelson Mandela Bay metro mayor, Benson Fihla, and replaced him with South African Football Association president Danny Jordaan, a move that ruling party insiders say is an attempt to restore its credibility in the Port Elizabeth area.

The party said one of its assets is its “fearsome” election machinery, “recognised as one of the best in the world”.

“Only if we get the right people in charge … teams must each get to an average of 1 100 voters, identify and register strong and weak ANC supporters, [and] persuade with house meetings, leaders and public meetings,” the document said. “[Our] machine cannot be derailed by factional and internal politics. [We] need to build on strengths and minimise weaknesses.”

Ineffective communication
The ANC election machine used to be buttressed by the trade union federation Cosatu, which is now deeply divided, and the National Union of Metalworkers of South Africa, which used to be its largest affiliate, has pulled out of the federation.

But the ruling party blames its own ineffective communication for failure to highlight its “good story”. The ANC has urged its representatives to put voters’ needs “at the centre of all communication” because “people love themselves first and then the ANC”.

The NEC member said the party believes that “we don’t tell people the good things that we do”.

The ANC is concerned that there is a perception it is failing to deal with corruption, crime and high unemployment and that this is eroding its support among the electorate. (Joel Thungren)

“Negativity overshadows positivity. For instance, in South Africa, there’s no government that did well on infrastructure development like the ANC government, but we are failing to ensure that we communicate [that] effectively,” he said.

In the document, the party said it wants to dominate the news with good stories about delivery and to show the electorate that “we are fixing problems”.

If the party implements its election strategy, South Africans will see an enhanced ANC presence on social media and more selfies and personal letters from ANC leaders.

‘Detached from people’
The NEC member said the party “acknowledged that there are some among us who are arrogant, aloof and impatient with people. We are seen to be detached from people. When you start getting a better income, you move [away] from your community,” he said.

The ANC’s unique selling point is its countrywide presence, according to the NEC member, and that is a disadvantage for other parties.

The party has warned its leaders not to underestimate the Economic Freedom Fighters (EFF), which is led by former ANC Youth League leader Julius Malema.

Ironically, the EFF has also conceded that its performance in recent by-elections was dismal, which it attributed to a lack of funds.

But the ANC said its public representatives should not take the possibility of the EFF gaining traction lightly and “provoking conflict with the state (led by the ANC)”.

Given the EFF’s youthful leadership and support, the ANC said it wants to “re-energise our potential young supporters”.

Youth league implosion
Compounding the ANC’s inability to reach young voters is the implosion of its youth league and a weak South African Students’ Congress, which has lost several campuses to opposition parties.

Referring to the Democratic Alliance, the ruling party said the DA’s strategy is to elevate itself as a paragon of good governance.

Out of the country’s 278 municipalities, the DA runs 28, some in coalition with other parties.

A political analyst in the Western Cape, Daniel Silke, said the DA has to build a public relations campaign around its new leader, Mmusi Maimane, in the three targeted metros.

He said, although issues such as Maimane’s perceived stance on homosexuality and veteran journalist Allister Sparks’s controversial comments about Hendrik Verwoerd’s leadership abilities were an electoral flop, they didn’t matter much in local government polls.

DA candidates
The DA has yet to finalise its list of mayoral candidates. The only known candidates so far are the party’s Eastern Cape leader and new federal chairperson, Athol Trollip, who will contest the Nelson Mandela Bay metro, and Western Cape leader Patricia de Lille, who said she wants to retain the City of Cape Town’s mayoral seat.

But the ANC’s worst fear seems to be potential co-operation between the DA and the EFF. While addressing the American Chamber of Commerce in South Africa on Monday, Maimane said “establishing coalitions prior to an election is almost a sin to speak about”.

The ANC said the strategy of the EFF and the United Democratic Movement (UDM) is to discredit the Independent Electoral Commission by creating the impression that it will rig the elections to favour the ANC. “Do not reinforce this with your behaviour,” the document’s authors warned party leaders.

The UDM, the EFF and the DA last year attacked the IEC’s independence following an office-leasing scandal that saw the resignation of Pansy Tlakula as the commission’s chairperson. The opposition successfully mounted a legal battle against her.

The M&G reported last month that the ANC has introduced strict guidelines for selecting candidates for next year’s elections, including the screening of candidates by branch committees.

Selection will begin in August and a conference to finalise the list is scheduled for December.

By-elections show that EFF has a way to go

The EFF dreams of putting up candidates in every municipality and winning wards and, more ambitiously, entire metropolitan councils in next year’s local government elections.

But if the results of by-elections contested by the party so far are anything to go by, the EFF is struggling to make inroads into municipalities.

There were threats of teaching the ANC a lesson when the red berets put up seven candidates in the rural KwaZulu-Natal municipality of Mtubatuba earlier this month, but the EFF failed dismally. In one ward, the party secured a mere 35 of the 2 457 valid votes cast.

It was hardly different in 21 other wards contested in six sets of by-elections since August last year.

When the EFF tested the ground in the Western Cape in February, it scored a paltry 55 of the 1 593 votes recorded. The trend was similar in January in the Free State town of Bethlehem, where the party received 43 of the 1 421 valid votes cast.

It had better luck last November, when it contested 10 wards in Limpopo’s Mogalakwena municipality and received an average of 218 out of about 1 029 votes per ward. A disclaimer worth noting at this point is that by-elections record significantly lower voter turnout compared with ordinary local government elections.

EFF secretary general Godrich Gardee concedes that the party has struggled in by-elections.

However, he said the poor performance seen so far is “not a measure of how the EFF will do when we go to the playing fields”.

The EFF has not invested much in contesting by-elections, Gardee said. “By-elections are more expensive than ordinary local government elections. We are operating in a shoestring environment and hand to mouth. Capital is hostile to us and we don’t have tenders.”

But he insists this will not deter the party in the 2016 municipal elections.

“We learned our lesson. We have to register our supporters. A lot of our supporters turned up to vote in last year’s election but were not registered,” Gardee said.

Political analyst Ebrahim Fakir said, although performance in by-elections cannot be used to predict voting patterns, the recent results have rubbished the notion that EFF is well organised and can tap into local communities.

“I don’t think the EFF will do terribly well in local government elections because in [municipal] elections there is a test of narrow support in a concentrated area,” he said. Fakir predicted the party will do fairly well on councils’ proportional representation lists. The party was recently allocated one such seat in the Mtubatuba municipality.

At its inaugural conference in December, the EFF said its draft local government elections strategy would be ready by March. Gardee, however, said changes are being made to that strategy because the party has learned from previous by-elections. “We are refining it [the strategy]. We cannot be reckless. It is a war plan. We don’t want our competitors to know.” – Qaanitah Hunter