War inevitable unless the US backs down – China state media 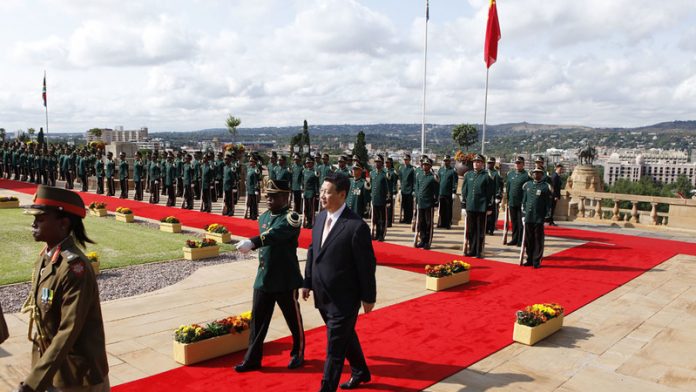 A Chinese state-owned newspaper said on Monday that “war is inevitable” between China and the United States over the South China Sea unless Washington stops demanding Beijing halt the building of artificial islands in the disputed waterway.

The Global Times, an influential nationalist tabloid owned by the ruling Communist Party’s official newspaper the People’s Daily, said in an editorial that China was determined to finish its construction work, calling it the country’s “most important bottom line”.

The editorial comes amid rising tensions over China’s land reclamation in the Spratly archipelago of the South China Sea. China last week said it was “strongly dissatisfied” after a US spy plane flew over areas near the reefs, with both sides accusing each other of stoking instability.

China should “carefully prepare” for the possibility of a conflict with the United States, the newspaper said.

“If the United States’ bottomline is that China has to halt its activities, then a US-China war is inevitable in the South China Sea,” the newspaper said. “The intensity of the conflict will be higher than what people usually think of as ‘friction’.”

Such commentaries are not official policy statements, but are sometimes read as a reflection of government thinking. The Global Times is among China’s most nationalist newspapers.

China claims most of the South China Sea, through which $5-trillion in ship-borne trade passes every year. The Philippines, Vietnam, Malaysia, Taiwan and Brunei also have overlapping claims.

The United States has routinely called on all claimants to halt reclamation in the Spratlys, but accuses China of carrying out work on a scale that far outstrips any other country.

Washington has also vowed to keep up air and sea patrols in the South China Sea amid concerns among security experts that China might impose air and sea restrictions in the Spratlys once it completes work on its seven artificial islands.

China has said it had every right to set up an Air Defence Identification Zone in the South China Sea, but that current conditions did not warrant one.

“We do not want a military conflict with the United States, but if it were to come, we have to accept it,” the newspaper said.

From order to chaos in a few seconds