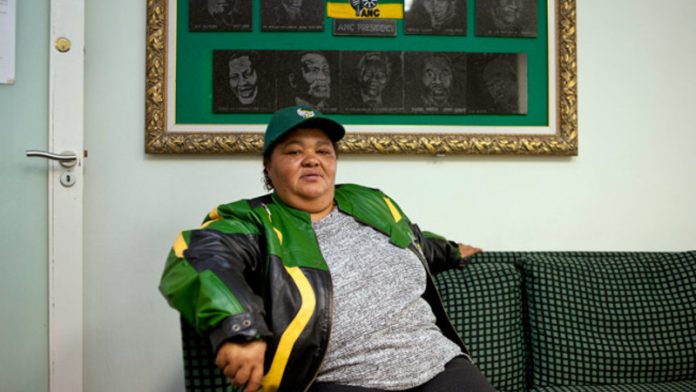 The first priority for the ANC’s new treasurer in the Western Cape is to help the party win back the confidence of funders and ensure that every cent is accounted for.

Maurencia Gillion told the Mail & Guardian on Wednesday that winning the confidence of donors, as well as planning, would be key to stabilising the party’s finances in the province.

The party’s congress last weekend had to be moved at the last minute from the Cape Town International Convention Centre (ICC) to the more affordable Cape Peninsula University of Technology after a donor withdrew their support.

“I am busy drawing up a financial plan for the next few years,” said Gillion, a former deputy secretary.

“It is important that we plan in advance at all times, so we know what events are coming up and what we need for them. We need to be better prepared. This provincial executive committee will look at building confidence of funders and it won’t happen overnight. That is why I believe planning for all eventualities is essential.”

In 2011, the party hired the ICC for its elective congress for R2-million but only managed to pay R250 000. It was only after four years – and a default order – that the party was able to settle its outstanding debt, just in time to book the venue for this year’s congress.

Beyond popularity
At the party’s congress last weekend, ANC national executive committee member Derek Hanekom urged branches to elect treasurers who would ensure there were funds in the party’s coffers to look after. Hanekom said it was disgraceful that branches had no money at all and they needed to think beyond popularity when electing a treasurer.

Gillion said that with the right planning, the party in the Western Cape would never again run out of cash. The former Overberg district municipality mayor – the ANC recalled Gillion for underperformance – said her background in finance would assist in stabilising the party’s finances.

“We know when these events are going to happen and we need to plan accordingly. We need to be able to account to our funders, to constantly report back to them so that they know where their money is going. They need to have confidence in our ability to manage the money. It won’t be easy, but we will do it.”

“We are going to start with an assessment to see where we are and which way we are going. But I have been a part of the PEC [provincial executive committee] for four terms and I know the systems, so it can and will be done,” said Gillion.

Doccie Who Killed Malcolm X? has led to a belated reopening of his murder investigation
Read more
Opinion

Standing up for the arts

Disparate lobby groups (I Am For The Arts, for one) and think-tanks within the arts are stepping up to fill the void, creating the kind of groundswell that is known to make politicians hot under the collar and speaking nervously
Read more
Sport

The South African is the only woman to ever win an F1 race, but her career was slowed down by political and financial barriers
Read more
Business

A spoonful of sugar makes taxes go up

NGO Heala is asking for the health-promotion levy to be hiked, while also dismissing claims by the sugar industry that this will cause job losses
Read more
Sport

The runner smashed her personal best in 2019, and will feel confident going to Tokyo in August
Read more
National

Corporations and banks that aided the apartheid regime have not been brought to book, so they continue to act with impunity
Read more
Advertisting
Continue to the category
National