‘Business unionism’ the cause of Cosatu’s factional battles 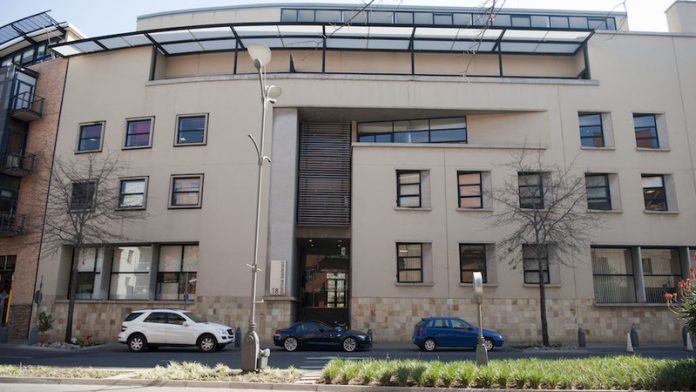 Cosatu workers have little control over the billions of rands invested on their behalf, which is one of the chief causes of the factional battles paralysing the once powerful trade union federation.

In a discussion document prepared for its special national congress this week, titled Meeting the Challenges Facing the Trade Union Movement, the SACP states: “The major unions all have nominal control over multibillion rand retirement funds. These, in turn, have been leveraged to set up union investment arms.

“In principle, if subjected to democratic worker control and guided by clear strategic objectives, these investment arms have the potential to be a critical pillar of a solidarity economy – investing, for instance, in desperately needed social wage assets like affordable public transport or public housing.”

One of the key reasons for setting up these investment arms was to improve members’ lives and those of their dependants through benefits such as bursaries, pension funds and funeral schemes.

“Sadly, they have often become entry points through which the capitalist class has inserted its DNA into the head offices of many unions,” the SACP document says.

“Much of the recent turmoil in Cosatu affiliates is to be located in competing factions seeking to control these resources.”

A Mail & Guardian survey revealed Cosatu unions own combined investments valued at R20-billion, some in top South African companies. In some instances, affiliates invest in companies where they organise workers, making it difficult for union leaders to act impartially in their members’ best interests.

The following are the main union investment arms, though some were reluctant to provide information.

Kopano Ke Matla Investments
Cosatu’s Kopano Ke Matla (which means “unity is power”), was at the centre of factional fights, which threatened to paralyse the trade union federation.

The company managed the sale of Cosatu’s Johannesburg headquarters and the purchase of a new building in Braamfontein, transactions in which former general secretary Zwelinzima Vavi was accused of being improperly involved.

The matter was investigated by forensic auditors Sizwe Ntsaluba Gobodo, who found that the purchase price of R50-million for the new building was inflated. The old building was sold for R20-million in 2010. Vavi rejected the findings.

His detractors also wanted him disciplined for allegedly covering up a report by the Financial Services Board, which apparently found cases of corruption, fraud and money laundering involving Kopano Ke Matla and Westside Financial Services, whose licence was withdrawn.

The board also stripped Kopano Ke Matla of its licence to manage workers’ pension funds.

Kopano Ke Matla also made headlines two years ago with news that it owned 3% of Raubex, the construction company that worked on improving the R21 freeway that introduced e-tolls. Cosatu, a vocal critic of e-tolls, has since said it sold its stake in Raubex.

KKM Property Developments, a subsidiary of Cosatu vehicle arm KKM, is worth R57.5-million, while the 3% shares KKM holds in Business Venture Investments is valued at R179?876. KKM’s Raubex shares have a market value of R6.7-million, according to the company’s schedule of investments.

Kopano Ke Matla also holds 10% shares in Sekunjalo Independent Media bought for R8.6-million, but they are yet to be evaluated.

Ceppwawu Investments
War for control of resources in the beleaguered Chemical, Energy, Paper, Printing, Wood and Allied Workers’ Union (Ceppwawu) saw its deputy general secretary, Chief Seatlholo, lodge a court bid in May to remove general secretary Simon Mofokeng as a director of Ceppwawu Investments and as a trustee of Ceppwawu Development Trust.

Ceppwawu Investments is supposed to contribute 25% of its dividends to the union through the trust, but Seatlholo claims the last time the investment company paid anything was R33-million in 2012. He alleges this money was never accounted for. Mofokeng, in one of his secretariat reports, denied the claim.

In court papers Ceppwawu estimates the value of its investments at R4-billion. Its chief executive, Derek Thomas, said this week the correct figure was R3-billion.

“This is net of taxes and all liabilities [and] represents a true estimate of the equity or value of the business. I have occasionally heard a higher number typically referenced by outsiders, which derives from a reading of gross asset value in the annual financial statements and not equity,” he said.

The Ceppwawu investment portfolio comprises Aspen, Sasol, Nampak, Transpaco and some smaller unlisted mature investments. “I would say about 90% of the value of the portfolio is attributable to Aspen. I am not at liberty to share the exact value of the company’s underlying investments without board approval,” said Thomas.

Nehawu Investment Holdings
NIH’s current portfolio operates off a net asset value base in excess of R3-billion, according to information provided on its website. It has invested in mining companies Exxaro and African Rainbow Minerals, telecommunications company MTN, financial services groups Novare and Sanlam, as well as insurance company Santam.

Poor leadership and shady business dealings in the past years cost Nehawu’s public sector workers millions in diminished trust funds. The Cape Times reported in 2010 that the company was forced to cede its main source of income – dividends from Exxaro shares – to Sanlam because of a loan agreement for money blown by its directors on bonuses and operational expenditure. Its R1.6-billion shares in Exxaro were halved, due to alleged financial mismanagement.

Its net asset value increased by 23% to R5.1-billion this year from R4.1-billion last year.

The investment company holds a significant stake of about R2.3-billion in the media and technology industry alone. The value of its shares in the financial services is R1.6-billion, while it holds a R1.5-billion stake in the industrial sector. In the gaming and leisure industry, MIC holds shares valued at R88.2-million. It holds R234-million worth of shares in the health care sector.

The MIC’s financial director, Cynthia Mapaure, wrote in her review that Tracker, Primedia and FirstRand empowerment trust were major contributors in the business’s growth.

Chief operations officer Simphiwe Nanise said that, since its inception in 1997 to February??28 this year, the MIC disbursed R418-million to the Mineworkers Investment Trust to benefit its 1.2-million beneficiaries. The MIC paid an annual dividend of R75-million to the trust this year.

Popcru Group
Delegates attending the May national congress of the Police and Prisons Civil Rights Union (Popcru) received iPads in addition to the usual tote bags and T-shirts, indicating that the union is doing well financially.

The Popcru Group of Companies (PGC) invests on behalf of the union and boasts portfolio shares in Workerslife, a financial services provider with subsidiaries providing short-term- and life insurance and funeral cover.

Financial services make up 80% of PGC’s business, according to the group’s website. The remaining 20% includes 100% ownership of Shishangeni Private Lodge, which is situated on a private concession of the Kruger National Park, 6.89% shares in Protea Hotel Holdings and 100% shares in Riskcon Securities, which provides, among other services, guarding, covert operations, polygraphy as well as the installation of surveillance and access control equipment.

PGC’s management was unavailable to answer questions about the value of the overall investments. The union’s general secretary, Nkosinathi Theledi, also failed to respond to questions emailed to him at his request.

The group had earlier said, however, it aimed to achieve a net asset value of R1-billion by this year.

The SACP believes that Cosatu’s investment profile is the cause of division in the labour federation as unionists compete for control over these resources. Photo Madelene Cronje (Madelene Cronj&eacute, M&G)

It also owns majority shares in printing and publishing company C&R Business Systems, has invested in Sanlam and is a minority shareholder in Phakama Funeral Society.

The Sadtu investment company boasts a considerable property portfolio, most of which houses the union’s provincial offices. It has other developments in prime commercial districts.

Besides organising in the teaching industry, Sadtu holds a stake in Impala Stationery Manufactures. Chief executive Thami Nompula said the company is worth R322-million. “Every year we declare a dividend to the shareholder, which is the Sihold Trust, and now and then the trust sets aside money for initiatives of the union.”

Nompula added that the money would be used for a bursary fund for dependents of Sadtu members. The fund will be launched next year.

He was sentenced to 10 years’ imprisonment, which was suspended for five years on condition he repaid a R1.2-million shortfall after his R3.6-million home, bought with stolen money, was attached by the Asset Forfeiture Unit.

A year ago the union formed Bashumi Trust, which owns the Satawu Braamfontein offices and holds shares in Blackstar Communications. Satawu general secretary, Zenzo Mahlangu, said it is “not worth much at the moment. I don’t think the company is worth more than R50-million.”

HCI has in turn invested in television company e.tv with a 63% stake; it holds 27% shares in alcoholic beverages producer KWV; 41% in hotel group Tsogo Sun; and 100% of Golden Arrow Bus Service. HCI’s market capitalisation stood at R15.8-billion this week.