Good teachers are in short supply 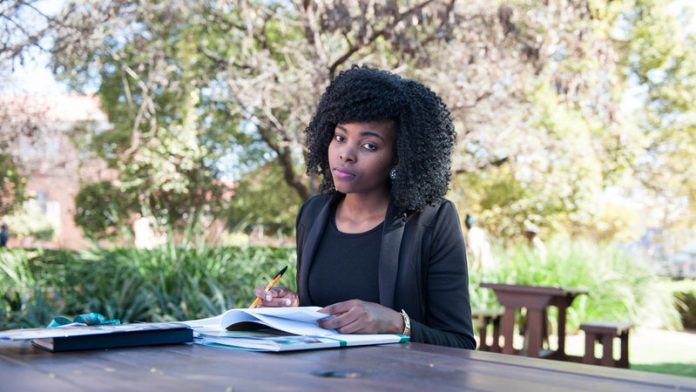 Enrolments in teacher education tertiary programmes have exploded in the past 10 years but South Africa’s higher education institutions are still only producing about half the teachers needed every year, new research from Stellenbosch University has found.

“The majority of estimates suggest that the number of new teachers needed per year [to replace the number of teachers leaving the system] is between 20 000 and 30 000,” the research said, but higher education institutions only produced 15 655 teacher graduates in 2014.

In the same year an estimated 17 000 teachers were appointed to public schools, including new graduates, those returning to the profession, those returning from working abroad and those who had been struggling to find work.

The 151-page paper, Teacher Supply in South Africa: A Focus on Initial Teacher Education Graduate Production, written by Hendrik van Broekhuizen, was published this month. It used data from the higher education management information system to find out the dominant trends in first-time enrolments and graduations in initial teacher education (ITE) programmes at the country’s 23 public universities, and what factors might explain them.

But though graduations increased in absolute terms, the research paper said until 2008 there was a constant downward trend in these compared with those in non-ITE programmes.

“In fact, while the ratio of ITE to non-ITE graduations began to rise again after 2008 and has continued to do so ever since, the ratio in 2013 was lower than it had been in 2004.”

“In other words, while comparatively more and more individuals are enrolling in ITE programmes, the higher education system as a whole is producing comparatively fewer and fewer ITE graduates over time.”

Even the increase in graduations after 2008 wasn’t enough, the paper said, to offset the decline “and has negative implications for the public higher education system’s ability to meet current and future demand for qualified teachers in South Africa”.

Not having enough teachers in schools means overcrowded classrooms, overworked teachers and pupils receiving instruction in some subjects from unsuitable teachers, Unisa third-year education student Lettah Sikhosana (20) told the Mail & Guardian. She has teaching experience from her practical training.

Sikhosana says the moment “you find out there are 70 pupils in a class??…” Her sentence trails off.

“Overcrowding makes teaching and learning difficult. In my grade 10 class there were over 70 of us. It’s hard to keep control. The moment you calm one group of learners down, the other group gets noisy. You can’t walk around to speak to learners … I’ve seen it in my practicals.”

She said another effect of staff shortages was teachers might be expected to teach subjects they had not specialised in at university.

“You might specialise in maths and science; the principal might come to you and say you must teach accounting. I will be teaching something that I don’t know. The workload will increase for teachers and the pass rate will definitely decrease.”

She said these kinds of working conditions turned many young people off studying to become teachers.

“It discourages a lot of people. It really does. Young people don’t like how that sounds.”

According to the Stellenbosch paper, this is one of the reasons enrolments in teacher education programmes were not increasing fast enough to meet demand. And, although enrolments were inadequate, the rate of these translating into teachers standing in front of classrooms was even worse.

Among other reasons, the research attributed this to the growing role of Unisa (a distance education institution) in teacher education, the status of the teaching profession in the country, and government’s failure to place teachers in posts.

The problem this presents to the filling of teacher posts, the research said, is that “only a small percentage of individuals who commence with undergraduate ITE programmes at Unisa ever complete those programmes. Moreover, those who do graduate take a much longer time to do so than students who graduate from contact higher education institutions.”

The manager of teaching and learning in Unisa’s college of education, Louis van Niekerk, said students “study by distance and the norm is two years [of this study] per one year residential study”.

But he said Unisa believed its “more stringent selection criteria and the additional support provided by e-tutors [online tutors] will enable students to complete [their degrees] within the norm.”

The research also found poor working conditions, low pay and inefficiency in provincial education departments when hiring teachers meant not every graduate intended trying to get into a classroom immediately.

Quoting from a survey published in the South African Journal of Education by Bertram et al, Van Broekhuizen said “more than 7% of newly qualified potential teachers had no plans to enter the teaching profession and that more than a quarter planned to work abroad immediately after graduating for at least two years before returning to South Africa. Similarly, the Centre for Development and Enterprise … asserts that at least a quarter of all newly qualified potential teachers in South Africa never become practising teachers in South African schools.”

Sikhosana said some people studied teaching because they “loved it”. She is one of them, explaining how she used to follow her teachers around from the age of eight. Her quiet voice is barely audible in Unisa’s Sunnyside campus’s noisy cafeteria.

But many chose these programmes “because they want to do something rather than stay at home”, she said. “And some do it just so they have a backup plan.”

Some teacher graduates, even those who are beneficiaries of the state-sponsored Funza Lushaka bursaries, also struggled to find jobs.

Sikhosana, who holds one of these bursaries, said: “I have a friend who graduated this semester and she is still waiting for Funza to place her months later. Apparently there is a long list … it makes me worried. It’s in the contract that as soon as you graduate you will be placed in a job but then you hear of graduates sitting at home.”

On the upside, higher education might start reaching government’s target for teacher supply in the next decade, the research found, but only if current trends in enrolment persist and graduation rates increase.

In the meantime, said Van Niekerk, higher education might need to change its approach to teacher education programmes to produce high numbers of high-quality graduates. “In the future, teacher education will probably be classroom-based with the support of mentor teachers at schools. The establishment of regional teacher centres that render support to novice teachers [will also] encourage them to stay in the programmes.”“Overcrowding makes teaching and learning difficult. In my grade 10 class there were over 70 of us. It’s hard to keep control”

Teacher development lost in the focus on matric results