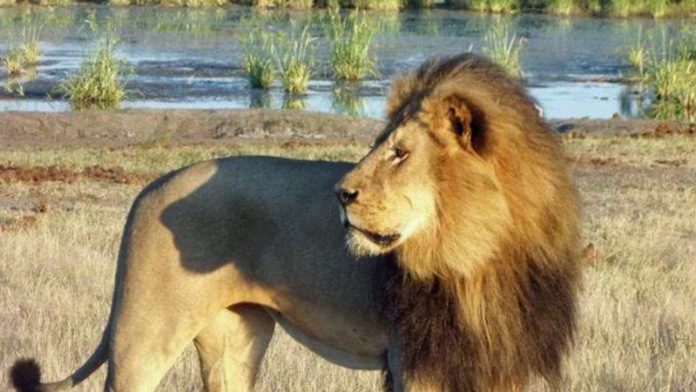 The US hunter who killed a Zimbabwean lion wearing a tracking collar blamed his guides on Tuesday for the death of the big cat. James Palmer, a dentist from Eden Prairie, Minnesota, said the incident with the lion – known as Cecil in wildlife research funded by Oxford University – occurred while he was on a bow-hunting trip in early July.

“I hired several professional guides and they secured all proper permits. To my knowledge, everything about this trip was legal and properly handled and conducted,” he said in a statement to the Minneapolis, Minnesota, Star Tribune.

“I had no idea that the lion I took was a known, local favourite, was collared and part of a study, until the end of the hunt. I relied on the expertise of my local professional guides to ensure a legal hunt.”

The recent report of the lion’s death brought a storm of internet outrage, and the identification of Palmer on Tuesday was followed by reports that he and his businesses were being subjected to an avalanche of online fury.

“I have not been contacted by authorities in Zimbabwe or in the US about this situation but will assist them in any inquiries they may have,” Palmer said.

“Again, I deeply regret that my pursuit of an activity I love and practice responsibly and legally resulted in the taking of this lion.”

Johnny Rodrigues, chairperson of the Zimbabwe Conservation Task Force, a wildlife group, identified Palmer in a statement on Tuesday on Facebook.

The group identified Theo Bronkhorst as a professional hunter who took Palmer to Hwange National Park for bowhunting at night. After locating Cecil with a spotlight, they lured him out of the park with meat tied to their car, Rodrigues alleged.

Palmer eventually shot but only wounded the lion with an arrow, and the hunters tracked for 40 hours before finding and killing him with a gunshot. After discovering Cecil was wearing a GPS collar, they tried to destroy the device, which was later recovered, and Cecil was skinned and beheaded, Rodrigues said.

The Zimbabwe Parks and Wildlife Management Authority said that Bronchorst and the owner of the farm where the kill occurred were due in court on Wednesday to face charges in connection with an unpermitted hunt “for allegedly killing a collared lion on Antoinette farm”.

“The lion named Cecil was well-known and regularly sighted by tourists in the main camp area of Hwange National Park. It is alleged that the hunter connived with the Antoinette land owner, Mr Honest Trymore Ndlovu, to kill the lion,” the agency said in a statement.

An investigation in the case suggests “that the killing of the lion was illegal since the land owner was not allocated a lion on his hunting quota for 2015. Therefore, all persons implicated in this case are due to appear in court facing poaching charges,” the wildlife authority said.

Here are some reactions:

So sad for what happened to Cecil. #Lion #AnimalCruelty

Cecil The Lion’s killer, Walter Palmer, will be greeted with this when he arrives for work today

#DrPalmer who killed #Cecil, said he had no idea the lion was a “local favourite”. What has that to do with anything? Heartless arse.

Jimmy Kimmel Shared Some Passionate Words On The Death Of Cecil The Lion http://t.co/lqmwWrTwir via @UPROXX

Raising the bar his destiny

The government is expected to evacuate citizens from Wuhan, where the coronavirus outbreak originated
Read more
Advertisting
Continue to the category
Analysis