Rights will be eroded by new chiefly laws 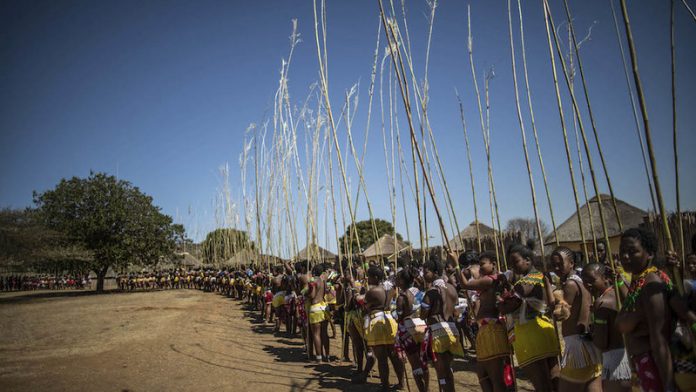 Women’s Month and Women’s Day have rolled around again, and hapless citizens will once more have to endure the sight of politicians and government officials congratulating themselves on having created a feminist paradise. The reality is vastly different.

It is true that, since 1994, the legislation and policy necessary to address gender equality and discrimination have been put in place.

The Recognition of Customary Marriages Act, 1998, and the Promotion of Equality and Prevention of Unfair Discrimination Act, 2000, are among the laws that have achieved de jure equality. On the international front, South Africa is signatory to the Convention on the Elimination of all Forms of Discrimination against Women, among others. Based on the high number of female parliamentarians (almost 42%), the Inter-Parliamentary Union ranks South Africa seventh in the world. Women comprise 43% of the Cabinet.

But, as the department of women’s 2015 country report noted with regard to de facto equality, “there is still much to be done, especially [with regard to] the full and effective implementation of laws, policies and strategies”. Statistics show that women are more likely than men to be found in the lowest-income categories, to be unemployed, functionally illiterate, or even to have no formal schooling whatsoever.

The substandard quality of the teaching, infrastructure and resources in many public schools is reflected in the poor language and mathematics results for grades six and nine, and in the low percentage of grade 12 pupils who qualify for university studies. The poor state of basic education affects all children from impoverished homes, but girls are disproportionately affected.

Also contributing to this unsatisfactory environment is the high rate of violence against women and girls. South Africa has among the highest incidences of domestic violence in the world.

These conditions, which militate against the creation of an environment in which women and girls can reach their full potential, are concerning enough. Exacerbating the situation is the discernible shift by government towards support for the traditions of patriarchy.

The 2003 Framework Act and the 2004 Communal Rights Act are part of a package of laws that enable traditional leaders to reclaim the unchecked powers they enjoyed during the apartheid era, says academic Aninka Claassens.

The 2003 Act is a framework for the provision of powers and functions to traditional leaders, resuscitating the discredited tribal system by entrenching apartheid’s tribal boundaries.

The Communal Rights Act was supposed to provide those living on communal land with security of tenure, but was opposed by many rural residents and women’s groups because it would give traditional leaders control over all the land in their boundaries and entrench the gender discrimination inherent in traditional access to land.

The Communal Rights Act, which was pushed hard by the government and the chiefs, had to be fought all the way to the Constitutional Court, where, in 2010, it was declared unconstitutional.

The shift towards traditionalism was evident during the controversy over the Traditional Courts Bill, 2008, and reintroduced in 2012, which had been drafted with only the input of traditional leaders. It met fierce, sustained opposition from rural women’s groups and civil society, on the grounds that it contravened the equality clauses of the Constitution: women aren’t allowed to represent themselves in traditional courts.

The government remained determined to pass the Bill, even in the face of harrowing testimony during public hearings about how many traditional leaders abuse their power by oppressing women and endorsing the dispossession of widows.

Few women can address such abuse: the chief’s word is law in rural areas, and police are often reluctant to assist women who bring complaints against chiefs. Accommodating gender discrimination in the name of culture, while ignoring the abuse of women, has silenced women’s voices by means of intimidation.

The Traditional Courts Bill has now lapsed, but will return in a new format this year. Earlier, the government chose to ignore the public opposition to it, and even that of the then minister of women, children and people with disabilities.

There seems to be a growing social acceptance of patriarchal notions, as espoused by influential leaders such as President Jacob Zuma, a polygamist, traditionalist and thus, by implication, a supporter of patriarchal traditional customs.

His comments during Women’s Month three years ago, in which he endorsed the traditional role of women as mothers and cooks, are concerning. During a speech on the Bill to traditional leaders, Zuma said he felt “very passionately” about the traditional “African way” of resolving disputes.

The Zulu monarch, Goodwill Zwelithini, is very vocal on the value of traditional tribal authority, and wants it to have standing with modern democratic norms.

He is also a polygamist who has condemned legislation seeking to promote gender equality. He objects to the Recognition of Customary Marriages Act, 1998, because it requires men to get written consent from their wife or wives before marrying again.

The comments of Zuma and Zwelithini, with their large political and cultural constituencies, perpetuate women’s traditionally subservient, primarily domestic, role.

As the department of women notes, traditional cultural practices that are harmful to women and girls and violate their rights persist. One such practice is ukuthwala, historically a form of elopement but now a justification for kidnapping, rape and forced marriage of young girls.

Girl children’s rights to education, safety and security are abrogated by such unconstitutional practices. There have been few prosecutions, which contributes to undermining the status of rural women in general and young girls in particular.

Zwelithini has revived other exploitative traditions, such as the reed dance and virginity testing. The dance requires girls to declare they will remain virgins until marriage, and the inspection of the genitalia by older women is part of the dance.

Virginity testing conducted on girls under 16 is in violation of the Children’s Act, 2005, and has been condemned by institutions such as the Commission for Gender Equality and the Human Rights Commission.

These practices are supported by the province of KwaZulu-Natal, which provides funding for the reed dance.

The Young Communist League criticised the practice as “backward” in 2008, but backed down when faced with the wrath of the Zulu royal family. Similar ambiguity afflicts the ANC Women’s League, which called for more young women to participate in the dance in 2008 but, in 2014, at its national policy conference, explicitly called for the abolition of virginity testing – only to have one of its branches endorse the practice this year.

Why is there an apparent lack of political will to address the trend towards traditionalism?

Part of the answer probably lies in the ruling party’s desire to accommodate the chiefs, who are seen as able to influence rural constituencies. There seems to be some wariness in dealing with an increasingly vocal traditional leadership.

This political accommodation of traditional leaders, at the expense of the rights of women, is disturbing because, as noted by the Women’s Legal Centre, customary law is largely patriarchal, endorsing the primacy of male authority in the family and society.

Women empowerment and gender equality are inconsistent with patriarchal customs, and the government’s shoring up of chiefly authority means the struggle to entrench women’s rights and eradicate gender inequality is far from over.

South Africa has the legal framework and policies to challenge patriarchy, but it will not happen until the government stops accommodating to traditional leaders and the steady regression from the spirit and letter of the equality clauses of the Constitution comes to an end.

It may be politically expedient for influential people to support traditionalism and even tribalism, but the cost to society will be great – not only to gender equity but also to human rights.

The gains of democracy will be endangered.

As the globe moves towards greener energy practices, more women must be included in this new growth sector, for the benefit of all
Read more
Coronavirus

The Covid-19 lockdown means wealthy citizens must take a long-overdue look at our privilege. Now is the time for cross-class solidarity
Read more
Analysis

The verdict highlights a number of critical issues required to build systems, processes and advocacy when it comes to working in the space of gender-based violence
Read more
Opinion

Women must be allowed to determine their own future