Oscar Pistorius release: ‘Reeva would have been 32 today’ 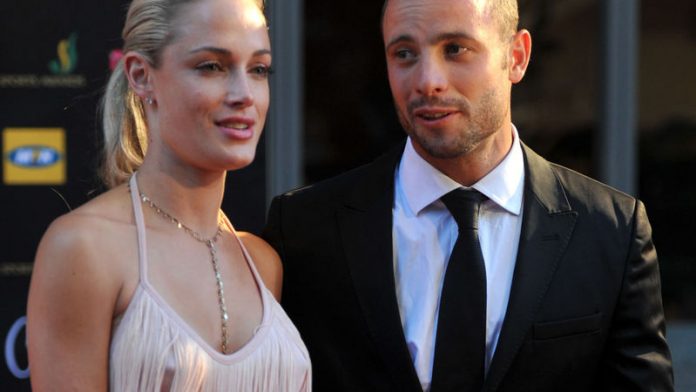 June and Barry Steenkamp will today spend the morning on the beach in Port Elizabeth where their daughter Reeva Steenkamp’s ashes are scattered.

They will quietly and privately remember the woman who was shot dead by Paralympian Oscar Pistorius on Valentine’s Day in 2013.

“There will only be a handful of family and close friends, and they will pay their respects to her and honour her. We will also throw rose petals into the water,” family lawyer Tania Koen told the Pretoria News.

“The family are still battling to come to terms with Reeva’s death as it is still very traumatic for them. They have to live every day of their life with the knowledge that she is no longer here. Her birthday is an especially emotional time for them.”

The occasion will be all the more fraught as the family comes to terms with Pistorius’s imminent release on parole from Kgosi Mampuru 11 Prison in Pretoria on Friday, after serving 10 months of his five-year sentence for culpable homicide.

“As her family, we do not seek to avenge her death and we do not want Mr Pistorius to suffer; that will not bring her back to us,” the Steenkamps said in June. “However, a person found guilty of a crime must be held accountable for their actions. Incarceration of 10 months for taking a life is simply not enough.”

‘Outrageous’ affront to women’s rights
The release of Pistorius during Women’s Month has not escaped the notice of rights group Progressive Women’s Movement of South Africa, which is petitioning Justice Minister Michael Masutha to block the decision.

“The policy that provides that an offender will have to serve at least one-sixth of his sentence before applying to be placed under correctional supervision should not be applied as a fit-one-fit-all approach. Violence against women and children is rife in South Africa; therefore such crimes, despite the sentences they attracted as a result of the technicalities, must be treated with the seriousness they deserve.”

The group said placing Pistorius under a correctional supervision order was an “insult” to victims of abuse.

Masutha said he was considering the petition. “I’m confident that by Friday I will be in a position to determine whether legally I have the authority to do anything, whether it would be appropriate or actually necessary by law for me to do anything in relation to what was announced by the department [of correctional services] as the imminent release of Mr Pistorius by this Friday,” the minister told eNews Channel Africa.

“I’ll tell you what concerns me most is that if we say this is the law, we must be sure that this indeed is the law, because it would be egg on our face if it turns out that actually we’ve misinterpreted the law. My starting point is upholding the rule of law. That’s what the Constitution requires, nothing to do with publicity, with the fact that it’s a high-profile matter.”

The release of Pistorius is in line with South African sentencing guidelines that say non-dangerous prisoners should spend only one-sixth of their sentence in custody before moving to “correctional supervision”.

Appeal against conviction
Pistorius, now 28, became a global sports star known as the Blade Runner after competing in the Paralympics and Olympics on prosthetic limbs.

He killed Steenkamp, a model and law graduate, by shooting four times through a locked toilet door at his home in Pretoria on Valentine’s Day in 2013.

In a trial that gripped millions, the court accepted his explanation that he had mistaken her for a burglar and therefore did not convict him of murder.

Prosecutors have filed an appeal against his culpable homicide conviction, saying it should be upgraded to murder, which would carry a minimum 15-year sentence. The appeal is expected to be heard by the Supreme Court in November, while the defence team have until September 17 to respond to the appeal.

The state is saying Pistorius deliberately killed Steenkamp after an argument. It has described his sentence as “shockingly inappropriate”.

If his release goes ahead, Pistorius will be mostly confined to the home of his uncle Arnold Pistorius in an upmarket suburb of Pretoria. The high-walled mansion has more than a dozen bedrooms, a private gym, outdoor swimming pool and landscaped gardens.

Listen to the voices of women with disabilities