Underpuppies bite Springboks where it hurts 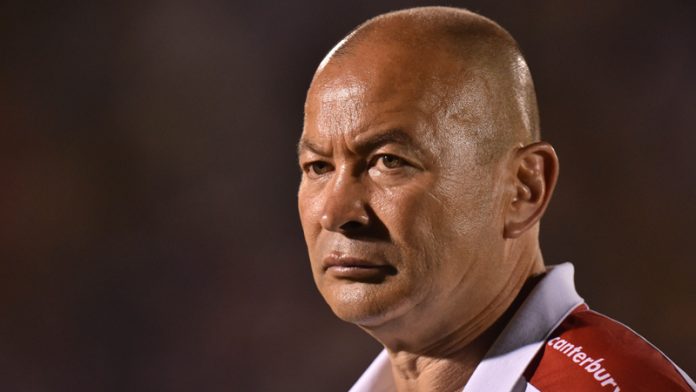 When Japan’s squad left their Brighton base for the final time on Monday they were greeted by a raucous guard of honour from hotel staff, who clapped and whooped and gave them each a goodie bag for the coach journey to Gloucester. The biggest roar, naturally, was for Eddie Jones, the coach and executive scriptwriter of the Greatest Rugby World Cup Story Ever Told.

And even though 48 hours had passed since Japan’s euphoric planet-trembler against South Africa, Jones still had tales to tell, and greater texture and insight to give, about his team’s staggering performance on Saturday and their remaining ambitions.

“Just before the end I was screaming, saying: ‘Take the three [points for the penalty],'” he said smiling, before remembering a conversation with his captain, Michael Leitch, earlier that day. “I had coffee with Leitchy the morning of the game and I said: ‘Look, mate, we’ve got nothing to lose. If you think we should have a go, have a go.’ And he did. That’s the great thing of youth.”

There was another drink or two that night at the team dinner following Japan’s 34-32 victory, but no one in the squad got carried away.

“When my players drink, they drink hard,” Jones said, in a tone that sounded almost approving. “But the good thing about them is that you can have an old-fashioned team dinner and they don’t get arrested. They don’t get into trouble. We actually enjoy ourselves.”

Japan had not won a World Cup encounter for 24 years. They were 10?000-1 outsiders for the tournament and 349-1 on the betting exchanges to beat South Africa.

To borrow an old line from English sports commentator Sid Waddell, they were not just underdogs, they were underpuppies.

But Jones had been working on facing South Africa for two years. He had forensically examined the match DVDs for possible weaknesses while also energetically addressing his own team’s shortcomings.

The result pleased him greatly for it was the realisation of months of skills and scheming, But the squad did many of the little things too: his much smaller team were battered but never buckled, and remained intensely energetic they were in the final 20 minutes.

Do you think South Africa expected them to collapse after an hour? “100%,” replied Jones, who nodded and said “definitely” when asked whether he thought his side are as fit as any in the tournament.

There is a strong sense that the 55-year-old Jones, who is of Japanese descent and has a Japanese wife, has enjoyed these few days more than any other in his coaching career, during which he led Australia to the 2003 World Cup final and was on the staff of Jake White’s victorious South Africa team in 2007.

He said the stroke he suffered in 2013, which kept him in hospital for 40 days, had made him slow down and cherish every moment.

“When I had the stroke the first thing I thought when I woke up was: ‘We have got the All Blacks on Saturday, how am I going to get out of the hospital?'” he said. “The doctor said: ‘No, you better slow down,’ and I did. Since then I have taken every day as a bonus … [and] getting out on the field and to do something with Japan, a country that has no history as a rugby team, has been quite a humbling experience.”

Such has been the interest in Japan that sumo wrestling and baseball have been knocked off newspaper back pages. “It’s fantastic for the sport,” Jones said. “With an Asian team beating a top-tier country – that really makes it a global sport.”

But Jones and Japan aren’t finished yet. “We haven’t come here just to have one splash in the pond. When we came here we had two targets – to make the quarters and to be the team of the tournament. And we’ve not made a bad start.” – © Guardian News & Media 2015