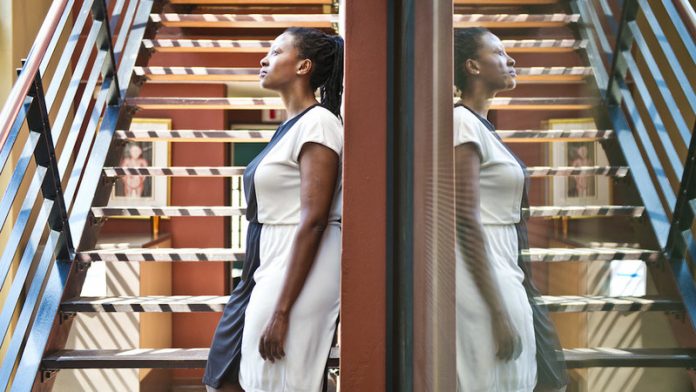 Barring her great showing at the 2008 BTA Anglo Platinum short-story competition in which she won first and fourth prize, Nozizwe Cynthia Jele was a relative unknown when she turned in the manuscript for her novel Happiness is a Four-letter Word.

There was also an outside chance that the book, like many other books of the day, would fall through the cracks. That was more than four years ago and a lot has happened since then.

The book has been awarded the 2011 Commonwealth Writers’ prize for best first book in the Africa region and the M-Net Literary award in the film category.

And, in what is one for the books, so to speak, the novel is the first book by a South African black female author to be adapted into a movie. Filming started in mid-July in Johannesburg.

Tell me about the writing process. Was it a breeze?
I discovered writing late in life. I was reading a lot of books written by women for women. You know, books classified as “chick lit”. I loved the style, relevance of the issues to my situation and the humour. It took more than three years to write Happiness is a Four-letter Word, simply because I wrote when I wanted to. There was no pressure from a publisher or readers or even myself to complete the book.

What inspired the book?
Books with strong female characters like Bridget Jones’s Diary by Helen Fielding, Good Grief by Lolly Winston, various works by Marian Keyes and Jennifer Weiner, and the television series Sex in the City, which was broadcast between 1998 and 2004. But before all of that there was Terry McMillan’s Waiting to Exhale.

Did you see the book eventually getting adapted for a screenplay?
Not initially, but in 2011 the book won the M-Net Literary award for film – meaning a novel with potential to be adapted into a visual medium. Bongiwe Selane, a producer, was in that year’s judging panel. She loved the book and wanted to take it on as her project. The rest is history. As it panned out, Bongiwe eventually got the film rights to the novel.

Was it difficult selling the film rights? Also, just on a lighter note, what did you do with the money?
No, it wasn’t difficult to sell the rights but there was a legal process that my publisher, Kwela Books, and the production company had to follow. I’m not rich yet if that’s what you want to know … maybe when the movie is released and does extremely well in theatres then I can have something to say.

Did you have to do any pre-writing reading?
Some of the books I mentioned above helped to shape the style that Happiness took.

What informed the plots? How much of the story is biographical?
It wasn’t difficult to plot. In fact, there were too many scenarios I could consider for each character’s journey. The story itself is a combination of everyday life experiences and observations, mostly not my own. There are stories everywhere.

Now that the book is turned into a movie, are the characters panning out as you imagined them?
Yes, I’m happy with what I’ve seen so far. I believe that every person cast deserves to be in the movie. I understand casting was rather difficult as many actresses and actors were keen on the roles.

Thabang Moleya, whose accolades include a Vuka awards, a South Africa Film and Television award and an Emmy nomination, is the director of the film. What do you think is his real appeal?
He is obviously talented. I used to be a fan of Jacob’s Cross, which he directed.

Do you feel Khanyi Mbau, Renate Stuurman and Mmabatho Montsho are the perfect people for the lead roles?
They are the right age for the characters in the book. I didn’t expect them to be so beautiful – you came on set, you know what I mean.

There has been considerable fanfare around authors such as Vina Jackson (actually two writers) and EL James (real name, Erika Mitchell) who wrote the Fifty Shades trilogy. What have been your feelings on that type of literature?
Not the type of books I read, but I’m all for variety.

Steven Spielberg is said to normally take long morning walks as a ritual before his writing process. Can you tell us about your routine? Do you have any rituals to prepare you for the writing at hand?
I don’t have a particular routine. I sit and write on my laptop, iPad, serviettes, whatever is available at the time. Maybe when I have made enough money and can live off writing then I can have such routines.

How do you deal with bouts of writer’s block?
You have to keep on writing. Start a new chapter or something completely new if you’re getting stuck.

What’s next?
I’m working on an untitled second novel. It’s a family story on coping with grief after losing a family member, and moving on. While it’s different to Happiness in style, the common themes of love, relationships with family and friends, and work remain.

Happiness is … A South African flick that makes money