With no firm foundation, pupils are behind from the start 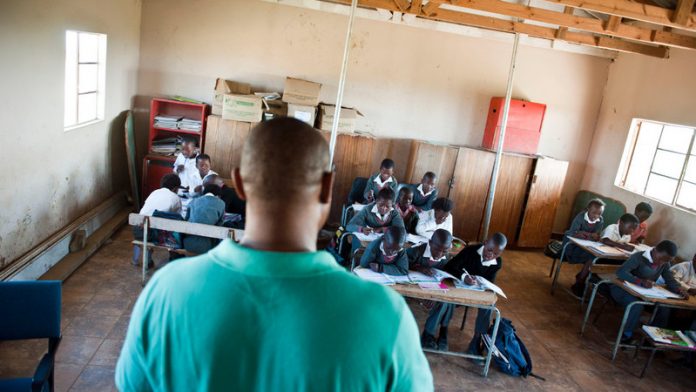 ‘Start them early and they will learn.” In the context of South Africa’s current education climate, this African proverb rings particularly true.

Many challenges currently manifesting in South Africa’s education arena stem from the foundation phase, which sets the stage for everything that is to follow.

The findings of Unesco’s 2012 Education for All Global Monitoring report for sub-Saharan Africa lend credence to this premise: the report says early childhood, preprimary and primary school education are strategically important.

Broadly, the report also states that the relatively advanced age at which children tend to start attending primary school in Africa, coupled with their low preparedness, contributes to the large number of children dropping out before completing primary school. Those who do stay on are often impaired and cannot master basic literacy and numeracy skills.

The same report states that South Africa has made progress in terms of its foundational education. The country’s recent move to make preschool compulsory is evidence of this.

But how does South Africa compare with the rest of Africa?

It is difficult to gauge accurately how well South Africa is performing, as each country uses different measures and rankings. What’s more, in the foundation phase there are different methods of assessing the preprimary, primary, lower secondary and secondary phases of schooling.

In order to compare countries’ educational performance, the same test needs to be conducted on a representative sample of students in each country. Tests along these lines have been carried out by Unesco, the Programme for International Student Assessment and the Southern and Eastern Africa Consortium for Monitoring Educational Quality (Sacmeq).

It’s apparent that although South Africa is not at the bottom of the pile, it’s not at the top either. For a country that boasts the most advanced industrialised economy, has some of the best infrastructure and spends more on education per child than most African countries, this raises the question: Why?

I believe that educational performance is not necessarily linked to gross domestic product expenditure or infrastructure, although these are certainly enablers.

Rather, there are three “potent” key variables: parent engagement, “inputs” and language. Collectively, these three variables account for between 60% and 70% of the reason why South Africa’s education system is where it is.

The involvement of parents in the education value chain makes a critical difference. Unfortunately, parents who do not have formal education themselves find it difficult to assist their children with their homework. This is partly owed to the legacy of apartheid.

The same scenario plays out in urban settings, only this time because of parents are too busy trying to survive to help their children with their educational needs.

The situation changes to a large extent in suburbs. Most of South Africa’s suburban children generally perform just as well as any other child around the world.

Education has to be engaged with every day. Parents must take an active interest in what their children learn and supervise their learning. This increases the critical variable of “time on task”.

But what about those who do not have the time or energy to help their children with their schoolwork?

Something has to give. If you are not going to put in the time to make sure your child succeeds, your child won’t succeed. It’s as simple as that. What’s more, this is not something that can be outsourced.

Moreover, parents need to respect education as fundamental to achieving personal and economic goals and not let anything stand in the way of their children gaining a good education. There needs to be a shift in the way parents perceive education in order to achieve this, though this will take time.

The second major variable relates to inputs. Various inputs apply, such as infrastructure, funding, textbooks, teachers, student/teacher ratios and the like. Of these factors, teachers and the quality of their teaching are arguably the most significant.

You cannot expect a child to learn from a teacher who is not qualified. Although statistics are not readily available, there is a sense our teachers are underqualified to teach key subjects and that our neighbours trump us in this regard.

Professor Jonathan Jansen, the vice-chancellor of the University of the Free State, has echoed this sentiment, saying: “I would hire a Zimbabwean teacher, just on paper, ahead of a South African teacher. They are better trained in subject matter – when you look at township schools with top maths and science results, nine times out of 10 it’s a Zimbabwean teacher [who has achieved those results].

“Second, their work ethic is different. They don’t come with the long history of dysfunction and disruption. They come to school to work, and they deliver. At the end of the day, work is not about how many teachers you employ; it’s whether the children get a deal out of those who teach.”

The fact that our teachers refuse to be assessed plays a major role in this equation. This is, of course, linked to broader labour and political issues.

Again, the responsibility to change this situation lies largely with parents. As voters, they could exert pressure and do more to ensure teachers and leaders are accountable and adhere to high standards.

The third major variable concerns language. Across South Africa, students are taught and assessed in English, which is not the mother tongue of many. English is viewed as a “prestige” language and illustrates that a person is “detribalised”.

Of course, there are historical and pragmatic reasons behind the current status quo and it isn’t an issue that is restricted to South Africa.

Unfortunately, because people are not being taught and assessed in their mother tongue, it’s almost impossible to assess fairly what they actually know about a subject – and many fall behind or simply drop out.

This is a cultural issue that needs to be tackled accordingly and cannot be changed just by throwing money and textbooks at the problem.

In a nutshell, South Africa’s foundation phase education is not performing as badly as some would think, but it definitely could be better.

There are other issues that need to be addressed in addition to the variables highlighted.

But if they are dealt with at the foundation phase of school life, many of the problems we see occurring later down the line should decrease dramatically.