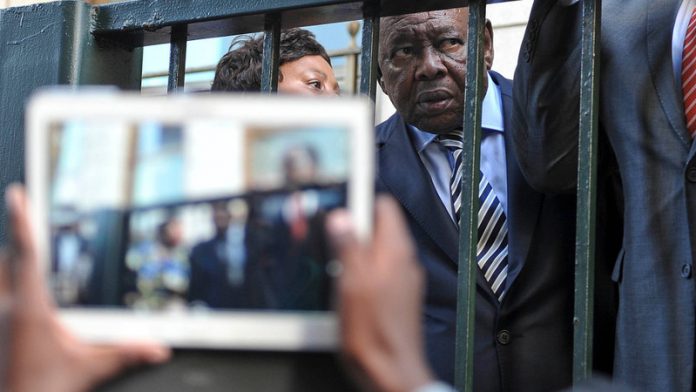 Blade Nzimande’s higher education and training  department this week gave in to public pressure and finally released a 2012 report that found it would be feasible to introduce free university education for South Africa’s poor.

The Mail & Guardian reported last week that Nzimande had been sitting on the report for three years. This week, advocacy organisation amandla.mobi made a Promotion of Access to Information Act (Paia) application to the department, demanding access to the report.

Government departments typically take months to respond to Paia applications – when they respond at all – and far longer to actually release the requested information.

But the higher education department obliged in a record two days, releasing the full report to amandla.mobi via its information office on Thursday morning.

Khaye Nkwanyana, the department’s spokesperson, denied that the report had been released due to public pressure. He told the M&G that the organisation had been granted access to the report “because it was never a secret report. There’s nothing hidden in that report.”

Amandla.mobi supplied the report to the M&G. It confirms that the department itself believes that university education can be made available cost-free to poor students – exactly as some protesting groups have demanded as part of the #FeesMustFall movement.

These demands have not been addressed in the government’s recent interactions with protesting students.

The report was authored by a working group commissioned by Nzimande and chaired by Derrick Swartz, the vice-chancellor of the Nelson Mandela Metropolitan University in Port Elizabeth.

The report appears to have informed the ANC’s resolution at its 2012 Mangaung congress that the government “must introduce a newly structured national student financial aid system to enable fee-free education from 2014 onwards”.

Koketso Moeti, the executive director of amandla.mobi, said releasing the report three years ago would have seen South Africa well along the path to implementing free education for poor students by now.

“Releasing it when it was supposed to be released would have led to the progressive implementation of the report’s recommendations. By not releasing it, it means that he [Nzimande] has, for the past three years, allowed black people to continue to be financially excluded from universities.”

Nkwanyana differs. “The public is not interested in reports; they are interested in the implementation of recommendations [in the reports],” he said. “All people are worried about is when are we implementing free education, not the report.”

Nkwanyana said the government is now examining a number of options to realise the dream of free tertiary education.

“We have been hamstrung by the fiscus, which does not allow us the required funds. But we’re looking at options that have been placed before us. [Trade union federation] Cosatu is putting [forward] a proposal that we should increase the skills levy from the current 1% so that it funds free higher education.

“[The South African Students Congress] is saying we should introduce education tax that the minister of finance does not tamper with and goes straight to the funding of fees.”

Many protesting students hail from the ‘missing middle’, considered too well off to qualify for funding. (Oupa Nkosi, M&G)

It is the only way to reverse the problem of the growing numbers of young people who are not in education, employment or training, and to reduce the current high university dropout levels, it said.

“Free university education for the poor, in principle, can be considered to be a materially significant additional step in government’s ongoing efforts to both address some of the legacies of the past and deepen the scope and quality of democratic life in South African society.

“It carries the potential to lift members of communities out of poverty and unemployment by simultaneously increasing access to – and improving the quality of outcomes in – higher education.”

Students the report classifies as poor is the cohort that currently gets approved for National Student Financial Aid Scheme (NSFAS) loans on the basis that they are from families earning less than R122 000 a year.

But it adds that free education should also be extended to students from lower middle-income families. Such students are not currently eligible for NSFAS loans, yet many can barely afford university fees.

Nico Cloete, an academic and the director of the Centre for Higher Education Transformation, told the M&G this group was actually the lifeblood of the #FeesMustFall protests.

“The protests were styled on the poor. But if you are too poor, you stand a great chance of receiving a NSFAS loan. The so-called ‘missing middle’ are the worst affected in terms of university funding, hence they turned up in huge numbers for the protests.”

The study decries the fact that “unfortunately, government funding of public universities has been on the decline over the past decade”, a trend the M&G also reported on last week.

“It follows that unless government commits to increase spending on higher education in general, bringing it into line with funding norms in other middle-income countries, and also increase[s] funding for student financial aid in particular, enrolment targets may not be met and participation rates will be unlikely to increase.”

Introducing free education should be coupled with increased academic support for poor students, most of whom enter university “underprepared by poor-performing schools”. The report warned against kicking them out of the funding loop at the first sign of academic failure.

“Denying them renewed [funding] support because of poor academic performance – without providing them with the academic support to overcome such obstacles – is to recycle them back into poverty from which their student debt will never let them escape.”