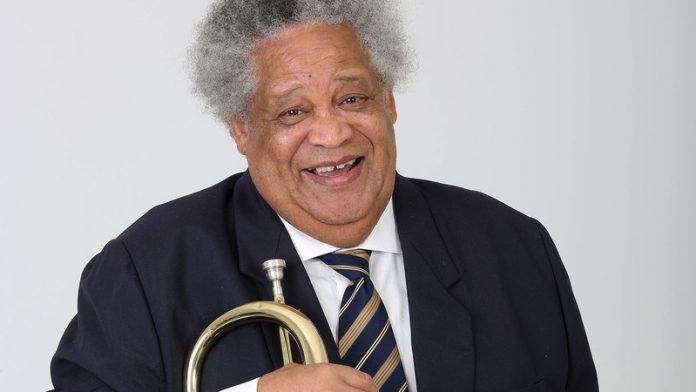 Famous trumpeter and music educator Dr Ramakgobotla John Mekoa was born in Etwatwa, Benoni in 1945. He developed a passion for jazz music at an early age; his dream was to study jazz and become a professional jazz musician.

In 1964 he tried to enrol for a course in music but was turned away because he was black. Mekoa was shattered, but he held onto his dream and his brother gave him jazz lessons at random. During this time, he would play for audiences at nightclubs across Johannesburg. In 1991 he received a bachelor’s degree in music from the University of Natal. He then obtained a Fulbright Scholarship to study for a master’s degree in music at the University of Indiana in the United States. He came back and established the Music Academy of Gauteng in 1994.

It has become a centre of jazz excellence, with luminaries such as Malcolm Jiyane, Mthunzi Mvubu, Mpho Mabogoane, Nthabiseng Mokoena and Linda Tshabalala to mention but a few having passed through its doors. The centre has also focused on teaching jazz music to children from impoverished backgrounds. The celebrated Jiyane was once a street kid, as was Dumisani Nxumalo, who now has a master’s degree in music. Mekoa identified their talents and nurtured them to become the top jazz musicians that they are today.

Mekoa has received honorary doctorates from the University of Pretoria and University of South Africa for his contributions to music. He was also bestowed a Life Achievement Award by the Swedish Jazz Federation and further received numerous Mayoral Awards from the Ekurhuleni Metropolitan Municipality. He played a very important role in the establishment of the Standard Bank Youth Jazz Festival that takes place annually during the National Arts Festival in Grahamstown. He is also a past president of the South African Jazz Education Network.

Mekoa also sits on and has contributed immensely to the boards of the SAMRO Endowment for the National Arts and the Unisa Music Examination Board.