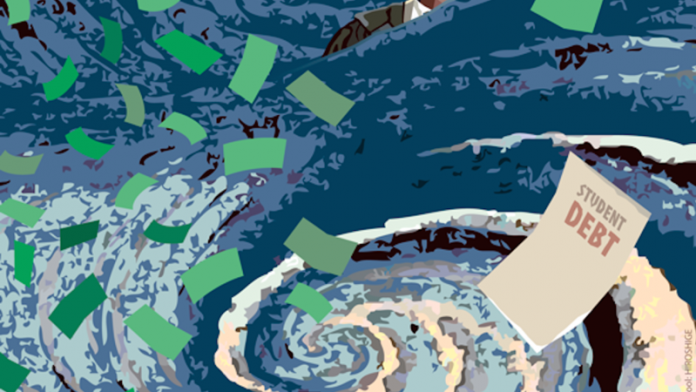 The current turmoil in higher education institutions is a consequence of an unfinished or abandoned agenda by both the government and institutions dating back to 1997.

A comprehensive document on higher education transformation, White Paper 3, outlines the challenges, vision and how to achieve it. It was signed by the first minister of education in democratic South Africa, Sibusiso Bengu.

In an attempt to accelerate the pace of transformation four years later and to close the gaps in the white paper, his successor, Kader Asmal, published the National Plan for Higher Education in 2001.

Subsequent ministers of education, and particularly the current one, Blade Nzimande, committed time to implementing the strategies contained in the two documents. The idea was to turn the “nonsignificant others” into “significant others” with equal opportunities under the sun.

Although the first document refers to programme-based and infrastructure funding, there is no mention, apart from a reference to the National Students’ Financial Aid Scheme (NSFAS) and private funding, of creating a fund for a free education for students in higher education.

Perhaps this is a fundamental weakness in the founding documents of our post-apartheid education system and it accounts for a lack of urgency in prioritising education.

This notwithstanding, the 2007 ANC Polokwane conference took a resolution to provide free education. Prudence would have required that they first analysed the reasons for the failure of the previous administration and to be upfront about that, rather than promise to “do better than them”.

Changing priorities
The reality is that, between Polokwane and Mangaung in 2012, there have been several developments in government priorities. New departments have been set up, more ministers and deputies appointed and more commitments made to internal and external groups. Mangaung, in turn, did not reflect on progress and the reasons for a lack of it. Instead, it added other priorities that weigh heavily on the national fiscus.

Students are demanding an exact date for the honouring of this promise. This is unlikely to stop until there is a realistic plan in place, with timeframes and driven by a multi-stakeholder group. If education is to be the driver of this country’s economic development, as envisaged in the National Development Plan, an urgent solution to the impasse has to be found.

In an article published in the Mail & Guardian in October last year, I cautioned that the “sweeteners” given to students and the centralisation of the administration of NSFAS loans were not going to be a sustainable solution. A billion rand or two may be added to NSFAS today or tomorrow, but there will still be a demand for more because millions of people are victims of apartheid and deserve assistance.

Adding funds on demand is symptomatic of a lack of long-term planning and a questionable fiduciary practice. If this country is serious about giving future generations what past generations were deprived of by apartheid, it has to find a developmental rather than a placatory model.

The report of a committee led by Derrick Swartz on modalities pertaining to free education raises two concerns. First, it does not take cognisance of the difficulty of deciding who the “deserving” poor are. NSFAS is predicated on the same principle and the issue has been a headache for both the fund and hosting institutions. The criteria were never easy to implement.

Limited income
It was Nzimande who, after interacting with the students and institutions, acknowledged that, although some children whose parents are nurses and teachers do not meet NSFAS criteria, the family income is not adequate to maintain the family.

The report seems to suggest that, if their gross income exceeds R271?000, they can have a “decent” life and be in a position to keep a child or two at school or university. There are taxes, medical aids, pensions and other highly priced commodities to take into account. The gross amount does not reflect reality on the ground, which is sometimes compounded by extended family needs.

Second, singling out teachers and nurses (with the eye on civil servants, I assume) misses the point. There was a time when poverty was defined by blackness, not because it knows any colour but because of the historical experience of one section of society and a resultant lack of a head-start for their children.

In democratic South Africa, these children, with their BAs, BTechs or BJourn degrees, who had little or no help from the government or parents, are regarded as middle class and are heavily taxed so the country can function.

Most of them are swimming in debt because they, too, want to enjoy the good life their historically privileged counterparts enjoy. To do so, they are forced to perpetuate the intergenerational cycle of poverty.

Some of these graduates are also unemployed. Should we be surprised that the recovery rate of NSFAS stands at less than 3%?

My long-term proposal, which received a lot of support from the public in 2014, has implications for the government’s way of doing business. First, it requires a reprioritisation of funding, even if this means closing down some of the government’s ambitious projects. NSFAS will also be required to embark on fund-raising efforts.

Second, close co-operation between the departments of basic education, higher education and training, social development and finance is crucial.

The elements of my proposal are:

Unlike the present criteria of NSFAS, merit and need are the criteria. Students will be obliged to perform well when they reach higher education. The nation will have invested in them and they need to have this at the back of their minds.

This model should be one of the drivers of the National Development Plan. But realistic timeframes for implementation will be crucial for bringing about stability.

Forward planning
For the present, during the multi-stakeholder discussions, universities must be encouraged to present three-year budgets so that, on the one hand, the government can find the necessary funding and, on the other, the institutions will not have to consult the students’ representative councils about annual budgets in the next three years.

The zero-increment decision must be publicised widely, with educational information about it. Any right-thinking person should know that it is not possible to wake up with zero fees and still be able to run educational programmes and administration, as well as maintain the physical plant.

If both sides could put a moratorium on distracting activities and commit themselves to this as a national project, our education system will be totally different in five years’ time.

McGlory Speckman is a former dean of students at the University of Pretoria. He is now a professor in the department of New Testament studies. Contact him at [email protected]

NSFAS board dissolved as Carolissen steps in

​Student aid funding scheme may have a new future