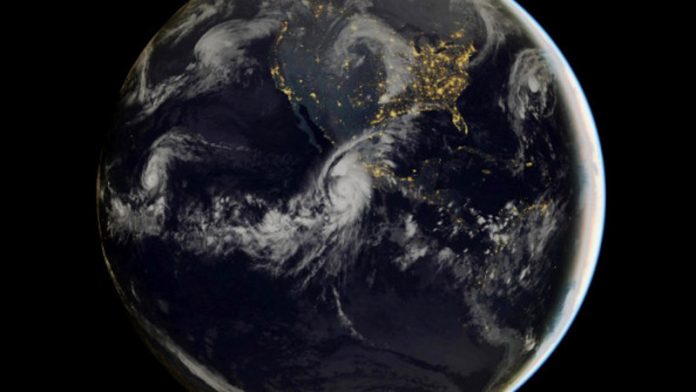 At the recent South African International Renewable Energy Conference in Cape Town, it was striking that one of the side-events with the most women in attendance was focused on rural electrification. Clearly the need for rural electrification is particularly urgently felt by women.

Global warming is perhaps the ultimate expression of patriarchy. It is one inevitable outcome of a global power structure that has long held men, mostly white wealthy and middle-class men, as the thinking subject while everyone else became, with nature, an exploitable object.

Climate change caused by carbon emissions will hit rural African women first and hardest. For reasons of culture or where men are migrant workers, African women currently bear primary responsibility for food production, and sourcing fuel and water – all of which are threatened by climate change. For this reason, building a renewable energy economy that helps to avert climate change as far as possible is incredibly important.

But even if climate change were not a problem, renewable energy would still be transformative for women’s development.

In the !Kheis municipal area of the Northern Cape, for example, where 70% of people are poor and unemployed, basic solar home power systems have been rolled out. They include three interior lights, an outside security light (a vital contribution to women’s safety), and a radio and cellphone charger. The systems can be upgraded. One woman for every 50 households has been trained to maintain the systems and collect data on how they are used, building community and employment.

Off-grid systems are sometimes considered to be a second-best option — but their users often do not agree. These systems are cheaper to run, and when load shedding hits the wealthier members of the community, the poor are unaffected: “During load shedding, the have-nots have, and the haves have not.”

These systems offer the chance for precise scalability, matching to people’s actual needs, and for real participation and community economic development.

“If you have no lights, you cannot clean at night, so this changes women’s lives totally. It is a totally different community, it gives them back their dignity,” says Teresa Scheepers, the regional municipal manager.

As another conference participant observed, “I have not seen a technology that has such a developmental impact as renewable energy technology.” This is in part because the economic empowerment of women has a multiplier effect, improving health and family outcomes, and laying the foundations for deeper participation in the formal economy.

But it is not just in marginalised rural communities that renewable energy technology offers new opportunities for women. The structure of our current economy — indeed, our society — is deeply linked to the energy sources on which it is dependent.

Fossil fuel companies do not just pollute air and water without penalty, imposing the costs of their dirty business models on the most vulnerable. They also pollute our politics. Countries that are dominated by extractive industries are notoriously more corrupt than those that are not — the so-called “resource curse”. It stands to reason then, that if we wish to reduce corruption — such as ANC kickbacks from companies – we should also reduce our dependence on fossil fuels as far as possible. Since women are more vulnerable to the effects of corruption than men (according to a 2008 report by Unifem), this reduction in corruption will bring substantial benefits for women.

As Michael Liebreich of Bloomberg New Energy Finance observes, “Clean energy is inherently more local, more distributed, more accountable … the revolution afoot in energy, driven by new technologies and distributed generation, can and should mean a democratisation of social as well as electrical power.” That means that renewable energy development can support African communities and community values, as communities that are embedded in the natural world and do not hold themselves above it, in ways that the technocratic, ruthless capitalism of extractive fossil-fuel energy does not. To put it another way, renewable energy brings us back in touch with the rhythms and cycles and limitations of nature.

Following the #FeesMustFall student protests, South Africans have been asking themselves how the government will fund new commitments to higher education. One possibility is the savings on fossil-fuel imports that could be made if we strengthened our commitment to renewable energy for 100% renewable energy supply by 2050. This would save us an additional R30 billion each year in reduced fossil-fuel imports, according to an analysis by the New Climate Institute. It would also prevent an additional 1 200 deaths due to air pollution; and create an additional 25 000 jobs.

The global energy sector is notoriously male-dominated. Though the emerging renewable energy sector remains notably male-dominated, in many instances it is more open to gender-inclusive practices. In countries like Germany and the UK, women are more visible as industry leaders in the renewables sector than they are in old energy, particularly in Germany’s multitude of community energy companies. Bloomberg New Energy Finance actively seeks to grow the participation of women in the sector.

If women are to benefit from a 100% renewable energy target for South Africa, we must ensure this goal is adopted. We must stand up for renewable energy, whether in business or politics or as consumers. We should lobby those institutions that are intended to represent women, such as the gender commission, to add their voices to this call. We should call on women in politics to stand up for a more democratic and humane national energy policy that will truly benefit women — and everyone else too.

Dr Yvette Abrahams is a research adviser to Project 90 by 2030.