Making do with the price of bread 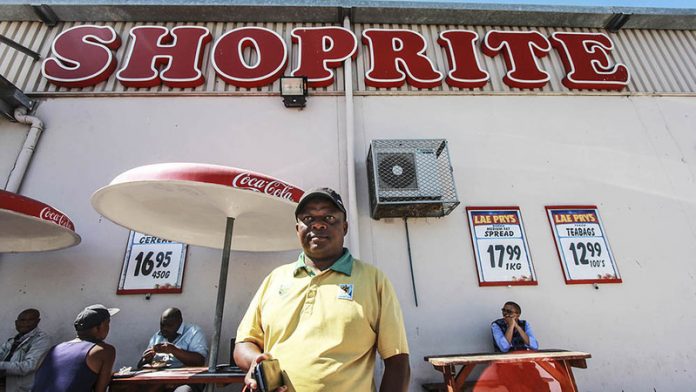 Outside Shoprite in Khayelitsha Mall, two men sell music CDs. Sitting next to them is Sindilo Miso (47), his peak cap obscuring his face, as he hunches over his work notes.

He is an independent property consultant; as a start-up, he knows money is difficult to make. When he was a child, he paid 9c for a loaf of bread. Now, even bread is hard to put on the table.

“Bread is what everyone takes every day, even if you don’t have a lot of food in your cupboard. Now, once that goes up, it means the person who already had nothing in his or her cupboard is going to starve,” he says.

When the student #FeesMustFall protests started in October, a group of Khayelitsha residents marched on Khayeltisha Mall’s Shoprite branch, under the banner #BreadPricesMustFall. They were in solidarity with the students, but their demand wasn’t just about education – they wanted bread prices to drop.

For people like Miso, who last week paid the outstanding R11 000 for his 14-year-old son’s school fees, it’s a big ask: “For now, by the grace of the Lord, we are managing. But, as you know, the majority of the people cannot,” Miso says.

Big retailers such as Shoprite sell their own in-house bread at a lower price than major bread brands. A consumer could pay R9.99 for a name-brand loaf of brown bread, but Shoprite’s bakery sells a 600g loaf at R6.49. The retailer says the weak rand and wheat prices are what have driven the increase.

Sarita van Wyk, Shoprite’s spokesperson, told the Mail & Guardian: “South Africa is a net importer of wheat; the price is further affected by a weak rand and the recent increase in import tariffs of wheat.”

According to the National Agricultural Marketing Council, an organisation that provides marketing advice on agricultural goods to the minister of agriculture, forestry and fisheries, South Africa lost its self-sufficiency in wheat production in 1997-1998. Decrease in production and a growing demand for bread meant the country had to begin importing wheat, leading imports to increase by 294.5 %.

But the weakening rand has left the wheat industry vulnerable to higher prices, with water shortages compounding things: “The weak rand and lack of rain are increasing farmers’ input costs, which will largely be passed on in the form of an increase in food prices,” said the council.

Four major food corporations lead the bread industry in South Africa. In 2010, an investigation into the bread cartel in the Western Cape revealed that Pioneer Foods, Premier Foods and Tiger Brands were involved in cartel activity: uncompetitive behaviour, which included price fixing.

This week the Supreme Court of Appeals found the Competition Commission’s ruling that Premier Foods had engaged in anti-competitive behaviour invalid. Premier Foods, which gave evidence against Tiger Brands and Foodcorp, is now protected from a class action lawsuit that union federation Cosatu, the National Consumer Forum and small shop-owners are planning against the cartel.

Meanwhile, in Khayelitsha, far from big corporations and the global supply-and-demand chain, Miso believes the answer is in job creation and workers earning a living wage.

“The major problem now is that this escalation of price when it comes to bread does not match the wages that the people are getting,” Miso says. “If people had jobs, and not this exploitation that is taking place, where you don’t consider the inflation when you employ people, and you’re just using them, I think that’s where we need to start.”

Outside Shoprite, two girls – aged four and five – walk up to Miso with creased A4-sized school forms in their hands. Their school is hosting a traditional dance and needs donations. As Miso hands them a few coins, shoppers exiting Shoprite walk by with a few bags.

The connection between the preparation, consumption and sharing of food is a sacred one
Read more
Coronavirus

Sit up, take notice and get angry that a third of South African households have R120 or less a person a week for food, let alone nutritious food
Read more
Coronavirus

With no nutritional reserves, Covid-19 will push people over the edge

The future of the middle class is bleak

Cost pressures, stagnant wages and a bleeding economy are pushing many people into poverty
Read more
Advertising
Continue to the category
Politics