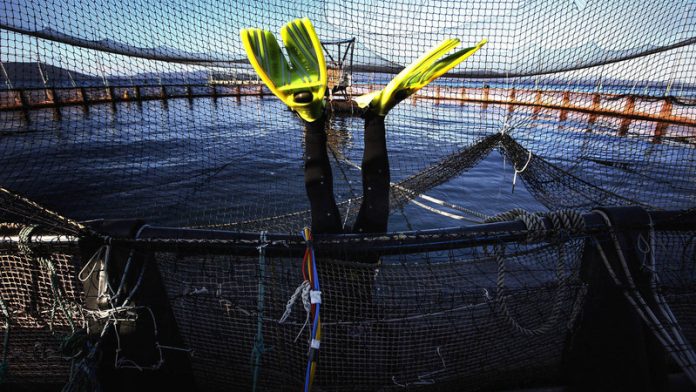 More people than ever before rely on fish as a source of nutrition, income and wellbeing.

According to the State of World Fisheries and Aquaculture report published in 2014 by the Food and Agriculture Organisation of the United Nations, fish accounts for almost 17% of the global population’s intake of protein, and the fishing industry supports the livelihoods of about 12% of the world’s population.

The UN estimates the current world population of 7.3 billion is likely to reach 9.6 billion by 2050. Providing adequate nutrition for these burgeoning numbers is an ongoing concern. With fish being a concentrated source of protein, fatty acids and essential nutrients, the fisheries sector plays a crucial role in world food security.

Aquaculture — the breeding, rearing and harvesting of plants and animals in salt or fresh water — is the fastest-growing food production sector in the world, and has been widely identified as the silver bullet for the world’s food security issues.

Khumo Morake, director: aquaculture technical services at the department of agriculture, forestry and fisheries (DAFF), said aquaculture is becoming a priority around the world.

“The global population is growing, and the demand for fish is increasing as more people are realising the health benefits of eating fish, and fish stocks in the world’s oceans are declining fast. Many communities, particularly in developing countries, are reliant on fish as a dietary staple, and governments the world over are faced with meeting the huge challenge of feeding their people while protecting natural resources for future generations,” said Morake.

“Aquaculture has an enormous role to play in the elimination of hunger, the promotion of health, and the reduction of poverty.”

South Africa’s aquaculture industry will, if government’s plans are on track, play a key role in supplementing dwindling wild fish stocks with farmed produce, increasing current production from 5 000 tonnes a year to 20 000 tonnes. In so doing, it will create jobs and provide permanent employment to about 15 000 people, and contribute as much as R3-billion to the country’s GDP over the next five years.

But there is much work to be done. While aquaculture contributes to around 50% of the global fish stock, it currently generates less than 1% of South Africa’s supply.

The goals may seem lofty, but Morake is confident the sector is capable of significant growth to achieve success.

To enable and encourage growth in the industry, DAFF in collaboration with the department of trade and industry launched the Aquaculture Development and Enhancement Programme in 2013, to incentivise private investors to put their money into aquaculture.

A year later, Operation Phakisa was launched by government in 2014 to “unlock the economic potential of South Africa’s oceans” according to President Jacob Zuma. In line with this, DAFF established a chief directorate for aquaculture and economic development, with a team dedicated to promoting aquaculture to contribute meaningfully to job creation, economic development, sustainable livelihood, food security, rural development and transformation in South Africa.

Morake said that various efforts have been put in place to overcome these obstacles, including the introduction of an interdepartmental authorisation committee to shorten the length of time it takes to agree on initiatives, and the signing of a memorandum of agreement between DAFF and various local universities to drive a more co-ordinated R&D programme.

Roger Krohn, chairman of the Aquaculture Association of South Africa, said growth in the local industry is happening, but it is slow: “Efforts from governments are there but they’re constantly log-jammed, which hinders progress. For example, since the inception of Operation Phakisa (which means ‘hurry up’ in Sesotho), we’ve been trying to extend five-year leases for the waters in Saldanha Bay to 15-year leases. In 15 months we’ve made no progress with this. Regulatory bottlenecks like these are short-sighted — no company will invest millions in an operation that only offers a five-year lease.”

Henk Stander, general manager of aquaculture within the Faculty of AgriSciences at Stellenbosch University, believes that with a better regulatory framework in place and improved co-operation between government, private sector and tertiary institutions, the industry in South Africa has enormous market potential.

“I know the government is in the process of streamlining its legislation, but it’s taking unduly long to do so. The industry needs less talk and more action from government.”

Stander said our unique environmental conditions need to be taken into account when looking to other countries for ideas — no single country’s modus operandi can be implemented without customising it to our requirements.

“Our coastline is long and although it’s rugged and the seas rough, we have not tapped into all our resources yet. Farming seaweed is an example — there’s good scope for marine aquaponics. We need a strategy to get more people involved, particularly in coastal areas where there’s much poverty and unemployment.”

While aquaculture is deemed by many to be the way forward to achieve food security and sustain our oceans’ wild fish stocks, it can have negative environmental impacts. Chris Kastern, World Wildlife Fund South Africa manager: Seafood Market Transformation pointed out that the commonly held belief that aquaculture is the best solution to relieving pressure on wild fish stocks is not necessarily always correct.

“Fish in fish farms need to be fed. Often the feed conversion ratio of certain farmed fish is efficient but the formulation of the feed still requires significant quantities of fish meal and fish oil — many fish, like the imported Atlantic salmon that many South African sushi lovers enjoy, require that up to 4kg of fish needs to be caught to produce enough feed to make 1kg of salmon. This is one example where aquaculture relies on harvesting from wild forage fish populations to produce the fishmeal and fish oil required to fuel and grow the sector. We need to ensure that this harvest from fish stocks is done sustainably or there could be negative impacts on the oceans.

“The perception of fish farming being able to relieve pressure on wild stocks is not always true. Often much of the commercially farmed fish have been bred to meet certain market demands, rather than to promote food security or to relieve fishing pressure on wild fish stocks. We therefore need to continually encourage research and innovation that works towards developing efficient and productive aquaculture systems that have a low environmental impact.”

World Fisheries Day provides an international focus on the important role fish plays in our lives. Fishing feeds millions of people, generates jobs and provides income, is historically intertwined in our cultures and traditions, and is a source of many products, from medicine to clothing. World Fisheries Day draws attention to misuses in the industry like overfishing, habitat destruction and the numerous ways in which the sustainability of the world’s marine and freshwater resources are being threatened.

• More than one billion people across the world rely on aquaculture fish as their main source of protein.

• 150g of fish can provide as much as 60% of an adult’s daily protein requirements.

• Over 100 million tonnes of fish are consumed annually.

• As much as 40% of all seafood comes from fish farms.

• Asia has the most active aquaculture industry, producing 88.5% of the world’s farmed fish.

• Africa produces about 3% of the world’s aquaculture stock, with Egypt, South Africa, Nigeria, Lesotho, Uganda and Mozambique being the most active countries.