Lessons in the paradoxes of race and capital 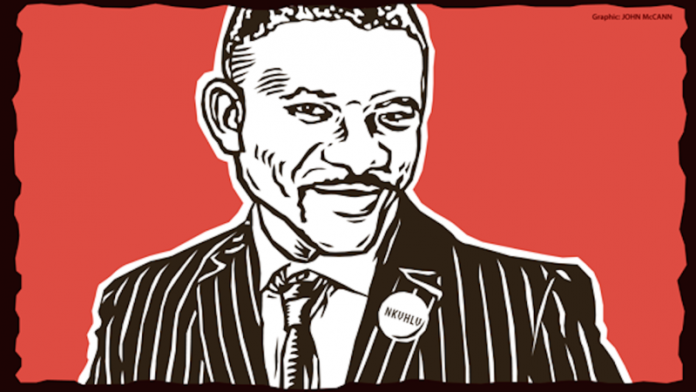 Andile Nkuhlu, the politically connected businessman who died on December 1, seems to have slipped out of life with the same grace with which he lived it. His life offers valuable lessons in understanding South Africa’s so-called transition from apartheid to neo-apartheid, which has not changed the fundamentals of the racist nature of our country, and an opportunity for us to meditate collectively on how hopes for change are repeatedly sacrificed by those seeking inclusion in a system that excludes the majority.

Nkuhlu was a political animal who managed to morph into a businessman without losing his connection to politics. He was a survivor, who almost went down with the “Shikota train”, otherwise known as the Congress of the People. A master of timing, he foresaw that Cope wouldn’t cope, so he jumped ship before the post-Polokwane Titanic hit the political iceberg and irreversibly sunk its political fortunes.

Nkuhlu can be described as part of the post-1994 generation of the patriotic bourgeoisie – economically empowered black men and women. He died at a time when black economic empowerment (BEE) is under attack by a strange alliance of BEE-beneficiaries-turned-firebrands-for-“economic freedom”, who decry the racist stereotypes about BEE, but are the favourites of the white capital they claim to be at war with.

If you had had the opportunity to meet Nkuhlu, you would have been struck by his demeanour, which was contrary to the usual image of a politician. He was thoughtful and considerate, didn’t hog speaking time and greatly enjoyed struggling with ideas. One got the sense that he was an astute strategist and background operator rather than a person who led from the front with struggle songs and toyi-toyiing.

There was also a subtlety about his wealth. He didn’t come across as a vulgar “eatist” beholden to shiny, expensive things. All these attributes made his company pleasant, even if one didn’t agree with his views.

Nkuhlu came into the public eye as part of the generation of the ANC Youth League that institutionalised bling and glamour as the new mantle of political leadership. That generation competed with celebrities and often outdid them in outrageous public antics to demonstrate that they were living the high life. Things became so bad that corporations endorsed them as they do sportspeople and celebrities. They presented themselves as warriors for economic freedom, but they were beholden to white capital.

Correctly seen, this group, which was led by Fikile Mbalula, embellished what their predecessor Peter Mokaba had invented. It was Mokaba, the youth league firebrand, who normalised the idea of bling as mandatory for radical young blacks. He knew how to turn political popularity into a cash cow for his personal benefit. He mounted stages and sang “Kill the boer, kill the farmer” to the delirium of the angry and hungry masses, who identified him as their saviour – but after the rallies Mokaba went back to the same boere (his apartheid spymasters) to collect a pay cheque.

It may have been Smuts Ngonyama who said: “I didn’t struggle to be poor”, but it was the youth league’s leaders who lived bling lives, sponsored by white monopoly capital, their ostensible archenemy, who really gave meaning to the phrase. At night they indulged in expensive whiskies with the enemy and went home with bags full of money.

Although Nkuhlu tangoed with Kebble, he was certainly not one of those who indulged publicly in vulgar acts of consumption. At the height of the Kebble-sponsored gluttony it is said that South Africa was the biggest importer of an outrageously expensive French cognac. It was around this time that another prominent French company, known for its signature monogrammed handbags and luggage, plus chic apparel, also became part of the political identity of youth leadership. The owners of the two French companies must have been surprised by the veneration their ancestors enjoyed from the Dark Continent.

Mokaba’s political practice cemented the idea of politicians doing the opposite of what they proclaimed. Then we had aspirant capitalists who claimed to fight capitalism – now we have agents of imperialism who claim to fight imperialism.

One of the main points of disagreement between Nkuhlu and me was his insistence that, without a solid black bourgeoisie, decolonisation and racism would not be defeated. This argument is correct if you accept the assumption that capitalism is here to stay and controls every facet of life. Why wouldn’t you prefer black controllers to whites? Of course, I rejected this notion on the basis that all capitalism is bad.

Nkuhlu’s retort, which needs careful consideration, was that if all capitalism is the same, why is the black bourgeoisie treated differently from its white counterpart? Here we can see that race trumps economics. It is in this context that we have to understand why the renewed attack on BEE is actually not about the weaknesses of BEE, which are many and deep, but rather a racist imperialist agenda against all things black.

It’s instructive that the new salvo against BEE was delivered by Julius Malema, the leader of the Economic Freedom Fighters, from the United Kingdom, the high seat of imperialism. The irony is that not a word was said about the largest cash-in-transit heist executed through the delisting of the “big five” from the JSE and the repatriation of a staggering amount of wealth to the London Stock Exchange. It is said that, in 2007 under Thabo Mbeki’s presidency, South Africa lost 20% of its gross domestic product to capital flight.

Malema’s attack on BEE affirms the racist notion that white capital is good and aspirant black capital is bad. BEE is corruption, but white business is to be engaged. This colonial thinking happens within the paradigm that the UK is “civilised” and Africa is “backward”.

What Nkuhlu would have noticed, which has not been highlighted in these new controversies about BEE and economic transformation, is that there is no call to end white capital, only a call to include black workers in profit-sharing while excluding black business, which has now been equated with corruption.

What this means is that white capitalists are guaranteed their position as individual owners and blacks join in the stake as a group. Let’s take a crude example: if Absa were ever to give 51% of its shares to its workers, it would mean thousands of blacks would own this stake and a few whites would still have controlling power over the institution.

White capital is correct to celebrate the new bashing of BEE in favour of the proposed share-ownership schemes. They prescribe collective ownership for blacks but ensure individual ownership for whites, thereby maintaining the status quo. Blacks join in as self-exploiting junior partners in schemes that have already been tried and failed dismally as is evidenced by what happened with “share equity schemes” in the agricultural sector.

But there is no call to end capitalist exploitation itself, no questioning of where the profits come from. A study of Marxism would reveal the horror of the foundations of all profit, and banks would be seen for what they are – robbers of the masses for profit. Add to this the absence of awareness of the stolen billions now sitting in London and you have the perfect Mokaba political practice – shouting at imperialists in public, but serving their agenda in private.

Part of the practice of pickpocketing white capital is to make threats about its expropriation without any intention of doing so. The first post-1994 generation of black mining magnates got their break through threats of nationalisation and mass mobilisation. After their inclusion in the racist structure of the economy, they did not deliver economic freedom but gave us the Marikana massacre in service of white capital.

Nkuhlu’s warning about how racism ensures double standards when evaluating capitalism is worth noting, more so when empirical evidence shows that actually it’s whites who have benefited most in the past 20 years from the government’s economic policies. The canard that BEE has benefited blacks, whether a minority or not, needs to be laid to rest. If in doubt, just look at the Sunday Times’s annual “Rich List”.