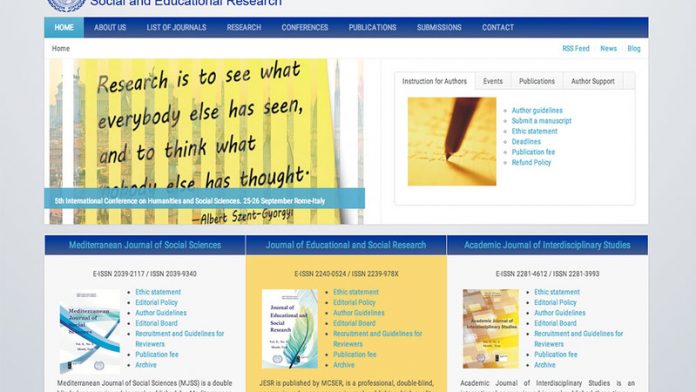 I check my spam folder and there they are, the daily six or so desperate appeals from widows of African despots to launder their late departed’s dosh – the Nigerian 419 scam. There must be suckers who fall for it because the invitations keep coming.

But now, for the past year or so, my Google mail is adding a new kind of spam: what I choose to call “university 419” – solicitations from predatory open-access journals asking me to publish, immediately and cheaply, in their peer-reviewed, citation index listed online journal.

And they keep coming because not only do the scammers win (for the academic authors pay them in US dollars to publish their articles) but the authors (if this bunch of incompetent, copy-and-paste plagiarists can honestly be called authors) also win (for our universities reward them with kickbacks, which are a percentage of the subsidy paid to the university by the department of higher education and training for each published article), and the universities (increasingly run by managerialist regimes of Philistine near-illiterates obsessed with the jargon of performance agreements) win too, because they get more subsidies.

Finally, the authors win again because, under the new university processes, people are now mechanically promoted to senior lectureships and professorships on the basis of how many publications they have on their CV, whatever the quality.

I was first alerted to this new plague by a University of KwaZulu-Natal colleague, Keyan Tomaselli, in our university house journal. Nothing significant seems to have been done to stop the practice.

Internationally, the disease is reaching epidemic proportions. According to the fundi on predatory journals, Jeffrey Beall (see scholarlyoa.com), in 2001 there were 18, in 2014 about 477, and this year the tally is 693. It should now be mandatory for every academic to consult regularly the fount of information on these predatory journals that is his website. Many of these online journals have bogus “impact factors” and some now even hijack respected journals, copying their websites and suchlike.

Unfortunately, the way in which the department rewards universities for academics publishing, initiated to incentivise the publication of research, and the production of more graduates with master’s degrees and doctorates, has become a pernicious and corrupting influence on our universities. Because, like everybody these days, universities and their staff want the money (and, yes, they truly do need it, but then so do technical vocational education and training colleges, and adult basic education learners in the pathetic apology for an adult education system).

So universities are allowing unprincipled lecturers to write garbage in scam journals and supervise paint-by-numbers master’s and doctoral theses that are worthless – to get the subsidy.

One of the special favourites of South African lecturers is the Medi­terranean Journal of Social Sciences. The journal, whose Rome head office address is an empty parking lot, is actually run from Albania. Until recently it was on the department’s list of approved journals.

But even the department began to balk when one academic published 12 articles in this journal in 2014 alone. I did a cursory search through this online journal and found many articles by academics from our universities.

Also, I recently came across an article in another dodgy journal in the Apex suite “authored” by two department of basic education officials and two academics from two well-known universities.

Apart from being incoherent and so badly referenced that a first-year student would be failed for it, it shamelessly plagiarised my own work and that of another well-known academic. It is time that the whole system for rewarding output in South African universities was revised. Clearly, a lecturer who can double or treble his or her income by using these publishing mills is not going to be interested in such a mundane thing as being a better lecturer.

What we are facing is another new aspect of the breakdown of the academic system in which academic promotions can no longer be guaranteed to be based on merit.

Instead, they are, in Beall’s words, “based on the ability to create articles that look like scholarly articles and to publish these articles in scholarly vanity presses like the Mediterranean Journal of Social Sciences. This is pseudo-academia.”

John Aitchison is a professor emeritus of adult education at the University of KwaZulu-Natal.