Stop shafting the ‘side chick’ 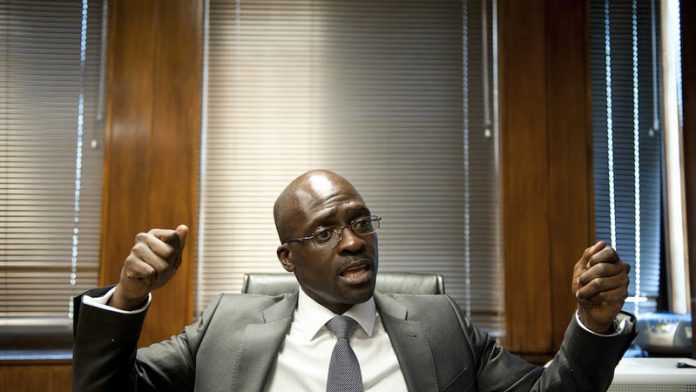 When it comes to sex, men just cannot help themselves. “He slipped and fell into her vagina.” “She had beer-flavoured nipples.” “She bewitched me.” “She was breathing and existing in real time.”

Men accept little to no blame for their sexual deviations from the monogamous structure that houses marriage because, well, the women were there, tempting them by merely existing.

We are now all aware that Minister of Home Affairs Malusi Gigaba has seemingly been unable to get the affairs of his own home in order. The drama surrounding his alleged extramarital trysts was further heightened last week when his “mistress”, Buhle Mkhize, decided to tell her side of the story in an open letter.

In it she revealed details of how her relationship with the minister began (on Instagram), and of his flirtatious messages and cash gifts – and that she only discovered he was getting married on his wedding day.

What her ignorance got her was an onslaught of criticism. Mkhize has been the recipient of a media backlash, a social lashing and, apparently, a series of attacks from the scorned wife.

Noma Gigaba and her friends have reportedly taken to social media platforms to attack Mkhize, whereas the minister has emerged seemingly unscathed from this mess, except for the odd mention.

All is seemingly intact for him, yet Mkhize has made headlines across South Africa and has reportedly been forced to leave social media. This is just the most recent example of how society vilifies the other woman – the mistress or the “side chick” – for men’s sexual misdemeanours.

Men need to take responsibility for cheating and society needs to assign that blame to them. Understandably, if the third party was cognisant of the circumstances, they should get shares in it.

But as the one in the relationship who strayed, you are majority owner of the shit storm you have caused through your actions.

We must stop trying to make the other woman the chief executive of that venture.

This is not to say that women are blameless. Yet to claim, as a family member of mine did during a heated conversation, that “if women just said ‘no’, men wouldn’t cheat” is ludicrous. This is the mentality that forms the basis of our misplaced and unfair anger towards women once an affair is exposed.

Women want sex and think about it as often as men. Scientific studies, such as one in the Journal of Sex Research, have shown very little difference between how much men and women think about sex.

But most women have learned how to conduct ourselves when in a committed relationship – we know better than to try to touch anything with warm, moist body parts and a heartbeat.

There is a myth that men think about sex all the time and need sex all the time, which allows nature to preclude them from any fault when it comes to sexual misdemeanours.

The assumption that women need to be the guardians of sexual morality in society is based on ideas that women must be pure and must protect their virtue from the onslaught of testosterone coming their way. It is based on the notion that men are naturally sexually ravenous and so, like children, they must have their cookie intake regulated by someone mature.

The idea that women must protect the relationships of others – and be punished when they do not – is both unfair and problematic.

This train of thought allows for more serious social issues such as victim blaming. It has constructed a society in which women and children are taught how not to get raped, rather than teaching those who could potentially rape how not to be rapists.

We do not bother to teach men not to sexually assault women because hey, you can’t teach an old dog new tricks. Actually, we can teach old dogs new tricks – because we as women who are very much sexual beings have known these tricks for millennia.

Unfortunately, sometimes women do not want to be “adult” when it comes to sex, nor should we have to be. It is not our role to baby-sit your ball sack – not as your wife, lover, Instagram follower or even as a woman wearing something revealing in the street.

When a man is stepping out on his relationship, the myth that he is “naturally prone to cheating” does not mean that women must be the ones to stop him. Nor should they be the ones to bear the social consequences. We are all adults: we make our beds and must lie in them.

Kagure Mugo is the cofounder and curator of the HolaAfrica! blog