Van Rooyen: No deals signed while I was finance chief 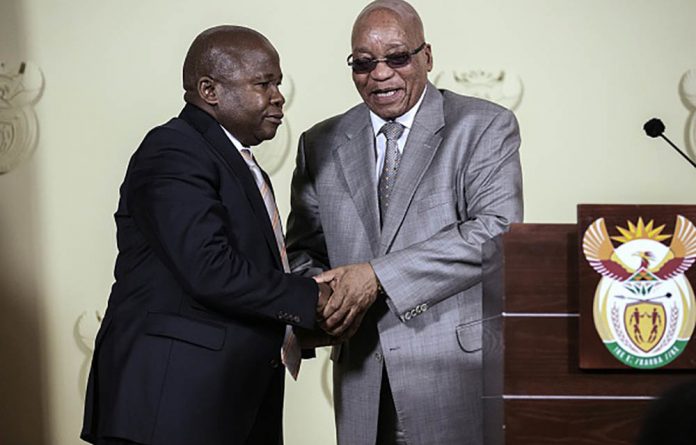 In his first public address since his appointment on Sunday, David van Rooyen, has asked the public to judge him based on his performance, and to “stop looking towards the past”.

Van Rooyen was controversially appointed on Sunday night after a four-day stint as finance minister.

Van Rooyen previously served on Parliament’s portfolio committee on finance. Before that, he was the mayor of the Merafong municipality. Questions about his fitness for office arose at the briefing on Tuesday due to his track record as mayor.

But Van Rooyen said it was exactly this experience that gave him unique insight into the challenges faced at local government level. He said being mayor had taught him the importance of community engagement.

Speculation has been rife about why he was appointed as finance minister in the first place, given the fact that he was largely unknown.

On Tuesday, Van Rooyen was asked if any “deals” had been signed while he was in that ministry, particularly the South African Airways (SAA) deal with Airbus.

The rand nosedived after his appointment as finance minister. His immediate reaction to questions about the developments around his appointment was to appeal to South Africans to focus on the future.

“Let’s avoid being stuck in the past,” he said.

“Nevertheless, I must indicate that, as a humble servant of the glorious movement of the ANC, from an early age of 16 years, I’m ready to be deployed to anywhere, at any time. Even if its for two hours, even if its for four days, even if it’s tomorrow. I’m ready,” Van Rooyen said.

He said “no deals have been signed, if that’s what you want to hear”.

Van Rooyen said he found out about his appointment as local government minister after being engaged by President Jacob Zuma. He said he was sure that “the leadership had applied its mind” to make “the right decision”.

Van Rooyen was also asked how he planned to deal with municipalities that owed money to Eskom. He said that previously, agreements had been reached between treasury and the various municipalities.

Van Rooyen said the department was committed to assisting municipalities in maintaining and upgrading their infrastructure.

The South African Municipal Workers Union previously said it had little faith in Van Rooyen as a minister of local government. Van Rooyen said he was prepared to engage the union on the issue.

City of CT to act against security company, #ReclaimClifton protesters

Elections set for May, final registration weekend in January — IEC