Japanese bookshop stocks only one book at a time 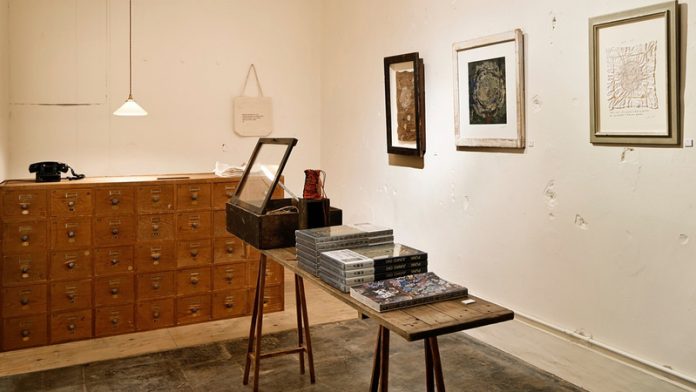 With hundreds of thousands of books published every year, the choice of what to stock can prove bewildering for booksellers. The owner of one small bookshop in Tokyo has taken an unusual approach to the problem: Morioka Shoten, located in the luxury shopping district of Ginza, offers just one title to its customers.

Owned by experienced bookseller Yoshiyuki Morioka, the store opened in May 2015, stocking multiple copies of just one title, which changes weekly. Books to have featured in the shop include Finnish author Tove Jansson’s novel The True Deceiver, in which a young woman fakes a burglary of an elderly artist’s house to persuade her she cannot live alone, and Hans Christian Andersen’s Fairy Tales.

“Before opening this bookstore in Ginza, I had been running another one in Kayabacho for 10 years. There, I had around 200 books as stock, and used to organise several book launches per year. During such events, a lot of people visited the store for the sake of a single book. As I experienced this for some time, I started to believe that perhaps with only one book, a bookstore could be managed,” said Morioka.

“This bookstore that sells only one book could also be described as ‘a bookstore that organises an exhibition derived from a single book’. For instance, when selling a book on flowers, in the store could be exhibited a flower that actually appears in the book. Also, I ask the authors and editors to be at the bookstore for as much time as possible. This is an attempt to make the two-dimensional book into three-dimensional ambience and experience. I believe that the customers, or readers, should feel as though they are entering ‘inside a book’.”

Other titles to have featured in Morioka Shoten include Tsukiyo To Megane (Moon Night and Glasses) by Mimei Ogawa, Karachi No Moto (Source of Form) by Akito Akagi, Koichi Uchida and Takejiro Hasegawa, and Karl Blossfeldt: Working Collages, a collection of the artist’s photographs of plants. The first title to be sold next year will be Maseru Tatsuki’s photo anthology Fish-Man.

“The concept of this bookstore seems to have gained the sympathy of a lot of people, and I receive a number of guests from all over the globe,” said Morioka, who has sold 2100 books so far.

The bookseller added that while “the current book market seems to be taking second billing to ebooks and other media such as social networking services”, he believes that “a book is a physical object with special attraction that has been, is and will always be the same, and that many will continue to utilise physical books, especially as a communication tool”. – (c) Guardian News & Media Ltd, 2015

The work of Patrick Shai: A pleasurable pleasure to experience